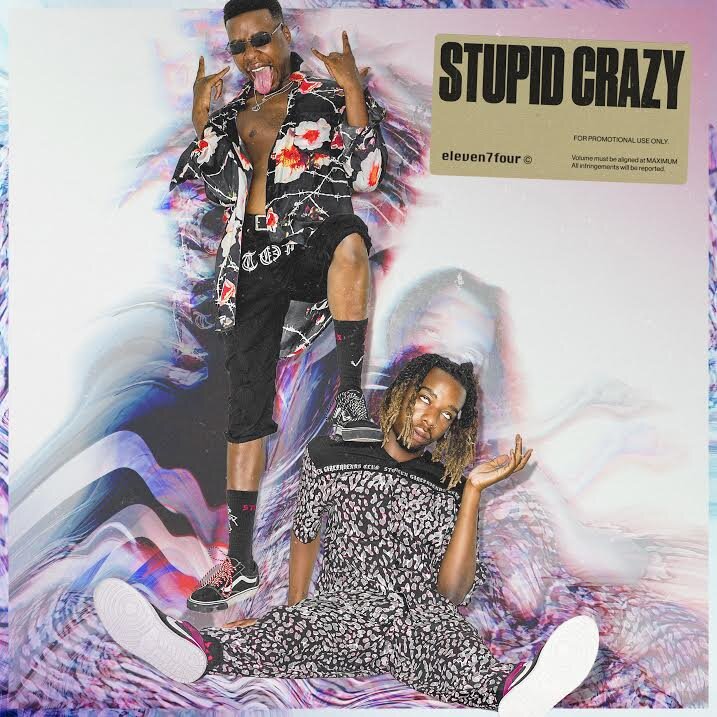 If you’re looking for a new bop to blast with the homies, “Stupid Crazy” by eleven7four is the track for you.

This song embodies the high-energy party vibe we all enjoy. The pop/hip hop duo based out of New Zealand have perfectly captured the essence of letting go and put it to music. Originally from Zimbabwe, this musical team will be dropping their 7-track album at a to be determined date. Artists Shingi and Muche Murare co-wrote this album alongside Grammy nominated songwriter Tayla Parx.

A quote from the power duo expresses that “‘Stupid Crazy’ is the moment we step foot off the plane straight to the party, leave everything you know at the door. Don’t overthink or make it harder than it has to be just live in the moment. go stupid go crazy it doesn’t have to make sense just stick to the basics.”

The song’s fiery intro opens with a soft, low energy beatbox, but then once the downbeat drops the chorus comes in strong and your mind is transported to a carefree state. During this time of uncertainty, this is exactly what we need at the moment. In the track, eleven7four’s Shingi and Muche Murare assert, “You’ve been overthinking make it harder than it gots to be a man.”

Although this track seems to be aimed towards a younger generation, such a relatable line appeals to anyone who’s feeling down or lost during this Pandemic.