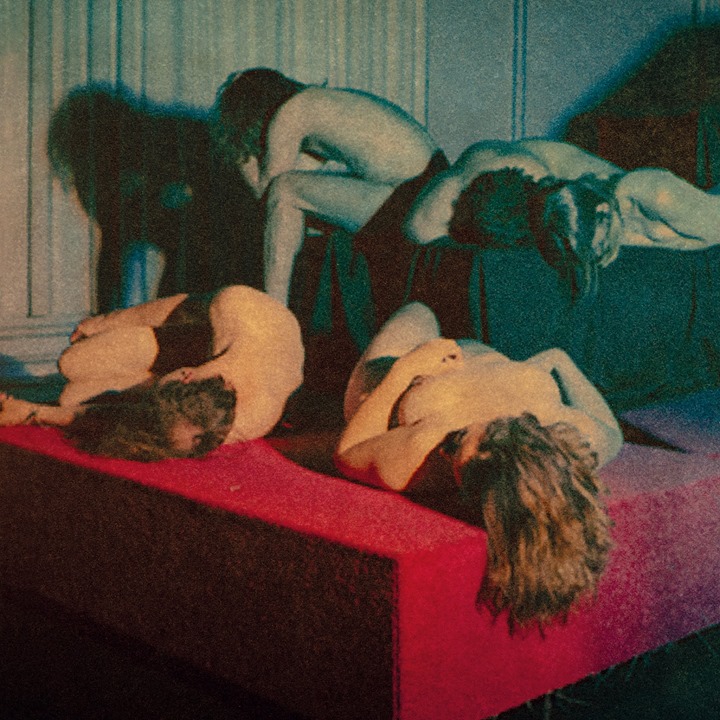 As a rule, it might well be a bit incautious to allow a somewhat young band with just a pair of singles and a 6-track EP to their name access – over a period of ten days, no less – to a fully kitted out professional studio with an arsenal of up-to-the-minute synthesizers among much else at their disposal. Though, true enough, that clutch of earlier releases was met with something approaching a universally rapturous response from both the darkwave universe and beyond, plus the band did win Belgium’s highly competitive Rock Rally in 2016, but still, mightn’t it have been wiser to wait until album two or three when they had a little seasoning and experience under their belt before letting them loose in the expensive playground of a big-time studio? Well, on the evidence of the deeply-affecting, riveting and rich tracks that make up debut LP Image, if there’s ever been a band worth the risk of ripping up that part of the rule book, Whispering Sons is it. As the band themselves, in the voice of of singer Fenne Kuppens, say on the powerful dirge-like “Skin,” “we’re not wasting time.” Indeed not.

From opener “Stalemate,” as urgent and punchy as existential desperation can get, through the thrumming Bansheesque “Alone” where the signature dual dynamic between bassist Tuur Vandeborne and lone 6-string guitarist Kobe Lijnen is especially strong – theirs is a kinetic, intuitive symbiosis (check “Hollow” for more incontrovertible proof) – “No Time”‘s twitching solidity, like a thing hanging on through a gritting of teeth and utter will, the synth-painted dystopia (brushstrokes courtesy Sander Hermans) of “Waste” to the hellish, percussive, champing-at-the-bit “Dense” (the sound of Sander Pelsmaekers’ drums throughout this album is a sumptuous pound but all the more notable here) and the valedictory, title-negating (if entirely irony-free) “No Image,” Whispering Sons display a confidence beyond their catalog years.

It’s an impression that benefits in no small part from how Image‘s overall sound profile has such a thematic integrity to it, an air of poignant resignation looming above these songs in a resonant, emotionally connective and perceptively sharp pall of dread that aspires toward beauty despite itself and succeeds with jarring clarity, succeeds, in fact, thrillingly. As this record makes clear, the Sons, while indebted to the medium in general, owe no one their existence and are instead nervously alive inside their own identifiable style. [Image and other merch available here]