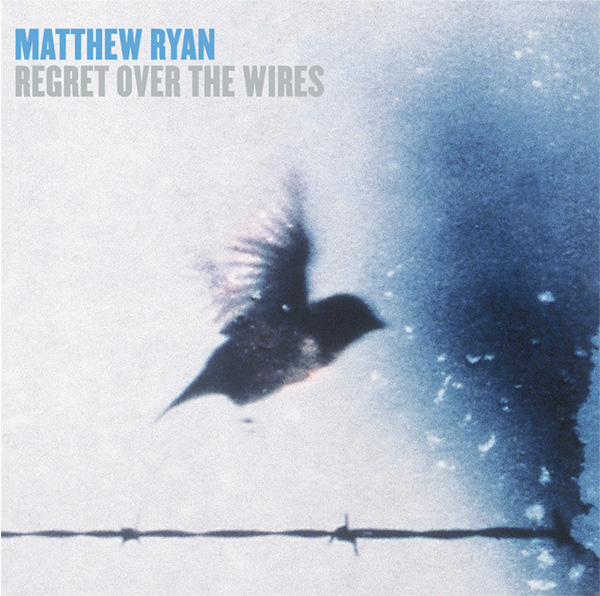 One of our favorite singer/songwriters of all time here at Stereo Embers is Matthew Ryan.

The Pennsylvania native is one of the greatest living chroniclers of the American heart. There’s a scrape and a burn in his voice that suggests everyone from Waits to Westerberg, but Ryan deserves to sit alongside them at the rock and roll banquet because Matthew Ryan is more than Saul Bellow’s “open wound of a man”–he’s a man who sings from that wound, gets sewn back up then bites at the stitches so he can go another round.

Wearying, sure, but that’s how Ryan does business.

And back in 2003 he did business with a wrenching entry into his winning discography called Regret Over The Wires.

It’s a haunting, mesmerizing effort that surveys the wreckage of a heart torn asunder and as he kicks through the graveyard of vandalized dreams, wishes gone wrong and love run aground, Ryan comes up with one of the most stirring song cycles you’re likely to hear in this lifetime.

And now it’s yours.

But don’t thank us here at SEM.

Thank Matthew Ryan, who is making Regret Over The Wires available for a free download.

For very personal reasons I want you to have this. It’s my album Regret Over The Wires from 2003, in full. DL if you want. Share. Free. Absolutely free.

I hope my friends that helped me make it, and all those involved can trust and know that I’m doing this with heart and generosity for specific personal reasons that have no business motives. My music and songs and efforts have always essentially been impressionistic mile markers. The link will be live through at least tonight. Then I will pull it down. Just some changes in my life that this album helps to mark. This is my way of honoring that. And that’s all I’ll say. It’s good stuff, nothing to worry about. Just those human tectonic plates grinding and shifting and changing.

David Porter interviews Matthew Ryan: A Great Song Is Like A Declaration Of Independence