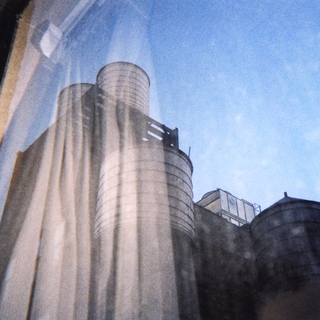 Mark Kozelek “speaks in your voice, American, with a shine in his eye that’s halfway hopeful.” Don DeLillo’s words speak volumes about what Kozelek has accomplished on the eighth Sun Kil Moon album, Common as Light and Love Are Red Valleys of Blood (Caldo Verde) – a sonic cathedral of stylistically diverse and intricately connected song-poems that capture one man’s journey through the extremes of the American experience.

Even though Kozelek delves deeply into human suffering and the nightmare of the Trumpian fiasco and our role in creating it (“Lone Star”), he never loses hope, decisively putting to rest his stereotyped identity as America’s top nihilistic misanthrope.

Kozelek’s humanity, which shines on almost every track, provides listeners with a sense of hope for the possibility of redemption. Just as in “Lone Star,” he mournfully attacks North Carolina “rednecks” for their disavowal of transgender rights and lazy Americans for their addictions to social media, he provides warm details of his meeting his friend Cameron Crowe, receiving Heart’s Dreamboat Annie for Christmas when he was a child, and the glories of his recently departed friend, Butch (“Butch Lullaby”).

In other words, Kozelek’s epic new songs don’t follow the template of Dylan’s equally epic “Desolation Row” and lament America’s wasteland mentality; they offer the redemption of friendship, love, empathy, intelligence, and, most of all, music. Perhaps his inclusion of the exact text of Max Tullio’s letter in “Sarah Lawrence College Song” best exemplifies this redemption: “I feel a sort of connection to [Kozelek’s music] that is less a melancholic thing but more of a reassuring thing.”

Kozelek’s inner world – and, crucially, the album has to come from Kozelek’s subjective experience for it to work as well as it does – contains multitudes. His feelings bring out the depths of the mundane and the extraordinary alike, challenging the listener to do the same. Kozelek values subjective experience – in all its rawness, in all its beautiful and disturbing modes – above everything else.

But subjectivity doesn’t lead to “stream-of-consciousness” writing, of which Kozelek has often been accused. True, Kozelek includes dates throughout Common as Light, giving the album the temporal structure of diary entries. But Kozelek goes beyond this simplistic structural device by binding the songs with lyrical allusions to other songs on the album and previous albums.

For example, Kozelek briefly tells listeners that he’s going to play Sarah Lawrence College in “Window Sash Weights” and then he describes the experience in “Sarah Lawrence College.” In the first song, he anticipates having a bad time there (“something I say will likely be viewed as offensive”). But, as Tullio’s letter shows, the concert can only be a success because it allows Kozelek the opportunity to discover that his songs touch people by providing them with a sense of community.

Kozelek also provides musical connections between his songs. “Philadelphia Cop,” “The Highway Song,” and other songs on the LP have what can only be described as similar folk-hip hop feels. In addition, “Window Sash Weights” has the same guitar riff as Benji’s “Richard Ramirez Died Today of Natural Causes.” Lyrically, “Window” features Kozelek’s proclamation of his obsession with the Elisa Lam murder (supposedly committed by Ramirez), “Sarah Lawrence” finds Kozelek playing “Ramirez” in concert, and “Stranger Than Paradise” contains Kozelek’s investigation of the murder. And, as if to top things off, Kozelek, in “Stranger Than Paradise,” recalls meeting former Sonic Youth drummer and Do the Right Thing actor Richard Edson. Another Sonic Youth drummer, Steve Shelley, plays on Common as Light and other Sun Kil Moon records. The Do the Right Thing reference reminds the listener of the racism that Butch experiences and that Trump propagates.

With Common as Light, Kozelek continues to bring newness into the world. I can think of no other album like it. Kozelek is Picasso with a guitar, Whitman writing the poetry of contemporary American speech, and master builder of intricate musical and lyrical cathedrals.