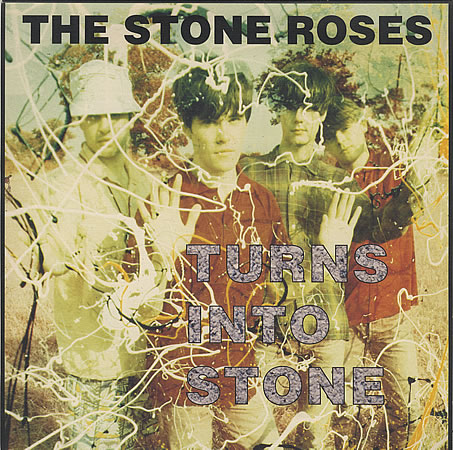 From the ominous prowl of “I Wanna Be Adored” to the infectious pop swing of “She Bangs The Drums,” Mani has always been the secret weapon of The Stone Roses.

Well, maybe not so secret of a weapon–after all, his bass lines lit up the band’s seminal debut album with a fiery and dark buoyancy, punctuating each number with an undeniable groove. After the follow up Second Coming, the group disbanded and Mani was wisely poached by Primal Scream, who benefitted greatly by the bassist’s presence.

The Stone Roses’ reunion–now rounding out its second year–has been nothing short of triumphant. With their original lineup intact, the legendary Manchester band has been touring the world to rave reviews and a new album is said to be in the works.

Mani was kind enough to give Stereo Embers his favorite New Order and Joy Division moments.

Especially “They walked in uniforms so fine, / They drank and killed to pass the time.”

Especially “Violent, more violent, his hand cracks the chair, / “Moves on reaction, then slumps in despair.”

Especially “You cry out in your sleep, / All my failings exposed. / There’s a taste in my mouth / As desperation takes hold.”