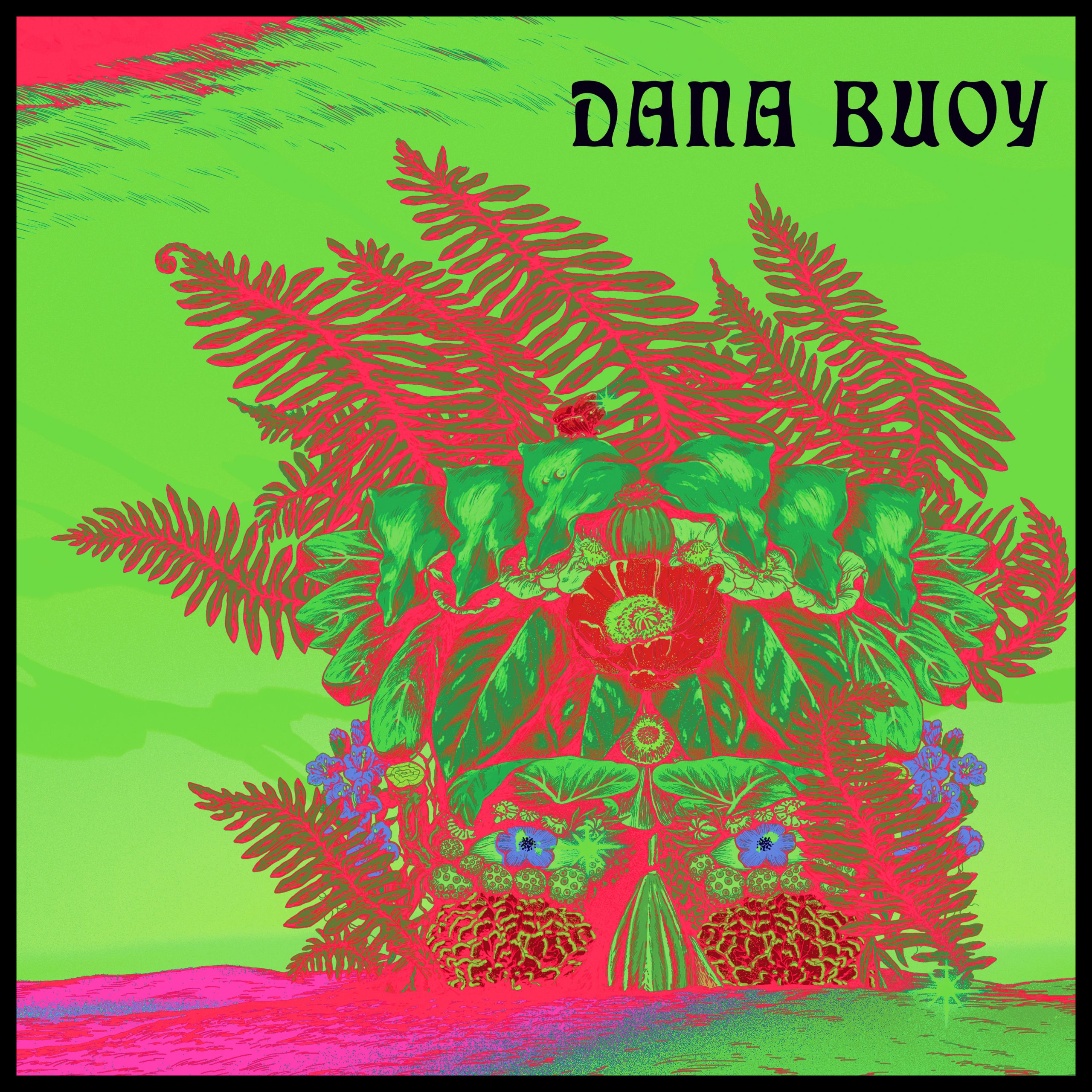 However one chooses to remember early-21st c. ensemble Akron/Family – skewed but charming pop provocateurs, genre-wandering minstrels of the first water or, as this writer due his history is wont to believe, a canny complex blend of exactly what their name told us on either side of that forward slash, ie the anti-hero heroes of the Akron-based devolutionary movement of the late 70s grafted on to the actual band Family with their own odd-pop proclivities – the fact that ties them all together is that, once heard the A/F collective was impossible to ever unhear. For all their precepts and tendencies that found them corralled into the New Weird America pen with the likes of Animal Colletive, Vetiver, and Sunburned Hand of Man, Akron/Family, like many of those cohorts, never strayed too far from the eternal truth as constituted by hook and melody. In Dana Janssen, that band’s drumming heart now dba Dana Buoy and soon to release Experiments in Plant-Based Music, Vol.1 (November 4th on Everloving Records), his third full-length since 2012, one may very well find one of the more compelling reasons why that was the case.

Steering with an assured hand through a seldom-driven soundscape connecting the spectral spiritualism of Alice Coltrane with Steely Dan’s knowing art-pop constructions, a map coordinate especially applicable to, say, the nimble, luminously gentle second track “Maidenhair” with its late-arriving trumpet punctuation and overall feel of genuine, life-affirming joy but is never exactly absent throughout, this record is, simply put, nothing less than a thoroughly satisfying listen from end to end.

Among the multiple reasons for that easy, inveterate ‘listenability,’ aside from pure talent, can be found in that Varese-meets-Good Housekeeping album title. A Portland transplant (no pun intended…we think) for nearly a decade now, Janssen and his partner Jamie bought their own bungalow a few years ago and since then the green-thumbed Jamie has generously populated the first floor living space with houseplants a-plenty, all thriving to their utmost. Add to that verdant burst the fact that Dana now has a basement space for his drums and all the implications that come with that (the two previous Dana Buoy albums, fine as they are, lacked that live-drum dynamic), toss in an abiding love/fascination for Mort Garson’s eternal Phantasia and you have a perfect trifecta of signposts that all point toward the wondrous, often quietly ecstatic compositions found here.

Beginning with the sighing, yearning sound collage “Fear From Mind,” rife with aspiration and exhibiting exactly the adroit, light-touched density that not only brings some insight into why Janssen might’ve chosen that pseudonymous moniker, it also, for the most part, sets the defining tone for what follows. The plain damned, well, buoyant “When It’s You I See” dances with a ginger soulfulness across a deftly-suggested bed of mid-70s Miles and Herbie Hancock’s optimist groove amid a slew of similar signifiers; “African Violet,” a song that sneaks into its role as ‘likely album highlight’ so subtly it’s like an act of blissful subterfuge, had this listener considering what might’ve been had Tim Buckley encountered the above-mentioned Dan sometime early in his too-short career; “One Among Many” sports a mellow funk made complicatedly simple (and we mean that in the best possible way) while final cut “Dragon’s Blood” succeeds at stirring a mix of the immaculate with the busy-made-to-feel-spacious then throwing it straight at an accelerated coda complete with manic handclap rhythms and Michael Kammers’ transcendent horn flurry that took these ears back to the Odean Pope-fueled Saxophone Choir, resulting in what’s commonly called ‘a heady brew.’

Crucially, at this point, it bears noting that while much of EP-BM, VOL. 1 indeed has something of a sun-basking aspect to it, one finds no hesitation when a more darkly-shaded mood beckons. “Drown,” suffused with a deeply poignant, nearly melancholic energy upheld by Joshua Miller’s bass work, seems to breathe just above the waterline, rather brooding with hope before unleashing same via Janssen’s cathartic guitar lead at the very end. That track’s matched in the pensive-yet-uplifting stakes by the two cuts visited by former Akron/Family members.

The breathy “Umber, Then Umber Again” with its lushness of understated brass (this record benefits greatly from Kelly Pratt’s horn arrangements), a drum mix that can claim both primal and urbane as apt adjectives and ex-bandmate Seth Olinksky’s valedictory, trumpet-toned guitar sealing the song in, umm, amber, could well serve as this album’s exemplar track were it not for the other A/F-abetted cut that bears its own lingering poignancy in that its harmony vocal was supplied by A/K bassist Miles Seaton, with whom Janssen had just revived that innate rhythm section vibe before Seaton died unexpectedly in a car crash not long after his contribution. With its touching, near-doleful grace, “Eventually, Good Comes to Pass,” beyond possibly unearthing long-buried dreams of Jon Hassel in a luxurious outsider-pop band, arguably makes the most of Experimental‘s available elements, what with the agile cross-hatching of those horns, that bass, Buoy’s meticulously loose-limbed arrangement and its words arriving like those of a mathematician poet caught on the wind, and a guitar epiphany from Death Cab for Cutie’s Dave Depper taking center stage at the tail end as if Denny Dias suddenly walked in the studio door, plugged in and let loose in that particularly astute way of his.

All said, Experimental Plant-Based Music, Vol. 1 gleams with an inspired vitality that reflects not only on that invited ensemble – add to those cited Matthew Sheehy, Delicate Dave Manion and Menomena’s Brett Knopf – but as well on the basic wisdom in their choosing. Jamie may have the greener thumb but it’s her partner that’s taken that intuitive gardener’s touch into an altogether new dimension. Vol. 1? Here’s to greedily hoping the seeds of future volumes have already been planted inside that cozy Portland bungalow. [An incomparable record. Get it here]