Continuing the clearance of the many late-2015 releases that didn’t make the calendar deadline, we present the first 2016 installment of Lightning Strikes, three quick reviews that gives the just-passed year – and you, our dear reader – one last chance to catch up on some too-unheralded gems. Always the story around here, too much to review, not enough time in this mortal life. But the good news is the extent to which this indicates how hale and hearty the music scene is these days, even as a large slice of it is left off the common radar. But hey, that’s what you have us here at SEM for, so for now read up, enjoy, and we’ll be back with a new batch in a few weeks. Meanwhile, happy new (old) year. 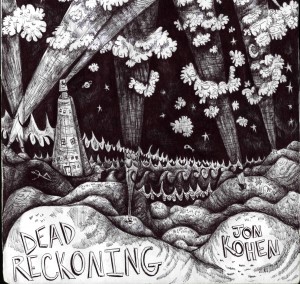 Records written and recorded in the wake of a beloved one’s death can, of course, be dark affairs. Some would say they must by definition be, the subtext being ‘this is no time for joy.’ And though such a document can be rewarding in its own mordant way, quite often they ultimately bring one to one’s crestfallen knees, the heart slumped and the spirit sinking with it. On Jon Kohen’s Dead Reckoning, the essence of that memo seems to have been missed. While in no way oblivious to the heavy gravity of loss that compelled the recording of the album – the passing, on May 6th, 2015 of close friend Emily Yeadon – Kohen manages to imbue these tracks with a breath of yearning and resilient hope that, if not exactly uplifting, is at at least firm in its determination to not yield to despair, to not fall into the maudlin. One thing Kohen’s not here is beaten down.

Not a million miles away from the clouded ruminations of Elliott Smith (that same strong grasp of melody’s importance though perhaps more an updated, somewhat effects-laden draw from the Simon and Garfunkel school than from the Beatles), Dead Reckoning takes that intimacy and makes damn sure the listener knows that the singer bringing it is gonna be alright. Call it mortal ebullience, call it a gilded defiance, whatever it is it’s there on the morse code-stippled “Day by Day,” its plainspoken fatalism met – and defied – by a heartbeat march of a tempo. It’s there in the sheer acoustic determination of “God Bless You,”the fretboard absorbing the singer’s emphatic gratitude; it’s there past the harrowing whispers of “Keep Moving Forward,” its piano twinkling gait, umm, moving forward like someone running through alternating patches of shadow and sunlight. Truly, lingering like an inextinguishable aura past the inevitable somberness of tone an elegiac record of sorts betokens, the spirit of revival persists (check the bright burst of treated keyboard at a key moment of “With Monsters at My Heels,” the very sound of a fragility given strength).

Not always one to be pulled inside a record like this, Dead Reckoning’s blend of devotional, accomplished songcraft, the discreet application of effects – at several points the pips of morse code sound across the mix like transmissions from the ether, as a single example – and a resonant, full, and pristine mix (tip of the hat to Kevin Dwyer) makes for a riveting, rather transfixing listening experience that deserves the broadest attention possible. Spread the word. [Dead Reckoning available from Endless Bummer Records in both digital and physical form here] √√√ 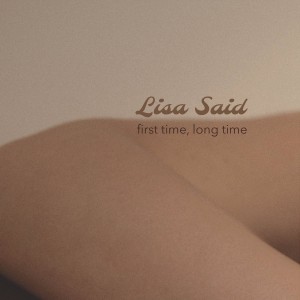 Having already been wowed around here when given the marvelous opportunity to debut the video for the winking romp of a delight that is “Hard To Brake,” we’re only too happy to expand our coverage to the full solo debut EP from whence it came.

First Time, Long Time from what may well be SEM’s favorite, most intriguing anomaly – an Egyptian-American from the hill country of Tennessee named Lisa Said that emerges from years of duty in garage/punk/power-pop bands with a mini-LP of seductive, gently experimental Americana – is, simply put, the kind of quality recording that Dolly Parton might have made had she come of age in the gold age of innovative indie. While the goal of the co-producing singer and legendary punk production and engineering guru Don Zientara when they entered the studio was to crossbreed the 70’s Laurel Canyon folk rock Said heard (among much else) as she was growing up with the deep polyrhythmic peculiarities of North African beats native to her DNA, the results – wonderfully, it should be said – tend to lean more toward a kind of exoticized country rock.

With the percussion, thanks to the acute mastery of Andrew Toy, indeed hewing quite often toward the nimble mystique of Saharan tribal traditions – opening track “Been Around” features a master class in applying fingertip djembe or tabla technique to a classic Nashvillian template – a foundation is laid for the remaining quilt of traditional elements to lie persuasively across, resulting in a record that’s as easy-going as it is emotionally rich.

“For Today” banks Said’s soulful, crystalline voice inside a weave of funky honky-tonk guitar (yes, that is possible), t(w)inkling piano textures and an organ break straight out of Big Pink central casting. “Somebody Someday” evokes the yearning lope of vestigial tear-stained country, the organ this time damn near gospel-laced, the piano rolling down the song’s cheeks, the whole thing enough to prompt the googling of every lost lover there’s ever been while “One Too Many” seals the deal with a six-and-a-half minute stroll down romantic melancholy’s most bittersweet by-ways, a distant echo-loaded electric guitar lending a haunted pathos, the piano, ever faithful to the end and lovely in its upper register, escorting the singer once again to the land of the foregone conclusion, where the debt of regret gets paid by the heart’s most dubious assurances.

Ms Said, in short, writes a mean tune, and the confident, sparkling charm that extends over the whole of First Time, Long Time is a type that belies its debut status. With the EP’s depth and irresistibility, Lisa Said as a solo artist has hit the ground sprinting, her easy gait disguising just how comfortably complex this record is. We’re promised a full-length in 2016. The heart tremors. [First Time, Long Time available here] √√√¼ 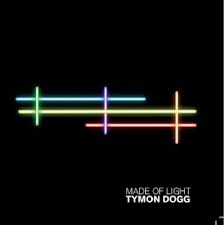 An inveterate musician that resides deep inside the loam-rich folk rock consciousness of Great Britain, Tymon Dogg is in the perhaps inenviable position of being best know first as an early pre-punk flatmate of one John “Woody” Mellor in the years leading up to the guy’s transformation into one Joe Strummer, then later as a member of the Mescaleros after Joe had clawed his way out of the post-Clash wilderness. No matter his other accomplishments – the Liverpool-born Stephen Murray recorded with both Jimmy Page and John Paul Jones pre-Zep and recorded tracks at Apple produced by Peter Asher with some guy named McCartne at the piano, which isn’t to mention collaborating with Justin Hayward in 1970 or injecting his energies into the nascent post-punk milieu – Dogg’s association with Strummer will always be his most prominent calling card. So it’s no surprise that the second track of his recent solo album is called “Time For Moving On” and contains the line “when you’ve given everything, you can’t expect to be king.” Spoken in a broader – if still regret-shadowed – context, the line still cannot help but jump out. That aside, the fact is that said album, named Made of Light and released last October, is more than strong enough to escape whatever historical shadow, ensuring with astute songwriting and pure tradition-based grit that its author not remain a mere footnote to the (clearing throat) ‘great Clash saga.’

Indeed, with tracks like the harpsichorded “Conscience Money,” rimmed with a cinematic Dickensian edge, the biting “Pound of Grain” that could be leant to New Model Army to resurrect their career (along agrarian lines, mind) while single-handedly dismantling our mindless reliance on corporate agribusiness, the sylph title track, the piano-pounding pop burner “As I Used To Be” that posits love as the heart’s most powerful source of nostalgia, and the monumental “DMT” that, between the judicious, impactful use of synth strings in cahoots with Dogg’s restless, empathic violin and his reedy-yet-passionate, indignant dreamer of a voice, ends up a dark jewel that rather resembles a harrowing psychedelic lament a la the Pretty Things’ “Death,” Made of Light goes some way at unbrandishing that two-edged sword that is the singer’s history with Joe Strummer.

Journeying through a midland somewhere between the more unvarnished honesty of Richard Thompson and the traditionalist innovation of, say, John Martyn, Tymon Dogg is most assuredly a man carving a path toward his own vision, learning along the way, as any artist must, to reconcile the modern with the historic, the pressure of the real with the demands of the sublime. Great strides are made here. [Made of Light is available here] √√√