Welcome again to Lightning Strikes, the place to come to when you want to know what to listen to (or maybe not listen to) and you want to know NOW! This time we catch up to three more late summer releases of note that might well have crossed your radar and seemed tempting for one reason or another – two of the records are by bands that have reputations preceding them, one’s a debut getting a fair bit of attention – so we thought we’d bring you the skinny, and you’re welcome. [feature photo: Trish Tritz] 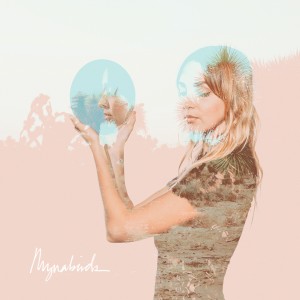 Released August 7th, Mynabirds’ third manages the complex trick of being both more austere and more in thrall to the sirenic pop aesthtetic. Whereas this may well be due to switching out producers – Black English’s Bradley Hanan Carter would seem to have more of an ear tuned to the top of the pop world’s Spotify playlists than did predecessor Richard Swift – the result is an album that, while never lacking the sultry authority of lead singer/songwriter Laura Burhenn, does have a bit of drift to it.

Lead-off track “All My Heart” is a torch soul indie burner that suggests Heartless Bastards tackling a Gloria Gaynor ballad while its follow-up “Believer” aims itself square at the R&B-flecked heart of the big hit syndrome before first single “Semantics” abandons any pretense to indie street cred (possibly overrated anyway?) and shamelessly throws itself into the radio-friendly Swiftian vortex where hopefully it will get to party like it’s 1989. While more-than-ably done and, OK, ‘catchy’ in its way, it skirts so close to the edge of vacuous contrivance to undermine whatever compositional integrity the song had when initially written.

It didn’t have to be that way. Where the dueling impulses are most astutely blended, the results can border on devastating. “Orion” is aspirational pop of the highest stripe, Burhenn sounding believably engaged, the heartland rock guitar accents lending it an edge of immediacy and the track ably withstands the overbearing production that, on this album anyway, doesn’t meet a hook it doesn’t want to drown in gloss and profundity. Any instance here, as on the luminous “Omaha,” where the flicker of native, unfettered sincerity wins out over the production’s cynical, domineering drive to prove sincerity if it’s the last thing it does, is a victory for all concerned.

One can’t blame the producer alone – it has to be assumed this was a collaborative effort – and by no means is everything lost -“Wildfire,” for instance, tantalizes with its winks of “Walk on the Wild Side” – but whatever’s behind the push to artificially reach for the golden Rdio ring, Mynabirds should be careful. Fly that high on shiny fake wings and it’s a long ways back down to earth. If one may be so blithe, just ask Icarus. [√√] 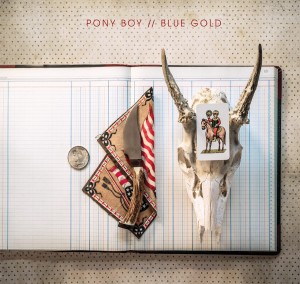 Pony Boy, to be clear, is neither a boy nor exactly a band. Rather, it’s the musically fluorescent vehicle for the work of Nashville-based artist Marchelle Brandanini. The singer-songwriter with the cowgirl punk edge – Pony Boy’s work routinely gets described, somewhat accurately, as art-rock americana – has been stirring up a lot of attention and debut album Blue Gold does nothing to suggest it’s unwarranted. Reflecting a germination process that saw Brandanini and her British husband split their time between Australia, England and her home town, the record traverses a broad but cohesive – and sharply fem-positive – country. Lead single “Marquee Moon” has an allegorical echo that finds it swaying beneath the tired lights of a lonely, dusky desert movie palace, its dryness of tone evocative and rich, while apparent follow-up (and album kick-off) “When Tomorrow Never Comes” uses a lowing fatalism, an out-on-the-moors organ track and the singer’s suggestive, knowing vocal to convey its seductive melancholy (the furniture-destroying fuzz guitar break doesn’t hurt either). As able to lull with a lovely downtempo barroom-scented lament (“Magnolia”) as weird you out a bit with shadows and menace (the buzzing dream of “Alcatraz,” full of mourning and portent), Blue Gold‘s also more than capable of laying it straight down classics alley, as the goosebump-raising melody on “Nothing’s Gonna Save You Now” shows, one of those tunes that just seems to have the strum of truth about it.

Not so much straddling genres as creating her own, Pony Boy, in the end, makes such journalistic concerns moot anyway. She, quite simply, represents the arrival of a major new voice that’s set to turn heads across the spectrum. [√√√½] 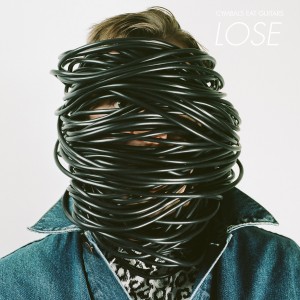 Adroit, occasionally headlong, Cymbals Eat Guitars latest (can it really be their third already?) combines complexity with a yeoman’s touch that shows the chugging engine of indie is in pretty hale health. The stop-start charge of “Warning,” fleeing the scene on a plucky, nimble bassline, would seem to indicate the lads are enjoying this pop lark with a fizzing glee, “XR” nearly trips over itself as it races towards a punkified harmonica horizon, “Chambers” is an early Pretenders single (coincidence?) that trades out Chrissie’s timeless warble for singer Joseph D’Agostino’s Leithauser-like yelp, falsetto pauses notwithstanding, while “Child Bride” trades it all in for some effecting, dim-the-houselights balladry, a nice emotional touchstone smack in the middle of the tracklist. Mostly though, Lose asks to be defined by the four longer pieces placed at suitably strategic intervals. Though opener “Jackson” makes nice work of its wide-open cinematic Pavementisms and finale “2 Hip Soul” unspools with a stately edginess, its sections moving through the firmament with a heart-lashing logic (“Place Names,” despite the engaging beauty of its guitar work, never seems to find its center), the pick of them is “Laramie.” Simultaneously luminous and down-to-earth, unafraid to tackle its astral pretensions, it never strains but instead wonderfully maintains its eight-minute-and-change duration. Yes, the ghosts of Malkmus and Spiral Stairs still haunt the fringes but this is beyond influence and into a sphere all its own, dashing off a lengthy, daring, and frankly exciting instrumental coda with aplomb (college rock prog, anyone?) all the while preserving the song’s stirring emotional momentum. One gets the sense it’s what the band’s been aiming for since their Staten Island beginning and they’ve hit their target with a magnificent, perfectly-tuned flair.

Ultimately far more than maybe we had the right to expect, this is (20th c.) fin de siecle indie par excellence. [√√√¼]