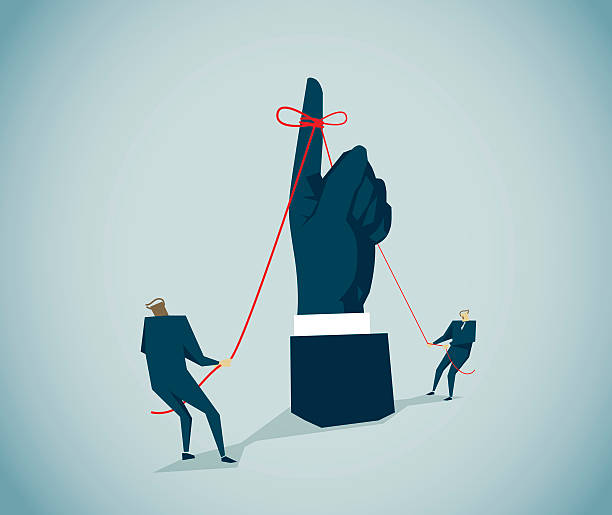 Y’know that sense of a gem you can get when glancing at a raindrop on the window glass, that soft glimmer that briefly shines like a pearl in a dying world, the seems, for just a second, to hold inside itself all the available outside light? It’s those type moments, though rendered in sound and melody, that Sleepyard seems intent on unveiling no matter the cost in time and patience. The edict – if it is one – that you can’t hurry beauty would seem a suitable mission statement for this long-time Norwegian project from brothers Oliver and Svein Kersbergen that’s set to celebrate a quarter century next year.

Looked at from one angle, one cold say, a bit glibly perhaps but not altogether without accuracy, that Sleepyard, throughout it’s arc, has carried itself through a creative process similar to that of what might be imagined if ECM ever signed a pop band. While still true here – “Dream Solution,” once emerged from its softly majestic, vaguely Gaelic intro, pings along like a slightly jazzier Polyrock while “Falling in Love,” voiced by Sandy Dedrick, has a melancholic-yet-still-sunny California vibe to it – the moods and textures of Head Values (released May 13th) are overall decidedly more contemplative this time around, an almost Enoesque ambience, esoteric but grounded, remote but immediate and above all emotionally resonant, bedding each track in a quietly confident assurance. Succinctly put, that tendency of the Sleepyard listening experience to seem as if we’re always on the brink then, once in, confounded by grace, is especially pronounced this time around. Whether this reflects the passing of time, the aging that accompanies,  isn’t known per se (though if so we certainly relate), the prevailing tone is no less autumnal.

Opening with a flute inside a burnished landscape, settling yet meandering like a morning fog, first track “Klinkekule,” though brief, could hardly offer as a more precisely drawn road map of the Kersbergen purpose here, gentle but unmistakably on point as it is. Just past, shimmering with something of a beautiful desolation, “Peace Village” mesmerizes, its female vocal (multi-instrumentalist Katje Janisch) like a saving prayer rising from a Cocteau-ish mist. Later, “Near City” evokes its name not at its full flush but instead the eerie peace of its late night/early morning interim, mayhem subsided, dawn about to break, “Green Heaven,” despite its title, carries a dark glimmer of foreboding in Janisch’s lowing cello, the piano’s deeply reverbed bass notes, the ghostly tones of both the synth and – we think – theremin while “Rust and Stardust” somehow manages to simultaneously limn the precepts of heavy beauty and a light-filled cinematic pop and is simply one of the more scintillating pieces we’ve heard this year.

With Head Values, in some ways like a plein air painting painted in sound while in others a soundtrack to the drift of human emotion with an occasional touch of Nordic noir, the word ‘captivating’ is (as with all Sleepyard albums, frankly) essentially the bottom line. Put this on on a Sunday morning, put it on at 1AM after a Friday night out, listen to it as you navigate the hellscape of afternoon traffic or, because it’s such a finely-wrought, fully realized and – and thus rewarding – piece of work, spin it when you’re at your happiest, your most content. It’ll match well whatever the scenario and, hell, you deserve it in any case. [get your Head Values on vinyl here, get ’em digitally here]

Sometimes albums just kind of sit there staring at you, daring you to ignore them. Weeks slip by, life proceeding around it in its usual confounding stylee while all the while said record persists, catching your sidelong attention from it’s not-so-restful resting place, quietly taunting you with a sort of disturbing allure. Whether it succeeds in ultimately capturing your full attention depends on any number of often random factors (not least luck) but boasting an arresting cover as doubleVee’s latest Treat Her Strangely most certainly does and a provenance of some interest – this is the project of Starlight Mints’ main mind Allan Vest with his wife Barb – rather dramatically improves its chances and so here we are.

Retaining the inveterate pop suss of Allan’s original band and the intuitive savvy of the duo’s 2017 debut The Moonlit Fables of Jack the Rider (though eschewing that record’s conceptual song cycle), Treat Her Strangely (released July 15th) is as zestful and crafty as all that would suggest. Wasting no time, opener “When Dawn Comes Tonight” jumps up into your nervous system immediately, as would any cut that welds a post-punk undercarriage to a power pop chassis while also, as it happens, being spryly surreal (there’s a reason the album’s title derives from its lyric and we’ll just leave it at that). “The Fever is You,” all parping horns with a sunny midwestern ebullience, projects its mid-60s AM energy on to a modern-day screen, “No More Nickels and Dimes,” with (actual, live) strings added to the brass, has some of that grounded Kinksian wistfulness to it; the yearningness of the horn lines and the softly grandiose arrangement of “Walk Away” give it the air of the album’s centerpiece as its placement in the tracklist already implies, while the moody – and a bit Morricone-esque – “Your Love Is it Real?” is just enough awash in cinematic intrigue to change whatever your afternoon plans were to catching a romantic matinee instead. Then there’s album-ender “The Question’s Closed,” a sprightly but charging charmer that’s so packed with pop intelligence, so a-burst with an assurance of craft that it proves in its own fell-swoop way what stores of talent we’re dealing with here.

Yes, because life’s the busy bastard it always is, it took too long a while for me to take Treat Her Strangely out of its shrink and begin spinning it in my ears but boy is it a joy to discover how much worth the wait that wait was. And while that can’t come as much of a surprise to the many Starlight Mints fans out there do know that doubleVee not only maintains that Mintian legacy but widens its dynamic in ways both unsuspected and utterly delightful. The run begun at the turn of the century with The Dream That Stuff Was Made Of continues, in other words, and if you haven’t yet you should most certainly check it out. Just maybe don’t wait as long as I did. [get Treat Her Strangely on CD here, digitally here]

If, reflexively, one must approach the work of Sinead O’Brien through the lens of similarity and comparison, we advise one not tread too closely toward the ‘punk poet’ shadows of Patti Smith, unless, of course, one has a thing for being dangerously lazy. And while we’ll allow citing the likes of Beth Gibbons and Trish Keenan as passing trailblazer signposts (at most) and possibly, at a stretch, permit a phrase such as ‘a snakier, more allusive PJ Harvey’ to pass without resulting in a sound thrashing, we nonetheless highly recommend setting well aside such critical tics and listen to the debut from this Irish-born London-based artist with – as best you can manage – virgin ears.

By all accounts that rare character that appears to be simultaneously restless and grounded, O’Brien has, since childhood, had a knack for developing quirks and habits that have led her as if by incidental design to this project, to this first full-length. Whether it was actually creating extra homework for herself as a child or, as an adult, being almost purposefully nomadic in choosing places to live just for the sake of it, it’s all nourished that centrally crucial tendency for an artist of her stripe, being avidly curious (ie dumbfounded amazed repulsed inspired and the thousand etc’s) by the quite singularly human way of being alive, soaking it in then feeding it back to the cosmos. As anyone knows that’s come close to trying it, it’s a lot to tackle and those most effective at it, from our perspective anyway – and it seems a bit inevitable, to be honest – are those that come at it in a way that can only be termed ‘eliptically direct,’ as if with glances that are both sidelong and intensely direct. An elusive target for most, Sinead O’Brien, on Time Bend and Break the Bower (released June 10th on Chess Club Records), hits it more often than not with what feels an instinctual frequency.

That assessment, it should be instantly added, would likely be far less forthcoming were it not for the efforts and talents of those that helped bring this work to full fruition, most notably O’Brien’s onstage bandmates Julian Hanson (guitar) and drummer Oscar Robertson as well as producer Dan Carey, whose work over the years with the likes of Squid, Alex Kapranos, Fontaines DC, Wet Leg and scores more besides on his label Speedy Wunderground, likely went some ways toward contributing to the contours of Time Bend‘s shadowy yet alluringly direct nature, its sound carving out an inspired niche akin to a bewitching middle ground between, say, Massive Attack and Wire’s 154. Which is rather ideal, really, as it’s precisely the type and level of support an artist of O’Brien’s stature deserves, which is to further say it matches well with the tenor of her heart.

From the moody and pulsing “Pain is the Fashion of the Spirit” that starts it off, all nervous groove and tension before merging without pause into “Salt”‘s gently apocalyptic punch, a haunt worth dancing to that also happens to contain what amounts to this album’s raison d’être couplet (“what the song says to the sound/and the flame to the flower“) through lengthy centerpiece “GIRLKIND” where singer band and production arguably reach their apotheosis, the sprightly funk jaunt of “Like Culture” that despite a line like “the street has absorbed us/eaten our bodies and consumed our minds” is actually an invitation to live, to dance; all the way to final track “Multitudes,” alternately emphatic and yearning, Clementine Brown’s violin sounding the siren in both meanings of that word, O’Brien seeming to search for the elusive and seeming to find it and from which the album derives its title, Time Bend and Break the Bower arrives in our ears like the kind of record we’ve been needing without quite realizing it. Yes, it’s essential as all that, it is, indeed, one of ‘those.’

[Time Bend and Break the Bower available in all formats here]