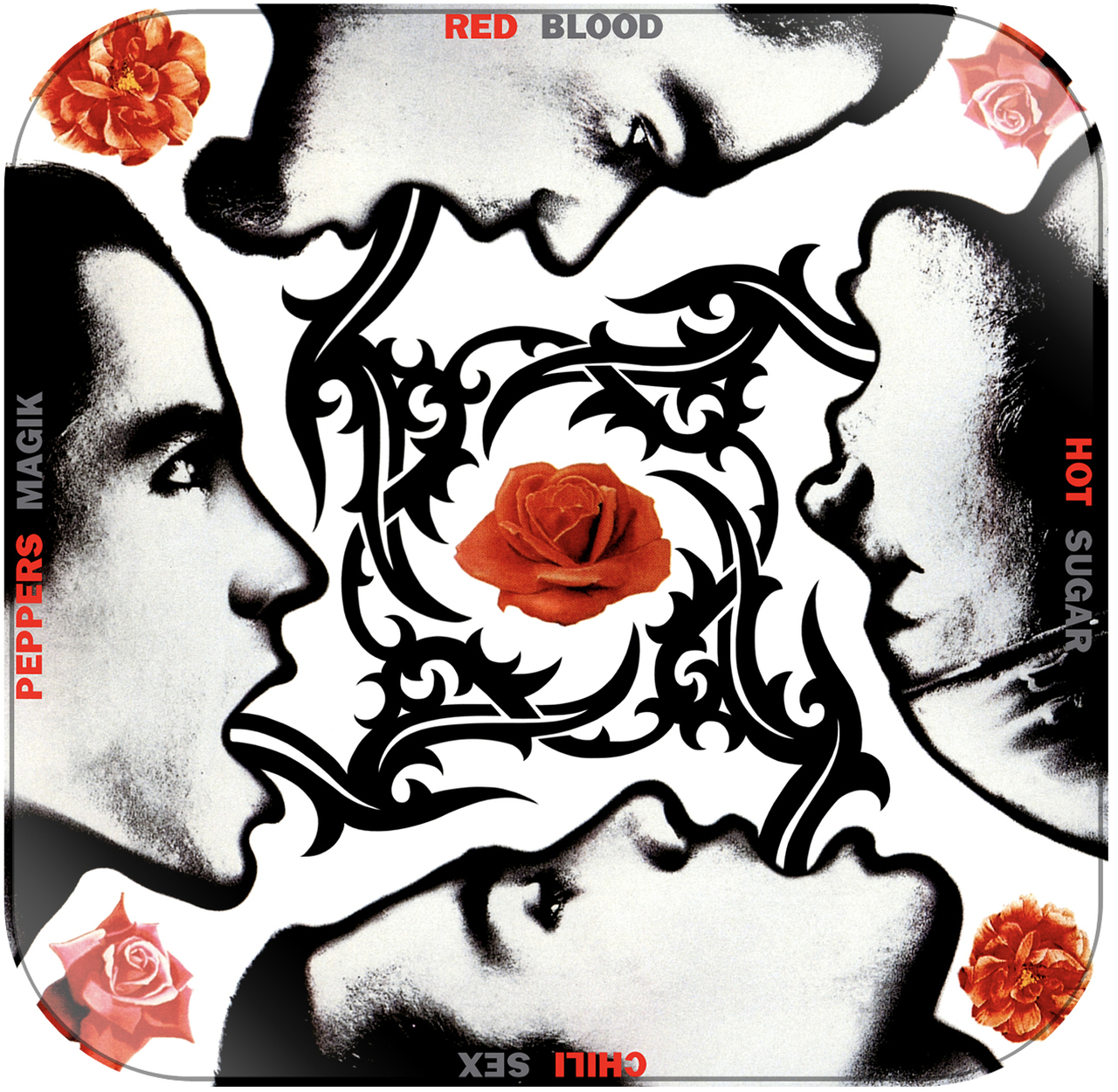 In the ’90s, you couldn’t avoid bands if you tried.

Band after band after band. They were everywhere. It was glorious! They lived in your yellow Sony Walkman, on your cable TV and sometimes they even rehearsed right down the street. And the lead singers of those bands – come on! This era prominently featured some of the greatest voices in the history of rock – O’Riordan, Cornell, Vedder, Deal, Hoon, Patton, Stipe, Ray, Sailers, Napolitano, Cobain and the like. Heavy hitters, all. A veritable rouges gallery of the great and the badass. Some had spiky hair and frosted-tipped goatees. Their videos had that fucked-up ’90s washed-out color thing happening. The pants were baggy and the t-shirts layered (and probably unwashed).

Sooooo many great bands. So many singers to idolize and emulate. Some of us (cough, cough) might still even have those ill-advised piercing holes to show for it (sigh…).

But even as I sit here nostalgically ruminating on better days, uncomfortable questions have started stirring within. An unsettled doom, in fact. Is it possible that we swallowed too much of what NME and MTV fed us? Is it possible that we too blindly followed wherever alternative nation’s God-like entities led us – without so much as a raised hand? Might some of those singers, so near and dear to our hearts have been well…bad? And even worse, could some of those beloved bands actually have been way better if fronted by someone else?

Friends, let’s hug-it-out and allow ourselves not to be ruled by our younger (likely dumber) selves. Let’s be brave. It’s going to be okay. No one is going to knock on our doors and demand our perfectly curated, immaculately manicured record collections for merely asking ourselves a few theoretical questions.

At least, they better not – fuckers.

Take the Red Hot Chili Peppers, for example. Harmless starting point, right? Mostly because we love those dudes. And while their discography is somewhat checkered, overall they’ve made some truly classic records. An unequivocally great band! Anthony Kiedis, though? I love him, but I doubt any of us could successfully argue that he’s a great or even good singer. Certainly not compared to the likes of a Cornell or a Lanegan. The guy barely sings on key on their records and live, well, pretty much never.

Okay, so not technically much of a singer. Does it matter? More importantly, do his limits actually hold the RHCP back from being a better band? Let’s take a quick swing through their ranks. Chad Smith and Flea comprise one of the most magnificent rhythm sections of this or any other era, hands down. No contest. They are the heavy funk of that band. Could you swap out either of those guys?

RHCP have had a few gunslinger guitarists in their day. Solvak was great. Both Navarro and Klinghoffer were serviceable. John Frusciante, though? Come on…incendiary, revolutionary, otherworldly, all come to mind. Simply put, he’s one of the great masters of the instrument (pretty awesome that he’s back in the band, right?!). So, let’s run the math here: Smith + Flea + Frusciante = transcendence. Hard to argue that Kiedis isn’t the weak link here. It’s also hard to argue that, in a band made up of musical masters, his limits as a vocalist doesn’t hold the band back. Would they be a vastly different band without him? Absolutely! Could they have been better with someone else? Let’s rip the Band-Aid off…yes, it’s likely so. It stands to reason that they could be a much better band.

That hurt a little bit.

Here we go! Another LA based 4-piece that was at the absolute forefront of the alternative movement. They inspired everybody–literally everybody. They’re mythical creatures at this point. That said – what do we really think of Perry Farrell? Have we ever given ourselves permission to admit he’s a middling stylist of a vocalist…at best? This is harrowing, isn’t it?

Yes, his high-pitched wheeze is synonymous with the late ’80s/early ’90s rock boom. Unquestionably a great front man, he’s like the ambassador of cool up there. But are they a better band with him? Steven Perkins has been the mainstay behind the drums. With both bass-gods Chris Chaney and Eric Avery, the rhythm section runs deep for Jane’s. Pretty impeccable on all their records. Dave Navarro is a tough sell for me. Not one of my guys, but still a pretty great player.

So, can you imagine Jane’s Addiction with another front person? I can, but I have no idea if that band would be any good. Think Dolores O’Riordan perhaps. Ponder that, people. The truth of the matter is that Perry Farrell’s artistic flavor gushes all over the band. Jane’s Addiction – the band- couldn’t do without him. However, its hard not to imagine what another band, fronted by somebody else would sound like.

The Dolores idea has really gotten you thinking, hasn’t it?

Rage Against the Machine.

We might as well complete the mighty Los Angeles triumvirate of alt-rock royalty. I mean, Rage! The math here is pretty simple. Tim Commerford and Brad Wilk lay it DOWN. Now that is a badass rhythm section. Thunder is your pants level great! Incredible. It’s their funky pocket that so often allows Tom Morello the space to engage in all his whacky guitar antics. In another band, made up of entirely other players, his whole DJ inspired funk-metal pallet would not work at all. In fact, it would sound downright stupid (please refer to his stint with the E-Street band for confirmation).

Enter Zacharias Manuel de la Rocha. The dude is still conflicted and angry after all this time – thankfully. Of all of the unique voices that came out of the ’90s alt-boom, his was the loudest and fiercest. How is Zack as a singer? No idea, because none of us have actually heard that guy actually sing a note. He shouts deeply into our souls instead. It’s his compelling aesthetic that makes Rage rage.

What makes RATM such a fascinating theoretical example is that we actually know what they sound like front by another singer. No speculation necessary. (For the sake of argument, I am not going to lean too heavily into the Prophets of Rage incarnation here – other than to say Chuck D is probably what heaven sounds like).

As we are all well aware, Chris Cornell essentially fronted Rage for a time. While Audioslave is another truly regrettable band name, they had some big ass records. And while there are some pretty awesome Audioslave tracks scattered across their 3 albums, they had none of the power and palpitation of RATM. And that’s with Chris fucking Cornell fronting the band. You know, one of the greatest rock singers in history. That guy. It still didn’t work that well.

So in RATM’s case, Zack de la Rocha was actually taken out of the mix and replaced by another behemoth of a singer. We know unequivocally that he was not and never will be replaceable. I mean, if neither Chuck-D nor Chris Cornell could make much of an impact, the case feels pretty closed to me.

We could play this game all day, couldn’t we? Could you take Andy Wood out of Mother Love Bone and have a better band? Wait…didn’t that sort of happen? But you know what I mean.

In all seriousness, I’m clearly over simplifying for the purposes of the premise here. What makes so many of these singers irreplaceable goes far beyond vocal chops or musicianship. Artistic vision goes a long way, so does stage presence. Lyrics and melody as well. Don’t get it twisted; I know exactly how important these aspects really are for the success of a band. All I’m really saying is that, maybe its not healthy to be so unquestionably devoted to the legends. Maybe we can give ourselves permission to admit that, even our most prized bands, might have been stunted by their respective singers.

It also seems essential to point out that Lead Singer Roulette would be a pretty breathtaking game show. Just line up all the great bands of any era, separate out the singers and SPIN THAT WHEEL. The potential combinations are mind bending-ly glorious.

Ice-T could end up fronting The Cranberries.