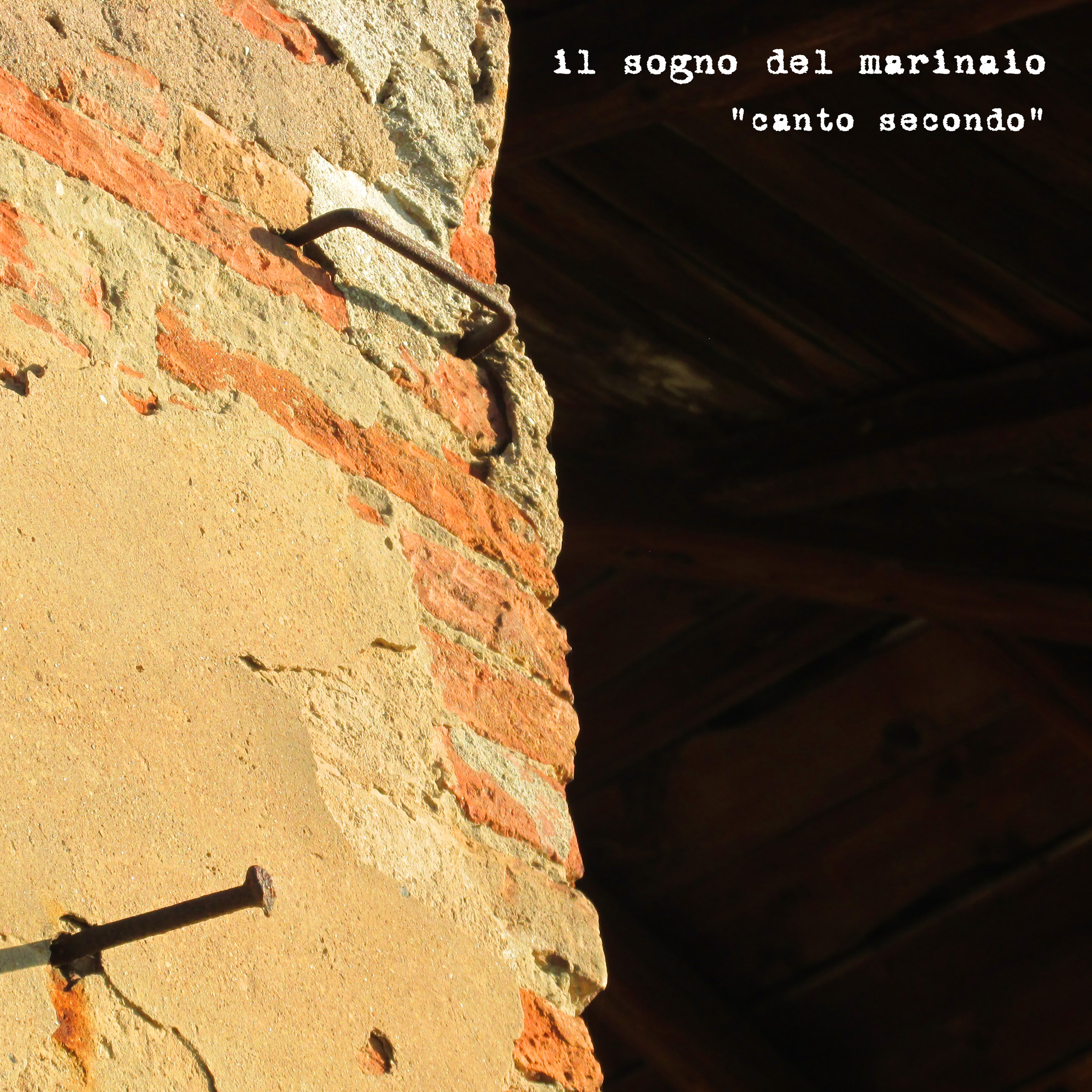 Sometimes these connections get made that couldn’t have been predicted had you had a dowsing rod attached to a 1000-watt digital crystal ball and access to Rasputin’s own deck of tarot cards, and in the (lower) case of Il Sogno Del Marinaio [the band name capitalized throughout for textual clarity – ed.], the Italo-American trio comprised of Minuteman/fIREHOSE bassist Mike Watt and pals Andrea Belfi (drums) and Stefano Pilia (guitar), I don’t just mean the upfront oddity of a San Pedro corndog conspiring with a pair of prog-leaning, jazz-inflected Italians. No, far more dizzying than that mildly unexpected development – which anyway has lost some of its ‘whoa!’ factor since the threesome’s debut la busta gialla emerged in January of last year – is listening to the multi-segmented opener off new album canto secondo with its spoken word vocal, its sneaky timeshifts, and its half-absurdist, half-children’s story lyrics, the whole thing with a slightly teetering off-balanceness that’s, um, balanced by such sure, expert playing you never doubt its footing, and being reminded of Tin Huey’s Chris Butler and Harvey Gold and other like-minded Ohioans during the Akron/Cleveland/Kent moment. Undoubtedly nothing more than a happy accident it’s nonetheless a warm and rewarding welcome to the Il Sogno landscape.

Any such comparison of course implies a pushed-to-the-edges sense of adventurousness and though this trio’s brand of pop-avantitude may not be quite as brash and bratty as the Buckeye contingent’s, it’s by no means less intrepid. Then again, that’s pretty much a requirement perhaps when a full forty percent of your tracks are instrumental, a status occasioned, one suspects, not so much by any difficulties communicating in their separate mother tongues but far more because they communicate so exceedingly well musically. This record, vocals or not, is simply a scintillating joy to listen to.

When the manic expressive “Sailor Blues” kicks off, it’s got a jump’n’pump rockabilly underbelly overlaid by some precise scatterings of Pilia’s guitar theatrics like Sleepy LaBeef channeling James Blood Ulmer only to be soon interrupted by a, well, sleepy interlude like it’s siesta time before waking up with a lengthy stretch of an echoed guitar/thrumming-bass-and-drums groove that offers itself as a perforated (and highly satisfying) outtake from the Then Play On sessions, all busy-but-loping stickwork, subdued bass flow and a gentle Green guitar energy that’s nothing less than electric bliss via fretboard. The Watt-penned “Nanos’ Waltz” suggests at its outset a tropic-warmed rewrite of fIREHOSE track “You & Me Remembering” before stepping off into a wiggly jaunt of a Beefheartian mosey, the Magic Band out for a casual sylvan stroll that takes them to the outskirts of the Ubu compound, sudden guitary burst notwithstanding. Overall we might call this a winsome track that knows how to wander deft of foot through the stickier patches one’s bound to encounter, which, thinking about it, might indeed describe the record as a whole and the band making it.

Where the first album was virtually assembled, involving a fair amount of overdubs and guests and taking three years to find release while the musicians were busy with other projects, canto secondo is the product of an eight-day one-on-one-on-one recording session, all twelve tracks sussed out by the time they adjourned (what vocals there are were subsequently dropped in over email), a process enabled by the intuitive rapport the three of them had by such time developed and, of course, their inherent skill set. The benefits, in the form of immediacy and an energized intimacy, are obvious. The three feel more comfortable pulling themselves over tricky landscapes with little more than their musical wits and how best to use them.

From the plucky, quietly busy and rather stealthy creep and crawl of “Mountain Top,” churning along like a bucolic motor, to the sprightly instrumental “Alain,” an unobtrusive showcase for the inventive, tribal jazziness of (track author) Belfi’s drumming, Pilia’s exploratory guitar work – the arpeggiating, the fat, splayed chording – and how well Watt’s deftly muscular, plumbing bass suits them both, to the capricious romp “Stucazz?!!,” another nearly wordless outing (the title gets enthusiastically shouted here and there) that sounds like the soundtrack to a night out at an Italian carnival with the Mediterranean in view from the top of the Ferris wheel, the action sped up to get the entire escapade in, the track hopping around with quick ska-like chops of guitar, an utter pugnacity of bass and a few kazooey sound effects slipped into the mix, canto secondo presents like the work of three cheeky teenage spirits grown into the strong, taut hearts of gifted adult players, challenging each other as boys (and men) will often do – sometimes it almost feels like they’re daring and taunting each other on a playground at recess – but never neglecting the guiding principle of joy nor failing to dispense the goods with an easy virtuosity.

Not meaning to slide all soft into lazy comparisons, but the sound here truly does carry an intrinsically redolent echo of Watt’s legendary first band. Maybe it’s just the dynamic of the threesome but Il Sogno Del Marinaio jam the new econo, however mildly gradated and sonically-if-subtly-upholstered by age. Though most explicit on the Minutemen-esque instrumental “Skinny Cat” – written by Pilia, incidentally – with the guitarist’s odd major seventh (or whatever it is) noodling that turn-of-the-switches to an assured, trilling, playful hyperactivity then back again and that only needs some D. Boon bon mots about why a man sets mouse traps in a wax museum or something to see it slot almost unnoticed on to Double Nickles.., canto secondo exhibits, almost as if in subconscious tribute, a similar degree of deep, inspired interwovenness throughout.

I realize Mike Watt’s a restless individual, what with his solo outings and operas and a touring schedule promoting such that’s probably garnered enough frequent flyer miles to win him a first-class seat on the first commercial flight to Mars. But Mike, if you’re reading this I’m tellin’ ya, stick with these guys. The sharp, tacit empathy between the three of you here is a rare damn thing.