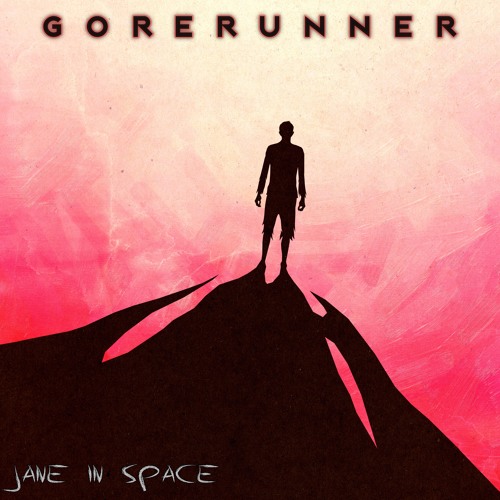 Acclaimed electronic industrial band Jane in Space have touched down again with the last video in a series for their conceptual Gorerunner EP which came out recently via Aion Records.

The Brooklyn-based act had previously set up a long-running conceptual narrative that took place over the videos for “Eat Your Face”, “Full Stop”, “Gorerunner”, and “Breaking Glass”.

The menacing “Thru the Vines”, which was directed by Permian Strata, is the end-stop of the lot. Strata explains, “The previous few songs on the EP have a slow-building tension to them. And then “Thru The Vines” bursts through with this primal energy. In the video, the main character does literally that – he bursts into a ball of energy and hurdles through the ether, surrounded by an incomprehensible reality. I used optical feedback as a means of generating patterns that create the feeling of falling into the abyss.”

Jane in Space was inspired by NIN’s The Fragile and Massive Attack’s Heligoland when creating their intense, yet controlled Gorerunner EP.  They worked with renowned soundscape artist Keith Hillebrandt who co-produced and mixed the EP. Hillebrandt states, ““Thru The Vines” had a very desperate feel to it so I really wanted to push a sense of unease sonically. I really focused on the distant and detached elements so they weren’t in your face, but you knew they were there, hiding.”

Find out more about Jane in Space: