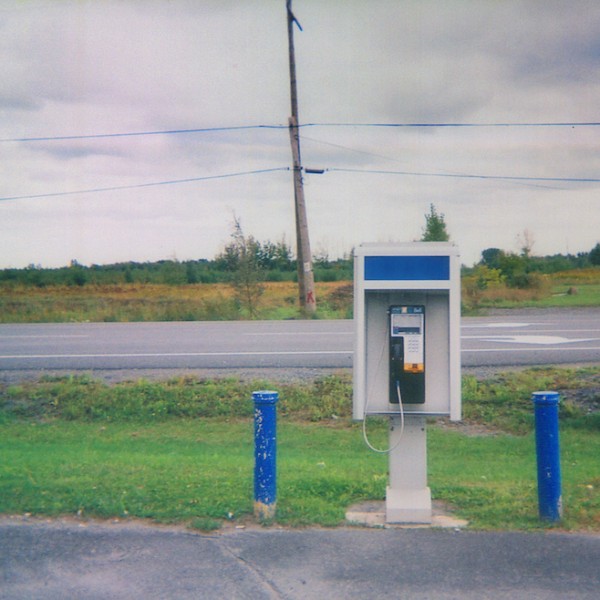 In Paterson, one of the greatest American epic poems of the 20th century, William Carlos Williams wrote, “No ideas but in things,” suggesting that poetry should focus on tangible objects and not abstract ideas. That is, like in his poem “The Red Wheelbarrow,” it’s the tangible objectivity of the red wheelbarrow, rain water, and chickens that leads us to understand the way in which things retain their individuality while forming an interconnected and dependent tapestry of meaning that sparkles with energy and life.

If Williams was the most important poet of the 20th century for emphasizing the interconnectedness of things and abandoning abstractions, Mark Kozelek is his 21st-century songwriting equal. He and Williams share an interest in the stuff of this world and have an almost uncanny ability to make it live and breathe.

Kozelek’s latest album as Sun Kil Moon is Universal Themes, and it comes out tomorrow (2 June 2015) in the wake of Benji, which set the bar so high for songwriting that it proved that Mark is not only America’s greatest living songwriter but also that he’s one of its all-time greatest poets.

Kozelek’s words, as every song on Benji demonstrated, like the poems of Whitman, Williams, and Ginsberg before them, universalized his existential experience to the point where the songs were his life or his life were his songs – take your pick. Artist and art were one, Mark had written his Leaves of Grass, and you could cry, laugh, and remember along with him.

But death is the universal theme that pervades the record – death that, without paradox for Mark, makes everything in life shine brightly and, as he says in “Little Rascals,” “beautiful.”

Opening track, “The Possum,” came out last December – and in the song, Kozelek takes up a dying possum and the band Godflesh as his main things. The brutality of Godflesh’s music allows Mark to contemplate both the frailty of the possum and himself. By presenting these seemingly disparate things in a dialectical relation, Kozelek allows me – the listener – to reach the subjective conclusion of the universality of the frailty of life.

All heavy rock, distorted guitars, and unadulterated vocals, “With a Sort of Grace I Went to the Bathroom to Cry” continues to explore frailty – this time, the relationship between the frailty of a dying groundhog and a dying friend, whom Kozelek must leave to go back to work. The song features some unexpected guitar breaks (Universal Themes includes the best guitar playing of Mark’s career), when the wild singing stops, and Kozelek sings about how he sees “poetry” all around him.

Kozelek finds poetry in animals, even though he knows that “it will all end someday”; his beloved animals, too, will die. In “Garden of Lavender,” Mark lists all the animals that make him happy; he then remembers another thing, his first guitar, which makes him happy, as does the music of Gomez and a sneaked kiss.

Yes, music also provides Kozelek with solace. The universal band for Kozelek, as it was on Benji, is Led Zeppelin. Or, I should say, his memories of Led Zeppelin. He references Jimmy Page in “Birds of Films,” and in “Bathroom to Cry,” he remembers Led Zeppelin leaving him with a feeling of contentment. In “Ali/Spinks 2” (perhaps the most structurally complex track on Universal Themes), the references are to musicians like Ry Cooder and Maurice Ravel.

It’s crucial to note that it’s the objectified memory (like the memories that populate “Garden of Lavender”) and not the music itself that provides the solace or, in some cases, pain – as in the case of “Cry Me a River Williamsburg Sleeve Tattoo Blues,” in which Mark sees a concert that doesn’t make him feel the way he remembers feeling in 1992 and instead floods him with memories of people who died young, were murdered, were tortured, etc. And this meditation on death flows into the litany of corpses that populates “Little Rascals.” But these companion tracks, “Tattoo Blues” and “Little Rascals,” resolve with this least ironic of all songwriters proclaiming, “It’s a beautiful world.”

“This Is My First Day and I’m an Indian and I Work at a Gas Station” begins with a dream, just as the previous track, “Ali/Spinks 2” ends with one. It’s Kozelek’s summation of all the stuff that fills the songs, this time in a dream-waking life dialectic that structures the stream-of-consciousness lyrics.

The point of “Gas Station” and Universal Themes – of Mark’s 48 years on this planet, and all the pain, and all our pain – is to empathize with others and, as a handicapped kid advises him, to “just live life.” And the song’s narration of how a chance occurrence of Mark and a friend still having flip phones, his meeting Bob Mould and telling him how much Candy Apple Grey inspires him, and how he watches HBO with Caroline “make[s] him feel pretty high about how everything felt last night.”

Universal Themes, reveling as it does in the stuff of the American grain, leaves me feeling pretty high.