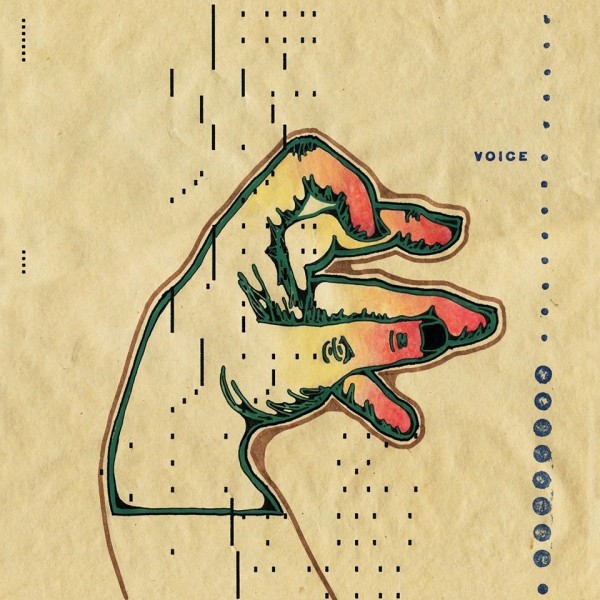 LD Beghtol has a wonderful habit of making me think.

But to hypothesize the existence of a just world is to fallaciously and illogically assume the presence of a universal force (or god) that eventually restores moral balance.

On The Just-World Phenomenon, Beghtol (formerly of Flare and Moth Wranglers, among many other bands) and his cohorts in ld&co call bullshit on this whole just-world business (or do they? See below.). If Kierkegaard were a Dadaist in his attack on Hegel’s system, his books would read something like ld&co’s music sounds.

Opening track “Devices” begins with a seeming multitude of voices that repeats the words “spectacles, testicles, wallets, watch,” which poke fun at the act of genuflection. Then the song morphs into a noisy guitar riff, over which Beghtol sings a beautiful but brief melody. The contrast is jarring but necessary, setting up art as the enemy of strict adherence to religious dogma. The track dismantles the just-world theory in a brief 1:27.

The next two tracks – “Chance Encounter” and “The Radiation Isn’t an Anomaly, It’s the Clue” – clock in at 0:31 and 0:22 respectively. The former, filled with electronic blips and chaotic voices, critiques the evil that testosterone-filled bros do. Continuing the Dada, ld&co splice in words such as “metaphor” and “simile” to deconstruct the pick-up lines spoken by a couple of bros, with the result of revealing their ignorance. It’s a fun way to make a social commentary. It made me think of Foucault’s This Is Not a Pipe and Burroughs’ “Nova Trilogy.”

“The Radiation Isn’t an Anomaly, It’s the Clue” is another heavy guitar track with lovely vocals (performed by Bethany Morrow), an off-kilter melody, a cool arrangement, and some terrific drumming and percussion. The word “Clue” in the title intrigues because it – like the second section of “Devices” – indicates that the very women the bros of “Chance Encounter” disrespect have the power to provide a cohesive narrative (or a great pop song). The bros need to be clued in to what Morrow and the rest of ld&co have to say.

In addition, “Clue” serves as a short bridge into “Velocity of the Bedroom,” which is pure pop heaven. But I don’t mean the kind of dogmatic Heaven in which the bros and many just-world folks probably believe. No, “Velocity of the Bedroom,” despite its catchiness, is the kind of tune that would freak out the bros. Beghtol sings an indelible melody over some sweet chords and great harmonies about what happens when “Boy meets boy.” The lyrical double-entendres and vocals are Morrissey-worthy, as is the song’s ironic ending.

ld&co close off the EP with “Stay Forever, My Love.” As Beghtol croons lyrics that announce that he and his lover “are together,” with spoken-world samples and odd noises floating behind him, he becomes a postmodern Frank Sinatra.

Is Beghtol sincere? Is “Stay Forever, My Love” more Dada? I can’t tell – and that’s a good thing.

Perhaps ld&co have created an alternative just-world phenomenon, as their title would seem to indicate. Or perhaps the Dada reigns supreme.

I don’t know the answer. But what I do know is that, as usual, Beghtol has me thinking. And if you get your hands on the wonderful The Just-World Phenomenon, you’ll be thinking too.