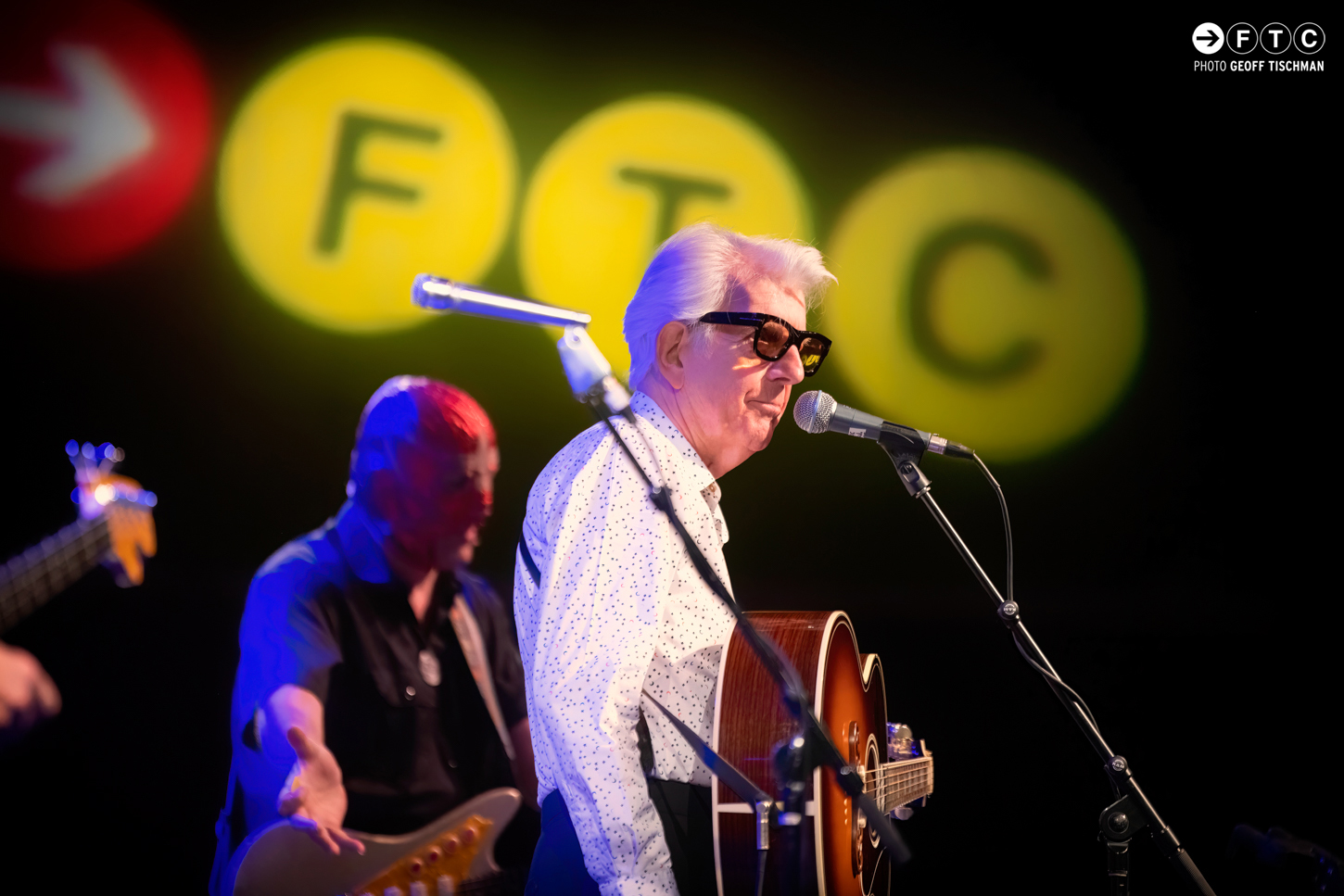 All Photos By Geoff Tischman

What an honor and pleasure to see Nick Lowe backed by Nashville’s own Los Straitjackets at Fairfield Theater Company in Fairfield, Connecticut. The Godfather of Pub Rock was in fine fettle, and the audience was his from the moment took the stage he opened with “So It Goes!” Incredible. Dressed in gray slacks and his trademark spectacles, he looked a lot like an esteemed professor who had just popped into the annual faculty garden party, which makes sense, as he proceeded to teach all of us a lesson about a time when the world was made of songs, when it seemed the world was as crowded with hit singles as the universe was with stars.

Mr. Lowe’s enjoyment was obvious, and the high points of his lesson went like this:

Toward the end of the set Mr. Lowe played “(What’s So Funny ‘Bout) Peace, Love and Understanding,” and we gave him a much-deserved standing ovation.

He knew the bride when she used to rock and roll. He goes way back. Here’s hoping he comes around again soon.