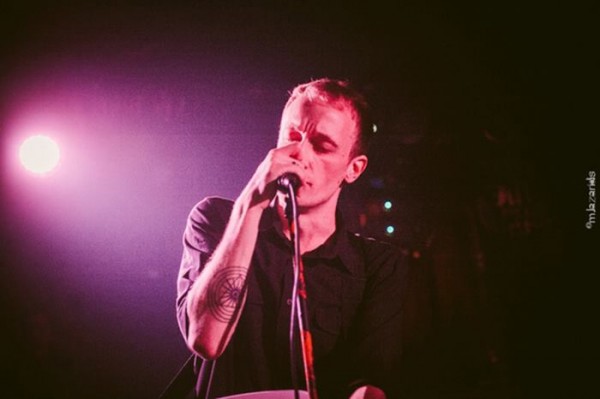 First and foremost, The Underground Youth’s Craig Dyer is a poet of sound and word, an artist whose ability to build sonic structures of beauty and meaning is almost unparalleled in today’s musical climate. Dyer’s songs function as mini-symphonies that haunt your soul, taking you on inward flights of deep introspection.

It’s no wonder, then, that Dyer has titled his new LP, Haunted (which comes out on Fuzz Club on 7 September). It’s an album about the dreams, inner journeys, and nightmares of characters who are afflicted, who struggle… It’s an album about what we all go through but, most of the time, are afraid to face.

Dyer brings this into the light, shoots for the universal…and gets it. He sings nightmares of the soul. He makes the release of Haunted into an event.

You can pre-order a copy of Haunted here. But, for now, please enjoy our interview with Dyer. We’re grateful for the time that he took preview Haunted for us. 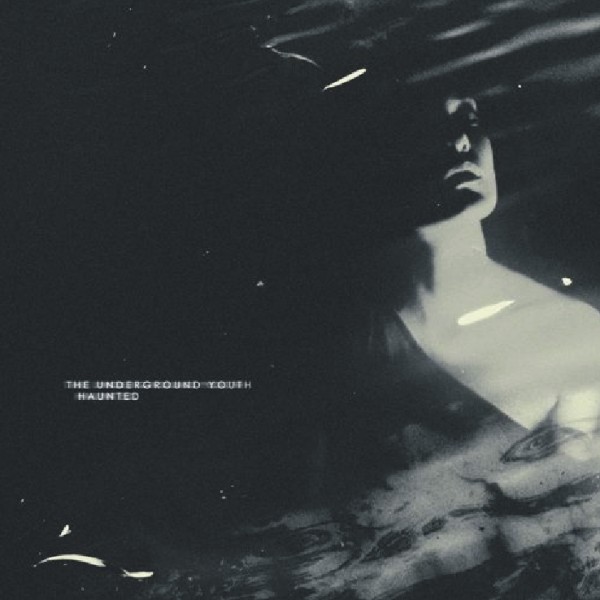 SEM: Thanks for the interview, Craig. Musically and lyrically, why did you decide to go in a darker direction on Haunted and, in so doing, expand your musical palette?

CD: It’s a direction I’ve been moving slowly in with previous releases: “The Perfect Enemy for God” and our last EP, Beautiful & Damned. I guess it’s the progression of my influences and my current inspiration. The direction develops naturally; I don’t give it too much pre-thought.

SEM: Haunted opens with “Collapsing into Night,” which has an ominous build to a song that’s written in the second person. This gives the song a prophetic feel. Who does the “you” address?

CD: Each song on the album documents the nightmares of a different character. “Collapsing into Night” is essentially a song about lost love, or rather the suspicion and paranoia that leads to it.

CD: “Haunted” came together very quickly. The guitar part led directly to the vocal melody, and the words came a bit later. I think they’re some of the darkest and most unsettling lyrics on the album; it’s a nice twist that they sit amongst this light pop melody.

SEM: What is the significance of the sequencing of the tracks, musically and lyrically?

CD: I tried to arrange the tracks to best set the mood and pace of the record, but I wouldn’t say there’s too much significance in it. I just couldn’t imagine it any other way. 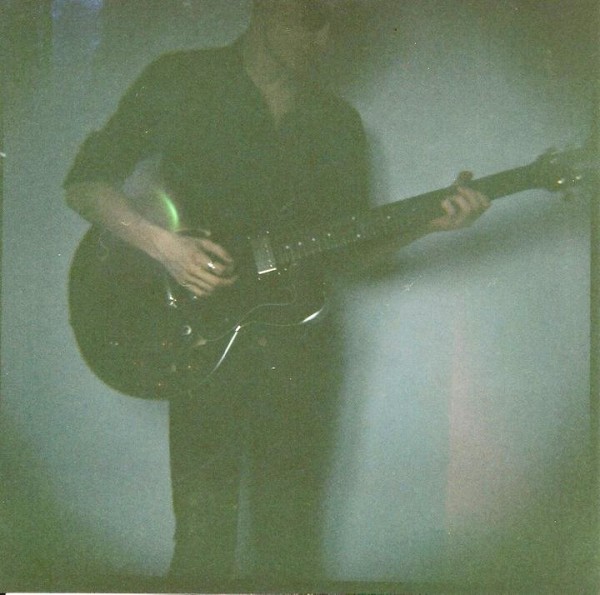 SEM: Dreaming plays a central role in many of these songs. What’s the relationship between dreams and feeling haunted?

CD: Well, as I mentioned earlier, lyrically the album is based around a series of dark dreams and nightmares. I guess, musically, the mood and atmosphere also add to this feeling of dreaminess.

SEM: What do you do as a musician to develop this relationship?

CD: I wouldn’t say we intentionally designed it that way to create this effect. Musically, we just wanted to produce an atmosphere that would suitably represent the characters’ afflictions.

SEM: As Haunted develops, its relation to post-punk becomes more and more apparent. Which post-punk bands and/or artists interest you?

CD: Again, this wasn’t something I gave too much pre-thought, I didn’t start the creative process thinking “I’m going to make a post-punk record.” But I guess at the time, I was revisiting bands like Bauhaus and Swans and Einstürzende Neubauten. It’s fair to say that had an effect on the record. 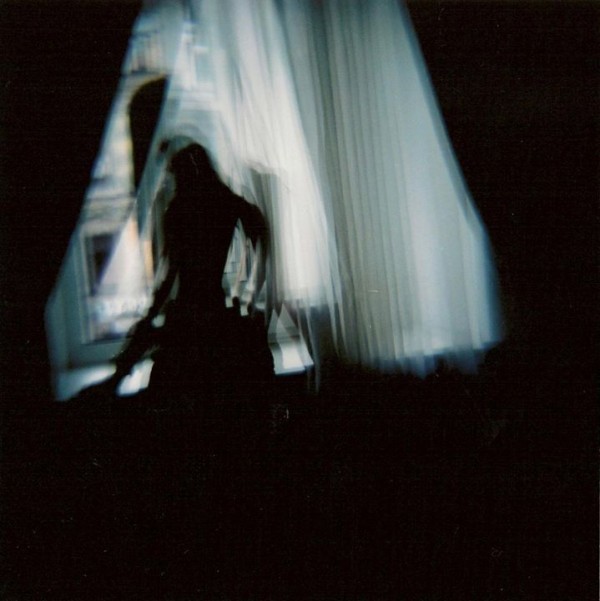 SEM: Why did you decide to include backing vocals on “The Girl Behind”? They stick out because the previous songs suggest the isolation of the singer…

CD: The lyrics in this song concern a character who is tormented by voices only he can hear. To fit this theme, I wanted a twin vocal on the track, and it’s always a pleasure to work with my good friend Daria, whose vocals have featured on a number of TUY’s recordings in the past.

SEM: Noise sections occur in tracks like “Dreaming with Maya Deren,” “Self Inflicted,” “Slave,” “Deep Inside of Me,” and “Returning to Shadow.” What’s the symbolic value of the noise sections as they relate to the lyrics and/or overall themes?

SEM: We haven’t talked about bass yet. Please talk about its place in “Deep Inside of Me.”

CD: I think four or five of the tracks started out as a bassline. Once I had the bass roughly recorded, the rest of the song was built around it. “Deep Inside of Me” was one of those; it’s kind of drowned out by the end, but it’s the foundation of the track.

SEM: You refer to Christianity a lot in your lyrics, especially on “Deep Inside of Me” and “Self Inflicted.” How do you see the role of Christian imagery in your lyrics?

CD: As with most of the lyrics it can be interpreted however the listener wants. I use religion as a tool in writing. I myself am not religious. 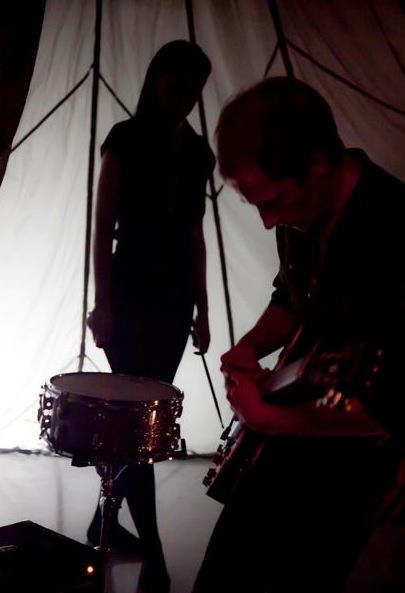 SEM: “Deep Inside of Me” ends with a terrific noise build that gets louder and louder. What was its inspiration and how did you create it?

CD: It’s just the result of layering effects and instruments over and over. There are also sections and samples from other tracks on the album, cut up by our producer James, and layered in the wall of noise. So, towards the end of the build, there’s a section from every track on the album playing at once.

SEM: It seems like the beautiful keyboard part in “Returning to Shadow” offers some light at the end of the dark album that is Haunted. Does it suggest that music offers hope in dealing with the darkness of life? But the track still ends ominously… Please comment.

CD: If you find some light or hope in the album then I’m happy that’s how you’ve perceived it. For me it ends as ominously as it starts.

SEM: What’s next for The Underground Youth?

CD: In September/October we will play a short tour in the UK and then play a month long EU tour through November. We’re looking forward to getting back on the road.