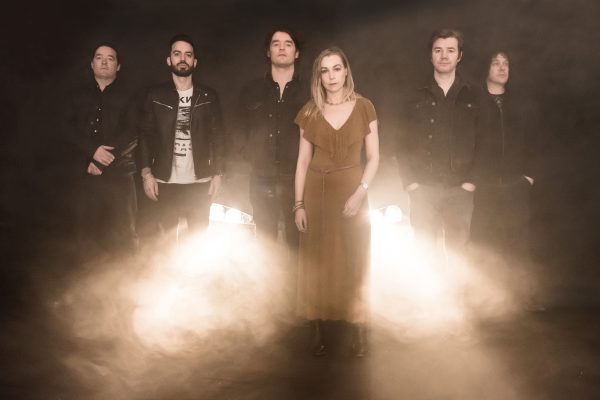 Photographs of Anathema by Caroline Traitler

Guitarist-vocalist Daniel Cavanagh gives insight into the making of Anathema’s latest album, The Optimist, which invites listeners to participate in the album’s moving, emotional narrative. Cavanagh and his bandmates – vocalist-guitarist Vincent Cavanagh, bassist Jamie Cavanagh, drummer John Douglas, vocalist Lee Douglas, and keyboardist Daniel Cardoso – have also created a set of powerful songs that stand out on their own. The Optimist is one of the best albums of Anathema’s storied career – and one of the best albums of 2017.

SEM: Many people have described Anathema as a progressive rock band. What’s your take?

DC: We are not a progressive rock band. I’d describe us as a rock band that is influenced by music from all across the spectrum. Sometimes, we create songs that contain only one riff. We rarely change the key of the song, so we rarely make complicated music. I think it’s the media that have called us progressive rock.

SEM: Please tell us what producer Tony Doogan brought to The Optimist.

DC: Tony is a wonderful producer; he worked extremely hard to make the music come alive. This is what producers do: they take what you give them and make it into a whole. Tony did his job magnificently but to consider whether he changed our sound is a big mistake. He didn’t change our sound; he simply brought it to life.

SEM: How has your guitar style progressed over the years? Is this a natural progression or do you consciously alter your style to fit the desired sound of the album?

DC: Really nothing about what I do with the guitar is conscious. I am actually a limited guitar player in scope, but what I have is energy and a sense of melody. And these things have helped me develop a style. Because I have limited ability for many styles of guitar, everything that I do in the studio or live is based largely on intuition; it is not common for me to consciously figure out exactly what I should be doing. I only do this when constructing a solo, which is actually quite rare. And even then, the experience is largely intuitive. That for me, like other artists, is in the process, in the magic and the moment. This is the essence of music and the purpose of music – to go deep into the juju, to chase the train.

SEM: Do you consider The Optimist to be a concept album?

DC: We prefer not to use the word concept when describing this record. This is not a concept album. This album has a story and is more like an interactive experience than anything else. There are no high-minded concepts at work here.

The album is a narrative that very loosely describes the journey taken by an unnamed person, who is featured on the record cover for our album A Fine Day to Exit. People can listen to the songs in any way they want; there is no right way and no wrong way to listen to this album. Essentially, it’s an open story with an open ending. Listeners can put a piece of themselves in the story if they want to, or the music can give a piece of ourselves to listeners if they want it. We used a “surrogate” and gave our energy into that character, and for this reason, it was a different and pleasant experience to write the album. I think we were more prepared this time to make the album we wanted to make. 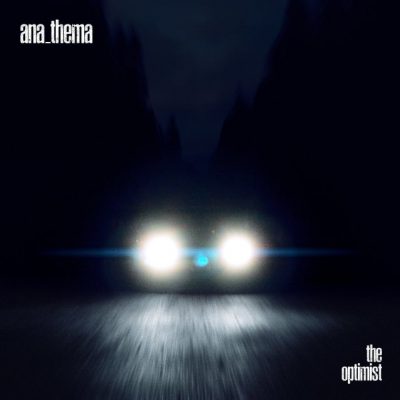 SEM: How did you first become acquainted with Travis Smith? What continuity between The Optimist and A Fine Day to Exit does his album artwork represent?

DC: Travis was essential to this process for the album. The artwork tells the story as much as the music does. For this reason, it was essential that Travis created the artwork for The Optimist, as he was the guy who made A Fine Day to Exit all those years ago. He was the guy that went to the beach and made the album cover that you see on A Fine Day to Exit. I cannot really imagine the album without Travis Smith working on it; he almost became the optimist for a little while, as he took the journey up the west coast of America, to catch the images that you see on the album.

SEM: Lee seems to have a more prominent role on this album. How did you decide who would sing lead on which songs?

DC: It was not difficult to choose who sings the songs; the music can tell you what it needs if you listen. So it is, again, an intuitive process to decide who can sing a lead vocal and, of course, it can be both singers or even me. It certainly was not a conscious decision to have more female vocals on this album; it just happened that Lee sang four songs this time.

SEM: Many of the songs feature noisy crescendos. Was this a conscious structural element linking these songs together?

DC: No, it was not a conscious construct, and it certainly is not meant to link the songs together that have this feature. It is crescendos, assembly, and musical movement that have been used for hundreds, or thousands of years to create atmosphere, to create intensity, energy, and emotion.

DC: It would really be better if the fans spoke about any catharsis that they have when listening to the crescendos in the band’s performance. For me, I enjoy the music very much for a few months after it is recorded: that is my time when I listen to the music and it moves me in the way that I wished it to. During this time, of course, I feel the energy that was intended in the music during the crescendos; that is, of course, if I am truly paying attention! Sometimes I am on Twitter or Facebook when listening to the music, and during that time, the effect on me is reduced. However, if I close my eyes and go into the music, it all affects me, crescendos or not. 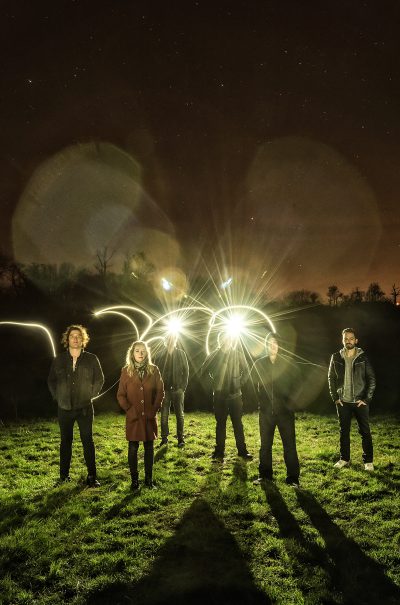 SEM: For a narrative-based album, The Optimist is sparse lyrically. How does the band employ vocals and instrumentation together to tell the story?

DC: As I said earlier, the songs are sparse lyrically in a way that helps listeners to invest more of themselves in the narrative and in the music. We are not trying to write the Ten Commandments here. All we are trying to do is create a narrative that people can enter into in a new and different way. The songs are what they are; they were not actually written for a story, but the story came late in the songwriting process. Before then, they were just Anathema songs, and we made them into the story that works because we say it works. Having sparse lyrics was not a conscious decision; it was just something that happened.

SEM: Is it fair to say that melodic motifs occur throughout the album? If so, please describe where and how this occurs.

DC: I think there is just one motif that occurs in endless ways, and that’s in “San Francisco.” In fact, it was in the writing of the track “San Francisco” that the motif happened. That motif was born from the chords of “Endless Ways,” as I was starting writing “San Francisco.” The motif was then also added to “Endless Ways,” which originally started the process, if that makes any sense. Basically, one original song influenced the other, and that other song influenced the original one back again.

SEM: What inspired the electronic programming? Please describe this process.

DC: You only have to look at the entire genre of electronic music, or even just to look at the surface of this genre, to understand that this is a very, very important movement in modern music. It is not hard, therefore, to understand that this would be a key movement in Anathema’s music – this was always going to happen, because this is the type of people we are – open people – brave musicians. Honestly, we don’t mind if people don’t like it, but I do really believe this is honest music.

SEM: Who did the string arrangements for the album, and where does this fit in within the songwriting process?

DC: Paul Leonard-Morgan did the string arrangements in Los Angeles, and then he flew to Glasgow in Scotland to record them – he was tired! He made the string process easy. I worked with him via the Internet to make the songs have the right feeling. I told him what I liked, what I didn’t, and this way we put it together using his expertise and great compositional skills. He also ended up writing a key melody on “Endless Ways,” and it was then used for “San Francisco.” 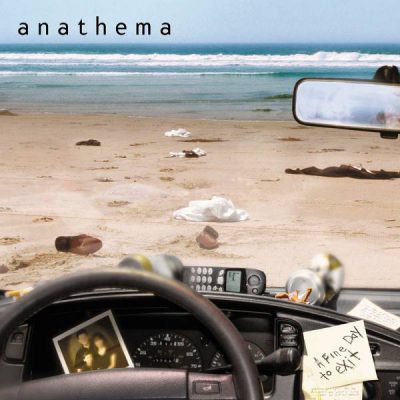 SEM: What are your plans for touring? How will you reproduce the sounds of this album live?

DC: If people are interested in coming to see us live, I’d recommend that they check our Facebook page. All our dates are on there. We’ll be in North America in mid-August; then we have a few weeks off before we head out in the UK and then over to Europe. We’ll end the year with some dates in Australia.

It will be interesting to try and make this album into a live performance on its own and see if that can work with an audience. It will certainly be good fun to try, as well as a big challenge; we need to take things to the next level on stage, and with the production of the shows, I’m really looking forward to it. It’ll be good fun!

SEM: Can we expect an event like Universal? We’re big fans of Universal…

DC: I have no plans to make another Universal at this point, but we shall have to see what happens next – and I really don’t know what that will be. Universal was a very big undertaking, so it is not a simple matter of just doing it in a few weeks. It takes weeks, months of preparation to make something like that happen. I don’t think I’d want to do it again unless the production and style of the product is even better than before, but as I said, I really don’t know what will happen next, so let us see what that will be!

Thank you for the interview and best wishes to all.

SEM: Thank you, Danny, for the interview. And thanks to you and the rest of Anathema for so many years of moving and inspirational music!