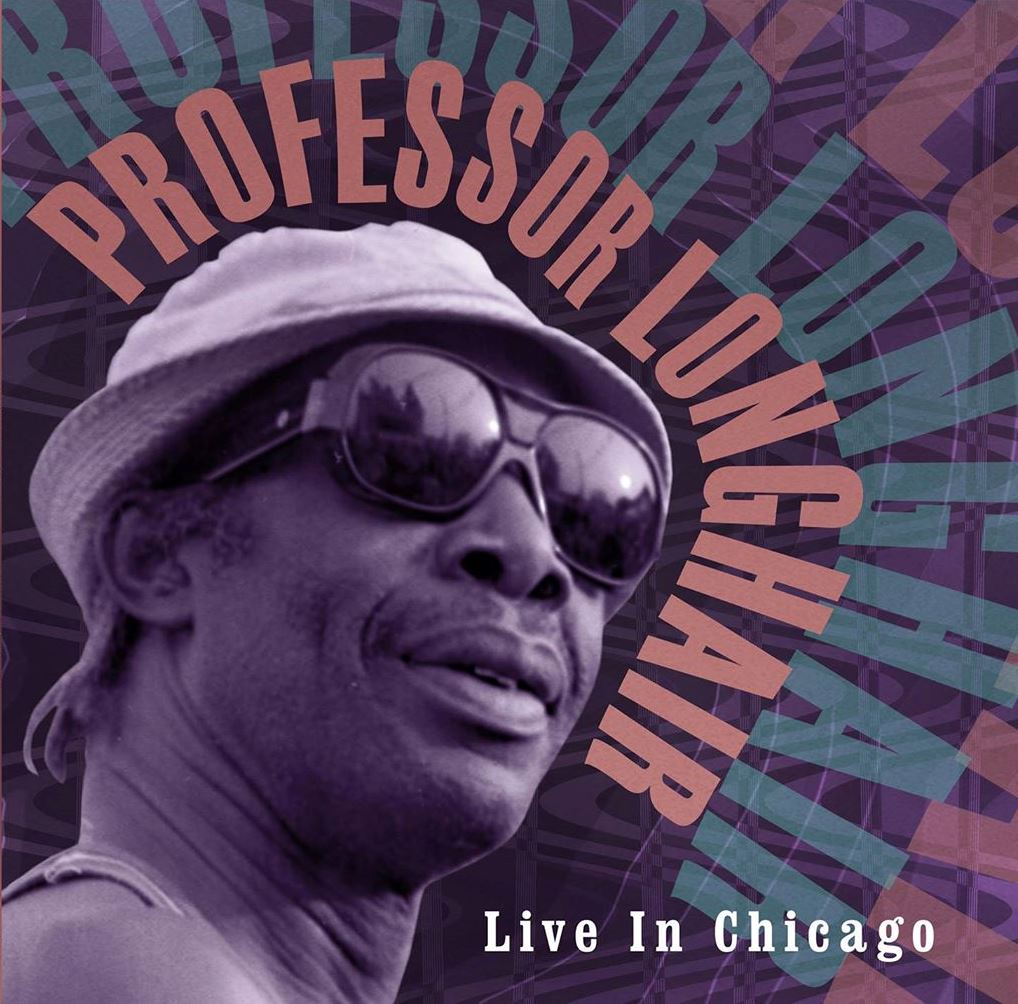 Does one really review a Professor Longhair live album? I’m not meaning to sound rhetorically cute or anything but the prospect of giving a ‘yay’ or ‘nay’ to the recording now jouncing through my headphones like the pure Crescent City spirit of celebration itself strikes me as pointless as reviewing the eating of ice cream or passing judgment on the plus or minus of falling in love on a brilliant spring day with the smell of honeysuckle seducing the air and the zing of immortality buzzing in your veins. It simply isn’t in any technical sense feasible to feel better than this while listening to music, spiritually, emotionally, whateverally. Even when the Prof is leading his band through a rolling blistering version of “Everyday I Have The Blues,” Billy Gregory’s guitar stinging like bees in heat, a kind of humble workingman’s bliss invincibly presides. It is, in essence, the joy of existence made manifest. If magic has a groove, this is it.

Recorded originally and broadcast by local station WFMT-FM at the Chicago Blues Festival on Feb. 1st, 1976 then sat on by Gregory for some 35+ years, Live in Chicago presents in one tidy package every ounce of the lifelong regret your correspondent carries around for not having seen the spectacle of unforced exuberance that was Professor Longhair and his band in performance (the Professor, known as Roland Byrd to his mama, died at age 61 in 1980). From introduction to encore, via the Chicago-tinged virtuosity of that guitar, via a rhythm section (Julius Farmer on bass, Earl Gordon drumming, Will Harvey with the wicked subtle rhythm guitar) that plows a furrow a mile deep but an inch wide, and via, of course, the ever-gladsome, tripping boogie-woogie piano of the man himself (as well his famed whistling, the warble of a jaybird on the wire), this is a set that goes beyond being merely exemplary of the artist at its center to representing, in its own disarmingly offhand way, something far more universal.

While there’s little doubt he himself would lay no claim, Professor Longhair is one of those artists about whom it could be said ‘He is American music,’ idioms madly commingling in a single glory. Listening in you just about hear it all: blues, New Orleans (AKA ‘the birthplace of’) jazz, Creole-flavored soul and running underneath each and every track the roots of rock’n’roll (you could plug “Mess Around”‘s guitar solo into almost any live act on any given night at the Fillmore in 1969 and not notice the difference). Not that this is news by any stretch. Indeed, in the wings of every Longhair performance are untold legions of musicians standing in the shadows of this totem. I mean, for goodness sake, Mac Rebennack learned from this guy. And live? Well, it was basically history itself sitting down at the ivories.

So really, what to mention first? Should we just begin at the beginning, the Prof-composed instrumental called “Doin’ It” with its easy-handed rollick laying out the blues-infused flavor like a gumbo-spiced hors d’ouevres, or maybe jump to the jumped-up version of “Got My Mojo Working” that finds the band setting themselves mutually on fire and includes some six-string theatrics from Gregory that would baffle Clapton? Or perhaps just settle on a deep but sprightly take on Earl King’s “Big Chief,” which, aside from “Tipitina,” absent here, may well be considered the Professor’s signature tune if it weren’t for the fact that they all are. “Mess Around,” written by legendary Atlantic honcho Ahmet Ertegun, has enough barrel roll boogie to it to make you drunk, the man’s own “Mardi Gras in New Orleans,” with its chicken-walk rhythm, virtuosic whistling passages and the piano’s ecstatic restraint give it an equal shot at repping the artist’s essence though closing instrumental bookend “Fess’s Boogie,” all nimble stomp and relentless good-time vibe, the band set to barroom sizzle, could persuasively argue for that title.

All told a crucial document of a gone time – in every sense of that phrase – that paradoxically, and thankfully, refuses to die, Live in Chicago brings nothing but smiles and love and a quietly undiminished awe.