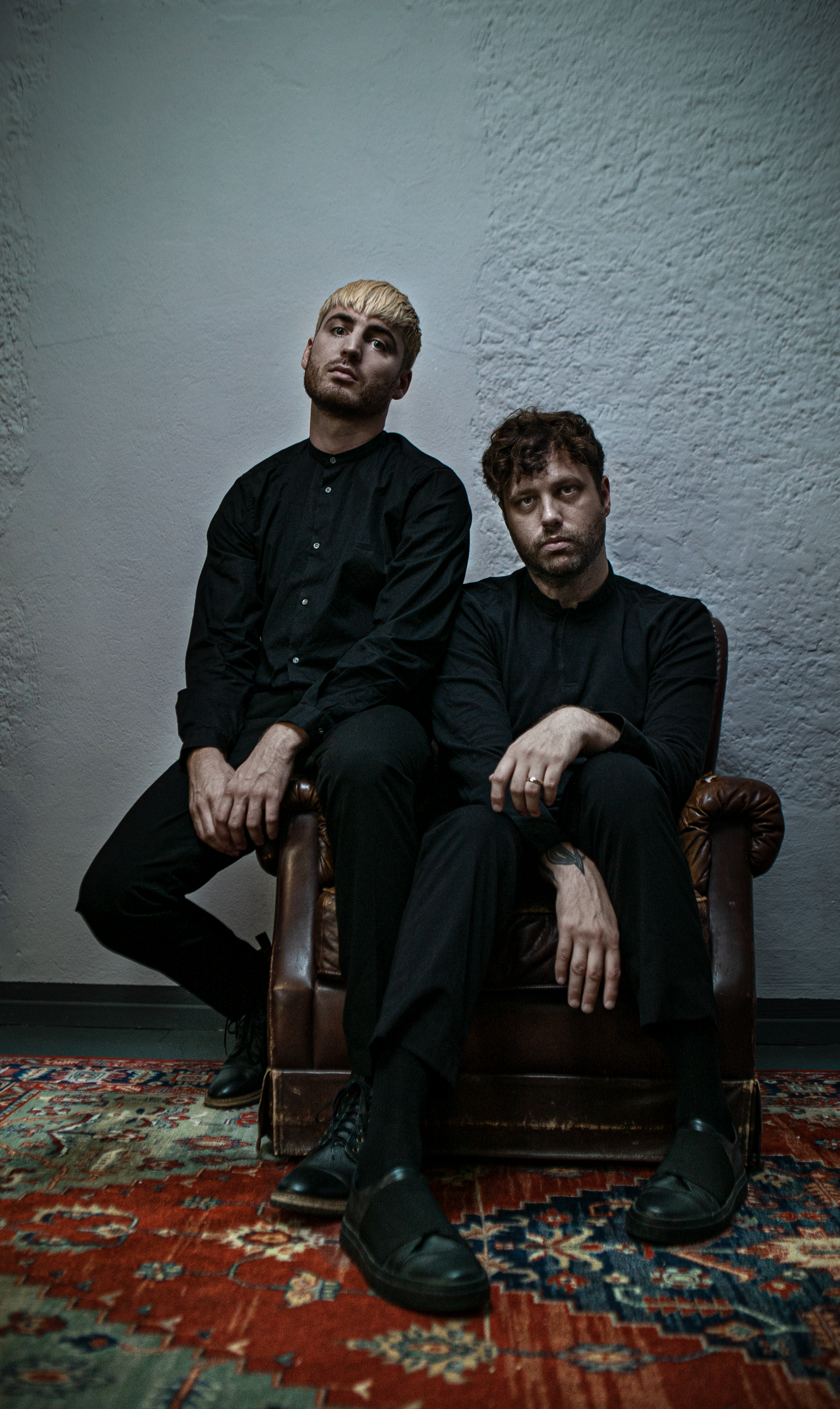 We try to be ‘early adopters’ here at SEM but, as one might guess, being able to be there at the genesis of something extraordinary or even just plain notable is a laudable goal that, unfortunately, is most often beyond the capabilities of a modest publication such as ours. But sometimes, sometimes, the fates cross swords in such a way and in exactly the right moment that we’re able to catch the incipient spark as it flashes and flares in the vast internet of things, rendering us, for a moment, speechless. But only for a moment, of course – speechlessness is not our forte around here – and in the next available moment we’re turning around to turn you all on to what we’ve just experienced. So it was with Crying Vessel back in 2017 when their album A Beautiful Curse landed on my desk in a kind of Excalibur burst of gothic blue light. While bathed in that light, suitably stunned, some words got written (most notably concerning the collaboration between band and Venezuelan visual artist Fabio Rincones, a relationship that continues in the video offered below) that reflected the impact that album had: “Sometimes you dream your stories, sometimes you live them. Sometimes the rare opportunity arises to do both simultaneously. And sometimes, even when that latter option arises, it turns into something closer to a shadowy, menacing nightmare.” While there’s no question that, as artists, Crying Vessel should evolve – and indeed they have as we’ll get to here in a sec – it’s also the case that the imperative, the impetus, the sheer will that drove the band in 2017 not only wasn’t a fluke it is their raison d’etre. The chords have changed, the arrangements have grown in sophistication, there’s a more refined sense of space and dynamics. The Crying Vessel of four years ago isn’t the same Crying Vessel we find before us here in 2021 but the dual hearts beating inside that vessel are as strong and committed, show the same vigor and certainty as was evident way back when in the Before times. As much as any band in the fevered worldwide panoply of darkwave (etc) bands, our world needs these two musicians to be carrying on with the passion we’ve come to expect from them, a passion they can’t help but be driven by. It’s also a passion riven with both compositional and production chops (our man Templeton goes way back in that latter department) that sticks the landing every…single…time. In that dark arts intersection – matrix, if you will – where the fever of inspiration meets the steady hand of craft, Crying Vessel don’t just live there, they thrive. So, with all that (re)established, we turn our attention to the first single released from Before Life Was Death (due from Cleopatra next May). Aching, confessional, trafficking in the conflicted emotional currents of regret, fear, and an ever-yearning hope that hope itself will one day arise, “Nevermind,” premiered on the estimable Sounds + Shadows site this morning, is the distillation of everything I’ve been trying to say here. It’s also, needless to say, a most compelling teaser for the album entire. The good thing? There will be more of these coming our way, so stay tuned for that but for now, as paradoxical as it sounds, pay some attention to “Nevermind.” [feature photo courtesy the band]