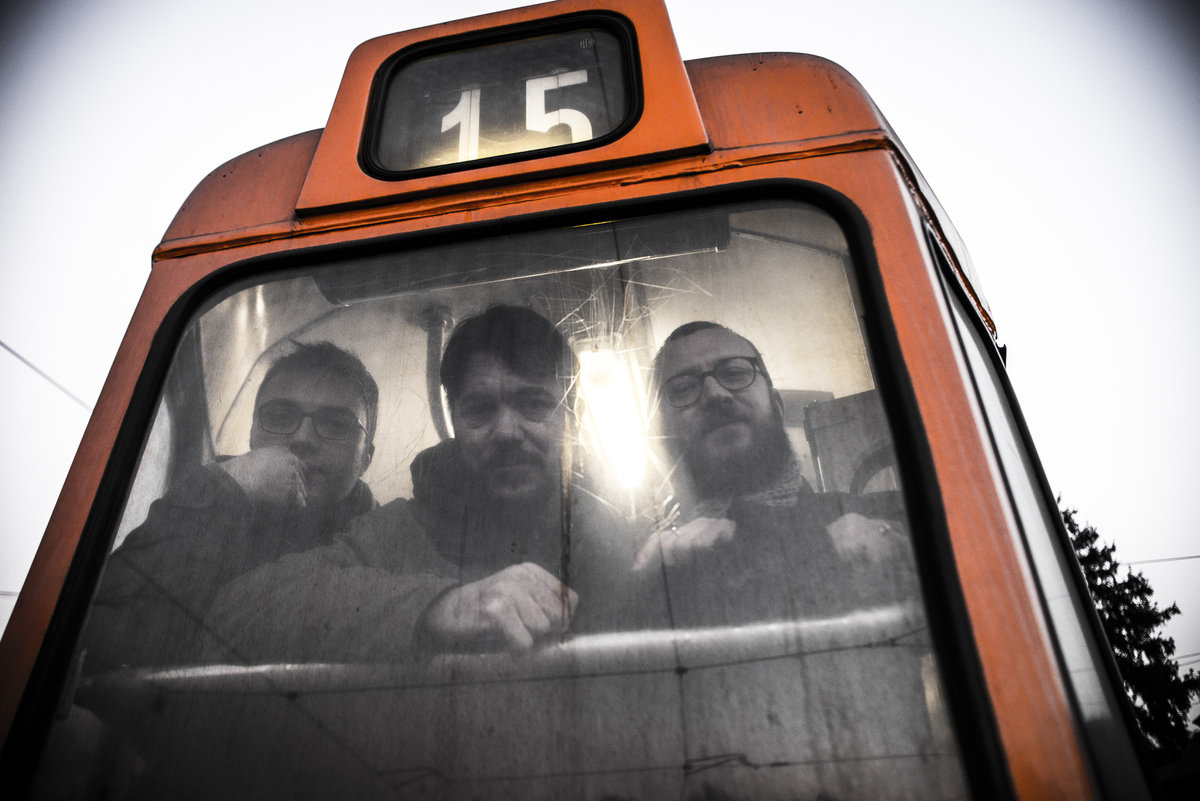 Fresh from the release of their debut album This Doesn’t Exist, Italian musicians Someday are proving themselves as visionary musicians with their unique pop rock sound.

The dynamic trio Someday consists of Daniele Bianco, Michele Fierro, and Fabio Digitali. Since the release of This Doesn’t Exist back in February 2017, Someday has continued to release singles from the album, the latest of which is “Clean Couch.”

And the band isn’t showing any signs of slowing down.

Recently, Daniele Bianco answered some questions about the band’s debut album and the way ahead.

Stereo Embers Magazine: Hi! Thank you for taking some time to answer my questions. I really appreciate getting to know more about you and your work.

Daniele Bianco: It’s a great honor for us to have the chance to introduce ourselves, we are very happy about the results we are getting… results reached thanks also to people like you, who work with passion.

SEM: So This Doesn’t Exist is your debut album, you must be very excited. What was it like putting your first album together?

D.B.: To create This Doesn’t Exist was very natural, it tells our story, made up of passion and perseverance, delusions and anger. But also with a hopeful vision about the future of music… these feelings are in our songs, halfway between joy and sadness. The evolution of our songs was always constant, we tried to improve our skills and refine our style… this is what should be done by every band, to work hard for maybe a long time to create its own style before recording. Obviously, to define a particular style means not following mainstream rules (or fake indie rules…) that wants every band to play the same kind of useless and empty songs with the same sound.

SEM: Was there any unforeseen difficulties in the creation of the LP? How did you start working with your label Seahorse Recordings?

D.B.: Difficulties? Yes… above all for what concern the “management” of the others musicians who collaborated with Someday during all these years (Someday were and are Daniele – vocals, guitar and lyrics – and Michele – bass), people who suddenly disappear for bizarre reasons, sometimes leaving the band in great trouble. And then money! To play and record it’s very expensive! Anyway, the greatest problem is to deal with the italian music scene, which is still very stuck in old dynamics. Fortunately, something’s different and someone noticed Someday. Seahorse Recordings’s Paolo Messere listened to our songs and called us last year, so this wonderful collaboration began. It was great, along with Paolo, to share the birth of our album, recorded in a beautiful mountain village in Sicily. In the end, only passion for music has allowed – and will allow – us to overcome every difficulty.

SEM: The themes on the album seem very philosophical. Apart from your musical influences, what inspires your musical themes?

D.B.: Our lyrics speak of vanished things or feelings, people who lost something important… let’s say the themes of abandonment and loss are central in This Doesn’t Exist and in the lives of all people who truly live… it does not mean we have a negative view of life, huh?! Anyway, not always!! The feelings we want to convey are mainly about something lost or forgotten, far away in space or time, undefined and elusive… let’s say enclosing something so evanescent in 3 or 4 minutes songs is very exciting… besides lyrics, we hope we hit the target even in music!

SEM: Your sound seems to combine a variety of musical genres, everything from dark rock to pop. Has this diversity allowed you to be a creative as possible in your compositions?

D.B.: Yes, our songs touch different genres, but this happened naturally without trying to approach this or that kind of music. We played what we are, colouring each track with different emotions. All you hear in the album is part of us, of our past and present listenings, the music we grew up with… we really listen to all kinds of music and we always play what we feel. We have no other references but our feelings.

SEM: The album releases March 31st. What are your plans after that?

D.B.: We will be touring in Italy in May and in the USA in June… then we will start working on a new album! For the moment, thank you very very much for your support!!