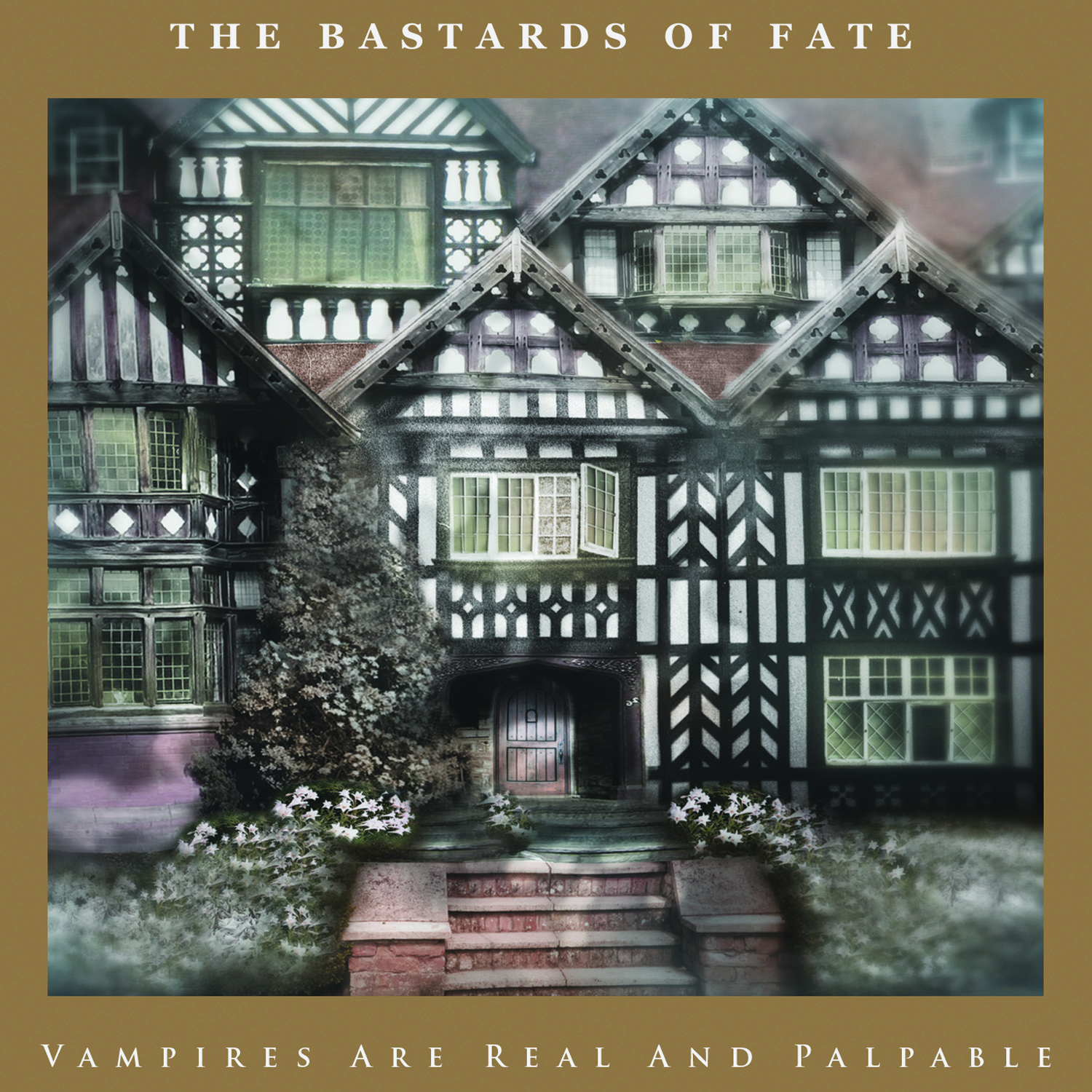 First things first here, the band. Believe me, they deserve massive credit and deserve it up front:

What constitutes a ‘rock’ record these days? In fact, what’s done so for the last ten years? Or fifteen, or twenty, or..? Certainly as far back as the early stirrings of (true) prog and electronic music in Canterbury and Cologne, as well the template-twisting (and sheer willful) brilliance promulgated by messrs. Zappa and Beefheart and/or the hyper-intelligent weirdsville theatrics being unleashed in San Francisco (think enigmas, think giant eyeballs) the outlines of the old leather-jacketed rebel beast – now approaching 60 years old though its precise birth date is in some dispute – began to expand in ways challenging to fan and critic alike, taking on shapes that Alan Freed couldn’t have imagined even if someone had double-dosed his morning MJB. Inevitably such adaptability, that level of elasticity, leads to efforts so outside the generally-accepted rock-crit dimensions (however loosely drawn) that they’re by default defining their own contexts. This leaves us often in a field of two-edged possibilities – the ground being broken is either truly essential and furthers the art form, or it’s utter dog-bollocked duff – where those two edges can easily blur or even transpose and the poor befuddled ‘rock’ writer must somehow differentiate.

It’s utterly subjective, of course, where and to what degree those markers get laid down, and often – some might argue too often – what was initially considered a lumpen misbegotten self-indulgent fuck-off fest is, thanks to time’s magic wand of reappraisal, later recognized as the sprawling masterwork it always was. Still others have some measure of greatness instantly bestowed upon them that can trigger in many of us an emperor’s clothes response that, as it turns out, is frequently justified when, ten or twenty years down the road, the work reeks of the pretense of its time. Then there are those records that land with their own awkwardly graceful sui generis thud that, even as it’s understood that they will clearly require a few spins to sequence its genome, one perceives via whatever intuitive antenna that a gem of some magnitude has fallen into one’s hands. Multi-dimensional, crackling with wounded wit, vast and confined, blessed with tonal idiosyncrasies that run the gamut from brash to playful to sinuous to shocking that, taken together, are moving on a deeply satisfying level, Bastards of Fate’s new album Vampires Are Real and Palpable is, most decidedly, one of the latter. This is a record that’s going to live with me forever, that’s never going to leave me. Yes it took a spot of cocked-head patience but it’s now taken up permanent residence, joining precious few others that sound nothing like it but share with it a blinding conviction – and binding cohesion – of seemingly fractured purpose.

Beginning with the rush of a train whistle that gives way to an intro passage of dolorous, skewed-sweet piano balladry and ending forty-four minutes later in a spell of dissipating static and a single wooden drumstick-on-drumstick tap, Vampires is a breathtaking record, not just for the scope of sonic adventure – we are swimming in some vasty deeps here – but, more impressively, how the LP, as a whole, singular piece of work, holds together as a breathing, fully functioning 10-track creature that seems preternaturally aware of its own existence (It lives!!). This is accomplished, most simply, by anchoring each track, no matter how noised up chopped up whim-bedeviled it might be, in a core melody streambed that the reptilian music brain finds impossible to resist. The record’s accessibility, in the midst of its seeming madness, is not just its saving grace (vampires, if you think about it, don’t need saving anyway) but the ever-budding mantra emanating in waves from the heart of the beast.

Before going any further please keep in mind that whatever level of descriptive prowess I’m able to dredge from the muddied banks of my excited little mind is but surface-scratching, that multitudes are buried beneath these songs that merit your most fearless spelunker’s impetus. Explore and be rewarded, a simple enough dictum but one seldom offered with quite the depth of quirk and exhilarating abandon as served up on Vampires. Let’s delve.

With themes such as transience, restlessness, and the difficulty inherent in basic human communication (among myriad others but the prevalence of bells and rings and whistles stand out as clarion indicators of – and cries of desire for – when our senses of connection to others had what seemed a more solid footing), this would not seem at a glance a cheery record but the slightest engagement with it uncovers serpentine strands of humor – sometimes gallows, often open but a bit oblique – and the prickly resistance that comes with it. And anyway, for all this record’s winged flights of disorientation, alienation, the dashes of mortal disappointment, it’s all ultimately won over by a stubborn beauty, a beauty that not only refuses to die, you can barely see its bruises.

That opening track, “Winter of Our Discontent,” for instance. Past that train whistle and somber piano the song emerges from itself with an epic shanty grace into an immense roiling plea to the great emptiness that stirs the soul and surrounds on all sides, a glorious cosseting din, singer Doug Cheatwood exhorting “I found her, her majesty” before the thing resolves in a dramatic, horn-driven coda and a whorl of synthesized wind. A marvel of pop agglomeration, it’s a perfect introduction, not just to the aesthetic M.O. here – build upward, build outward, layer with a bracing panache and tie it all up with snaking, and whistleable, and immortal, melody lines – but as well the innate emotional streak running through the album, a streak best described by that four-letter word up there: soul.

“Identity Theft,” despite its title and the electronic gargling that introduces it, exhibits a harmonica-assisted swing that suggests that the Bastards southern roots (they’re from Roanoke, VA) haven’t been wholly abandoned even as the band quite often comes across as more of a darkly spooked prog pop mutant, Caravan gone well off the rails, Crack The Sky cracked beyond repair. Due the relative madness, however, the results are viscerally more human than any such comparison might suggest. “Own It” takes a Kinks-y vocal hook and transmutes it through some new kind of time-warp app into a piece of Bran Van 3000-styled ecstasy pop that in turn gets manipulated – check that; Bastardized – into a supreme mindfuck masterpiece. These songs, I’ll just say right here, need to be heard to be believed.

“Chromosome 1” has Neutral Milk Hotel, under hypnotic duress, making a murky mess of an undiscovered Beck track that wakes up surprised to find itself exposed and blinking in the sunlight, the arrangement a disorienting hybrid of airy and claustrophobic, the intricacies spinning but nevermind since, again (and I realize you might get tired of hearing this if you haven’t already), the melody tucked inside it all would draw even the most obstinately skeptical aesthete into lockstep head-nod mode, it – like much of the album – is almost dubby that way, sneakingly narcotic. The poignant “Ultimate Death” finds a jagged-edged prettiness fighting through a slip-sliding chaos always lurking about the edges and easily winning, Cheatwood’s vocals at their most effecting, powerful and gripping before the piece collapses in a fit of exaggerated cartoon snoring and there’s that humor again, I L’ed OL.

Though at first blush bordering perhaps on excessive and seeming indulgent, ultimately the wild collage of noise and interstitial effects begins to present as necessary and integral, an extravagance of nature the tracks would seem naked without. Vampires is almost lavish in its excursions to the fringe and it takes a deft hand on a loose-limbed impulse to make this kind of balancing act work. Taking the outlandish and laying it as if manor-born around a sublime pop furrow, asserting what appears sonically nonsensical and making it as indispensable as a rudder in a rough sea, this is to grab command of the mysterious as if it’s just another everyday conundrum easily solved with an errant Catskills sample and a juddering, rippling wave of (jarringly sympathetic) sound. It’d be enough to drown in were it not for the unshaking songcraft anchoring the proceedings with an authority to die for and an incantation-like presence strong enough to raise the dead.

For further examples because maybe you don’t believe me there’s the creepy drawl of “One True Love” with its dizzying miasma of crowded atmospherics – veins of subtly unhinged synth, a carnival organ back there going mad, a menacing growl that comes and goes from god knows what depths – ambling along at a mostly funereal pace, is kaleidoscopically delicate and deliciously unsettling and ends up sounding like a prog ballad with a blues hangover, while “Credit,” another stab at complicated prog-pop, re-imagines Canterbury as a place overrun by robots obsessed with The Wizard of Oz, spiraling spidery melodies with over-the-rainbow hopes and an orchestral amount of mechanical tinkering crowding in from every perimeter. It’s beautiful, it’s brilliant, and, it must be said, is the music Flaming Lips should still be capable of making but apparently aren’t, neurotic but transcendent, intelligent but instinctual, emphatic but curiously evasive, like life itself.

I’ll set you up with a couple more samples then let you go so you can go buy the thing. Out of “Go No Further”‘s ramshackle laugh-tracked intro emerges a horn-stacked monster of an earworm supplemented by a passel of ooh-ooh backing vox, a popping tempo and Cheatwood pitching up higher in his range for a bit to unspool a tale of some cheery bad luck and lost horizons (“you got no further than the street you grew up on“), all swirled in the usual, not-at-all-usual mix of unforeseen left turns that by all rights should snap the listener’s neck but instead rather soothes in rough approximation of genius. And though I’m not here to play favorites (impossible anyway), a highlight has to be “Copilot,” a moment of great yearn under gummy skies, melancholia spiked with psychedelia – there are slow, sleighbell tambourines, poking synthesizer sympathies, a tempo as deliberate as a careful prayer; there’s a theremin, even – that in the end amounts to a type of cathartic pathos, as disturbing as it is gorgeous and that suggests the plaintive heights of such that Mark Linkous used to bring us to, though Sparklehorse, to my knowledge, never ended a track with a 2-minute organ-funked coda a la Booker T in wigged-out departure lounge mode. That sort of canny shenanigans, I believe, is the exclusive domain of Bastards of Fate, and you, my friend, oughta get in on it.