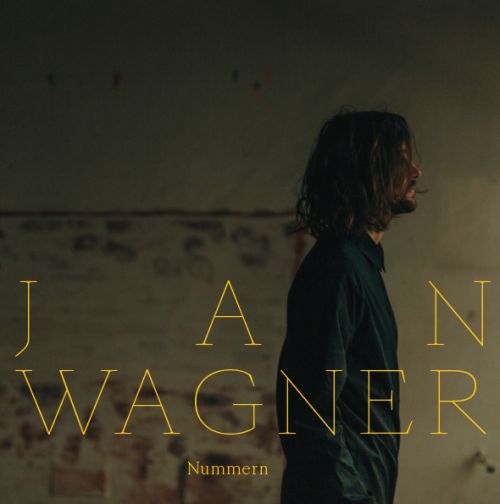 German Jan Wagner is a piano player, producer, and sound engineer who resides in Berlin. He’s been playing piano since the age of five, and as a young man was blessed to have had the opportunity to polish his engineering skills under the eye (well, ears) of none other than Hans Joachim Irmler of the legendary Krautrock project Faust. Wagner is also one of the sound designers responsible for the crisp, thumping sound of techno record label Ostgut.

Wagner recently released his debut record, titled Nummern, on Klangbad/Quiet Love Records. Based on the sound of this record, one could easily argue that all of his music experience to date leads up to this entrancing 8-song release. The LP is emotionally compelling, yet understated where it needs to be, with orchestral touches and a vivid artistic vision.

Stereo Embers is pleased to bring you this Q&A with Jan Wagner, where he delves into the details of his piano-based music style.

Stereo Embers Magazine: Hello Jan! So good to touch base with you. Starting from the beginning of your musical path, what is your first memory related to music?

Jan Wagner: I remember my dad showing me his old vinyl collection. He blew the dust off of the turntable, grabbed some LPs, and we started listening. I remember the sound of the old needle; the loud boomy noise it makes when you let the needle fall on the vinyl. The music started; some groovy guitars with drums and the lyrics that I heard were seared into my head. The words went, “We don´t need no education” from [Pink Floyd’s classic] “Another Brick In The Wall”. That was my first real memory of music.

SEM: You started playing piano at the age of five. Was this through formal training or were you taught by a family member?

JW: No, not really [formal]. I never played any classical music. I always played what I wanted; my piano teacher was pretty cool with that. He said I should decide what to play or not because it should be fun and not torture. And the good thing is, the music school was on the ground floor of my parents’ house. So music was all around me.

SEM: You developed a very minimal style of playing. What is it about this restraint that fascinates you?

JW: I have the feeling that the less I play, the more that comes out. The more space and gaps you leave, the more music happens in your head. Playing like this, on a piano, feels like the piano is breathing. You can hear the frequencies melt together and generate new tones. When you feel the vibrations in your fingers while playing, it feels like you’re connected to this instrument.

SEM: From what I’ve read, the piano parts on your album were recorded as a sonic diary. When did you first entertain the idea of releasing this as a record?

JW: At first I never had the intention of releasing it. I just wanted to play and record whatever came out. I didn’t go to the studio with the intention of making a track for an album. I went there because I had to. The studio, and especially the piano, attracts me. I need to play and if I don’t, I get nervous and restless. After James [James Varghese, producer] and I finished a couple of tracks, he came up with the idea of releasing them. He said the music is too precious to get lost on some hard drive.

SEM: Why did you decide to add all these electronic elements to the original recordings?

JW: Most of them aren’t really added afterwards. I didn’t want to make just a solo piano album. The electronic elements belong there as well. For example, the Juno and the Moog. For me the symbiosis between Juno and piano fits perfectly and the clear sound of the Moog bass supports the lower piano tones. It all belongs together to create that special feeling. Just a piano by itself would not have worked. While I was playing and recording I just tried to translate whatever happened in my head. Sometimes it needed a lot of electronic elements and sometimes less.

SEM: The record was produced by James Varghese, can you tell me about what he brought to the project?

JW: James brought a lot of good coffee (laughs). He was my second pair of ears. From the day I showed him the first sketches I knew he understands the music. It needs a lot of trust to show someone you barely know something so intimate, like the first recordings or demos. Everything is still shaky and you’re still insecure. With James I had that level of trust from the beginning. After I finished my first piano tracks and synth layers, I sent them to James. Sometimes he added some layers or took stuff out that wasn’t necessary. He was very precise with that.

SEM: Can we expect to hear this material live?

JW: Yes, sure!  The guys from Optic Notion will do the visuals. The live set will be a bit different than the record. I want to be as free as possible while playing. So it won’t work playing the piano as a loop or something like that. I need to feel it in the moment and in the room. It will be softer than the album tracks. But talking about music is always tricky. It’s best if you guys come to the concert and check it out for yourselves. (laughs)

Find out more about Jan Wagner