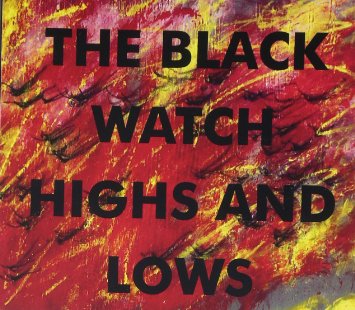 As a writer covering, however inadequately, the immeasurably vast array of (primarily rock-related) music emerging from all directions all the time, probably the most dispiriting comment I encounter is that lazy old shibboleth “They don’t make music like they used to.” Aside from its condescending inaccuracy and the reverse-ageist arrogance behind it that in essence says ‘Oh you poor sucker, you were born too late to know what truly great music is,’ aside from the maddening frequency with which it’s spewed, it’s the presumptuous tone of complicity adopted by most of those speaking that riles the most, certain that, as someone in their peer group – 60 at my last birthday for those keeping score at home – I’ll tacitly nod my head, joining in this communion of knowledgeable sages that knows this sacred truth due to, y’know, the mere mathematical accident of when we were born. That these flagrantly errant mutterings of bullshit get tossed off with such smug nonchalance despite there being (never more) easily accessed evidence to the contrary exposes them as the spasms of kneejerk contentiousness that they are rather than the grey-bearded wisdom their authors intend them to be. As could not have been made clearer by this point, I find this irksome, and a rising crest of indignant anger begins to well up in me, a visceral reflex tinged with sadness and disappointment and I want to immediately play them records to prove to them how laughably wrong they are, and regardless of fully understanding how futile my naive efforts to do so would likely be, I’d do it anyway given the opportunity, and one of the albums I could instantly reach for is this one. highs and lows, with its subtly profound assurance and craft, should shatter anyone’s doubt.

John Andrew Fredrick, under the modest moniker the black watch (the name a nod to his Scottish ancestry, the lower case insistence to the college instructor’s love of e.e. cummings), has been confidently spearheading this quiet singer/songwriter-rock revolution that’s meant to meld intelligent pop rock with a powerfully unassuming Beatlesque maturity since the late 80’s and has persistently succeeded record after record (I pulled out 94’s amphetamines while working on this review and it’s indeed the standout I remembered it to be). As with sugarplum fairy, sugarplum fairy from 2014, highs and lows continues Fredrick’s march towards the great pop consistency record book.

There is often – and in fact it’s rather guaranteed – a shining melancholic cast to black watch songs that sees them (Chris Rackard bass, Tyson Cornell lead, and Rick Woodard drums complete the current band) being simultaneously uplifting and shadowed by a yearning to reach the always out-of-reach ecstatic, songs, in other words, gilded with longing like the best and most memorable of them always are. “beautiful sleeper” uses a pair of channel-split acoustics strummed with what we might call an emphatic delicacy to couch lyrics that have this relaxed ornateness to them, resulting in a track that lets in the SoCal sunshine while, inevitably, drawing down a bit of the shade. The iridescent “quondam redhead” is all sitar-spiked propulsion (thanks to album-wide guest Robbie Shankar) and a “Mrs Robinson” doo-doo drive that speaks to a gently embattled romanticism any of us would recognize before resolving in a lengthy, distantly howling field of distortion that rather astutely underlines the lingering regret inherent in the title (‘quondam’ being Latin for ‘former’).

That coda notwithstanding, both “beautiful sleeper” and the following “pershing/harvard square,” a spirited takedown of the well-heeled proto-Gekkos (male and female) hanging around parties in said places, are at their core power-pop for adults (to some degree a not-all-that-inaccurate marker for much of the black watch’s catalog) where the acne and teenage angst are replaced by a mildly jaundiced bemusement and a (nonetheless energized) critical distance, and where, as mentioned before in these pages, the lyrics have grown a bit more erudite, whatever truculence now endowed with a nuanced heft, their biting ability to slay far sharpened and not infrequently cutting enough to draw blood, though discreetly (witness “square”‘s “just because you say strange things / and have a certain ruined mind // doesn’t mean you’re not affect / doesn’t mean you’re Chrissie Hynde“). But, as per the power-pop comparison, the sound on highs and lows is defined by its own reflexive authority, an uptempo, often sparkling implacability prevails (check the popsike drone of the immersive “love’s fever dream”), the arrangements, production (Rob Campanella – Mia Doi Todd, The Tyde et al), and playing as pop-tight as the form’s 70’s heyday. It’s like the Raspberries with an advance degree in Russian lit and a minor in Byronic philosophy.

“she’s a mess” calls to mind Robert Forster (though less from a country phone, more from a psych-fringed urban garage), another songwriter that gloriously can’t escape his academic background, “there’s no fucking way” is the ramshackle classicism of Alex Chilton fed through a Beach Boys harmonizer the handed off to Cheap Trick for a finishing glaze, “eleanor’s not hiding” uses an eloquent simplicity to great effect, producing a portrait of depression that glows with empathy and pathos (and the pop-contextualization of the word ‘doom’ here cannot go unremarked upon; sad in effect but no less brilliant), while the edgily crepuscular, Faustus-referenced “he must needs go that the devil drives” draws on “Heroes”‘ patina of sustain to lure you into its spellbinding core.

As always, then, astute with his referents and unabashed about their application, what makes these records Fredrick and band conjure as the black watch so compelling and, in fact, necessary, is of course the synthesis of those influences with his own in-born sensibilities. There is always something so unerring about a black watch record, the elements merging into what, from the beginning, has always been the ‘black watch sound,’ its heart continental, its impulses American. That’s one fine tradition, if you’re asking us, and highs and lows continues it at the same exemplary level we’ve come to expect. Buy it (digitally or as a CD) here.