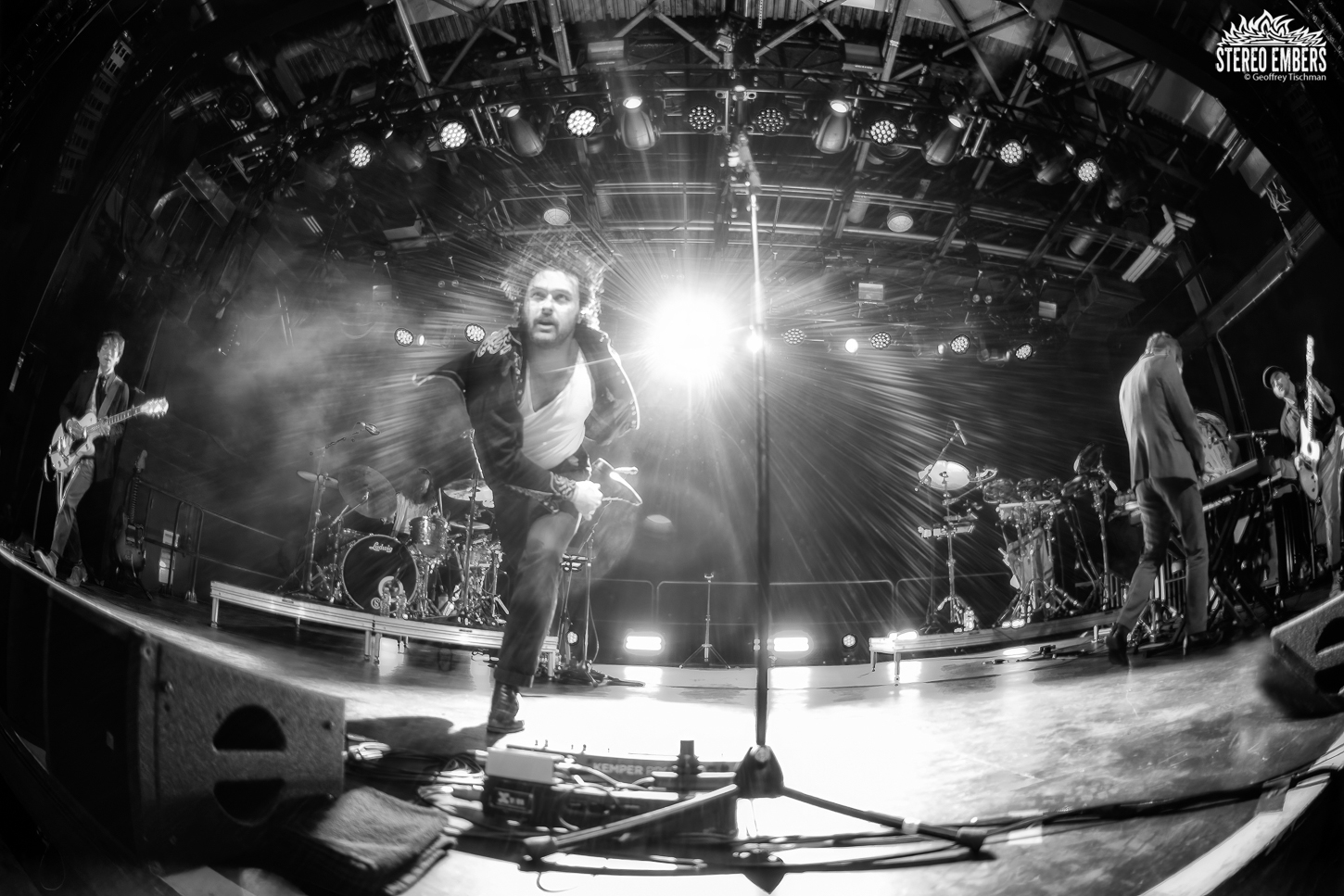 All photos by Geoff Tischman

On May 10th at Brooklyn Steel in Bushwick, NY, Australia’s Gang of Youths (formerly of Sydney, now habitues of Islington, London) demonstrated to the sold-out crowd at this former warehouse space – replete with the most gigantic steel ceiling fan you will ever see – that they are simply the best band in the world and will, decades from now, be considered one of the greatest bands to ever play rock n’ roll and will occupy a space in a pantheon alongside their heroes, artists such as U2, The Clash, The Replacements, Bruce Springsteen, The Smiths, The Jam, Stevie Wonder…name your favorite. Gaslight Anthem? Marah? Midnight Oil? The Police? The Alarm? This is the vein Gang of Youths is mining, and they do it effortlessly.

Their hearts are on their sleeves and they are pumping.

The crowd knew all the lyrics to songs from 2017’s Go Farther in Lightness and this year’s masterpiece, Angel in Realtime, written in the wake of the death of lead vocalist, pianist and songwriter Dave Le’aupepe’s father. They played every single, album tracks and brought all of us even deeper into rock n’ roll ecstasy with a sledgehammer version of “Let Me Down Easy” from Go Farther in Lightness. Singles “Angel of 8th Avenue” and “In The Wake Of Your Leave” and “Unison,” all three from Angel in Realtime, were just astonishing. The band is incredible, dextrous and forceful and, from the floor of Brooklyn Steel, obviously in love with these songs and with playing together – their musicality brings to mind The Wailers, the quality of the sound and the performances. Even the lights were amazing, and between songs Le’aupepe cajoled us, joked with us, inspired us…his sister lives in the city, and he lived in Brooklyn for a while (who hasn’t?), so he treated the performance as a hometown show.

And we ate it up. Le’aupepe isn’t just an incredible songwriter and musician, he’s also a master showman, and watching him dance across the stage and crack wise you couldn’t not think about Sinatra, Elvis, Springsteen…maybe even a little David Lee Roth? It was, quite simply, one of the best shows I’ve ever seen in 40 years of live music that’s included Springsteen, U2, The Replacements, The Rolling Stones, The Kinks, Stevie Ray Vaughn…it was absolutely everything you’d want in a rock show and, dare I say, a historic evening for those of us lucky enough to attend.

Prior to the show Le’aupepe walked through the entire line of us waiting to get into the hall. He chatted with each of us, posed for selfies, hugged people…he’s as sincere as he is talented.

And a gift to the rest of us who still believe.