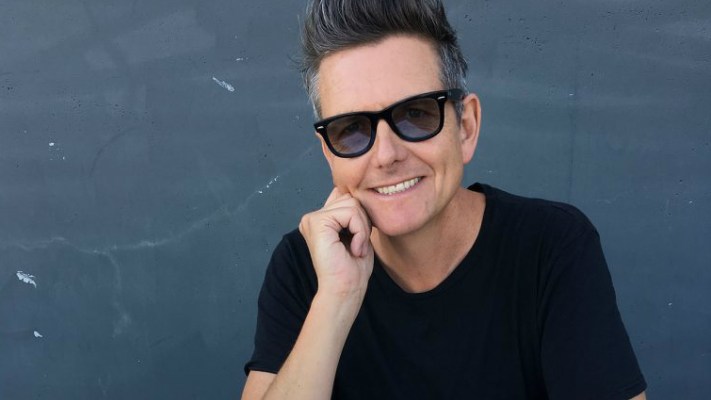 Kevin Haskins, best known as the drummer for Bauhaus, Love & Rockets, Tones on Tail and his latest musical venture Poptone (with former bandmate Daniel Ash and daughter Diva Dompe) has just signed on as music supervisor and producer for a new MTV-inspired television show, FOXES Television.

The show was created by the mother and son duo Tina and Julian de la Celle who are also the founders of Men’s fashion and music magazine FOXES. The pair have also enlisted the help of CANNES and BAFTA winning producer Orion Williams, decorated for his Ian Curtis (Joy Division) biopic, “Control”. The show aims to be a creative on screen representation of their physical pint media.

Incorporating another inspiration a la Jim Jarmusch’s film ‘Coffee and Cigarettes’, Mick Jagger and Martin Scorsese will be the focal point of the show, with conversations between the two. Interspersed between that dialog will be the music and fashion sections. Live sets with new and established bands, interviews, backstage footage and a healthy dose of fashion designers, fashion week features and tour diaries.

Not fully funded as of yet, there is an Indiegogo campaign to help raise the needed funds as well as a benefit show that will take place October 20th (further details to be announced soon). Donations get you various perks of your choice and Kevin has contributed a special one-time Bauhaus raffle with some very exclusive signed items. There are prints of your choice from his website (one large and one small), a signed copy of his recent coffee table book chronicling his former band ‘Bauhaus – Undead’ and a signed Bauhaus tour laminate. Since this is a raffle, the more you donate the better your chance is of winning and at $10 per ticket, it is a very economical way to help as well. Four winners will be announced Saturday, October 20th at 10PM PST / 1PM EST (and 6PM UK time). Please click on the link below for your chance to help out and possibly win some cool, one of a kind Bauhaus swag.

Keep up with Kevin Haskins

Keep up with FOXES Magazine