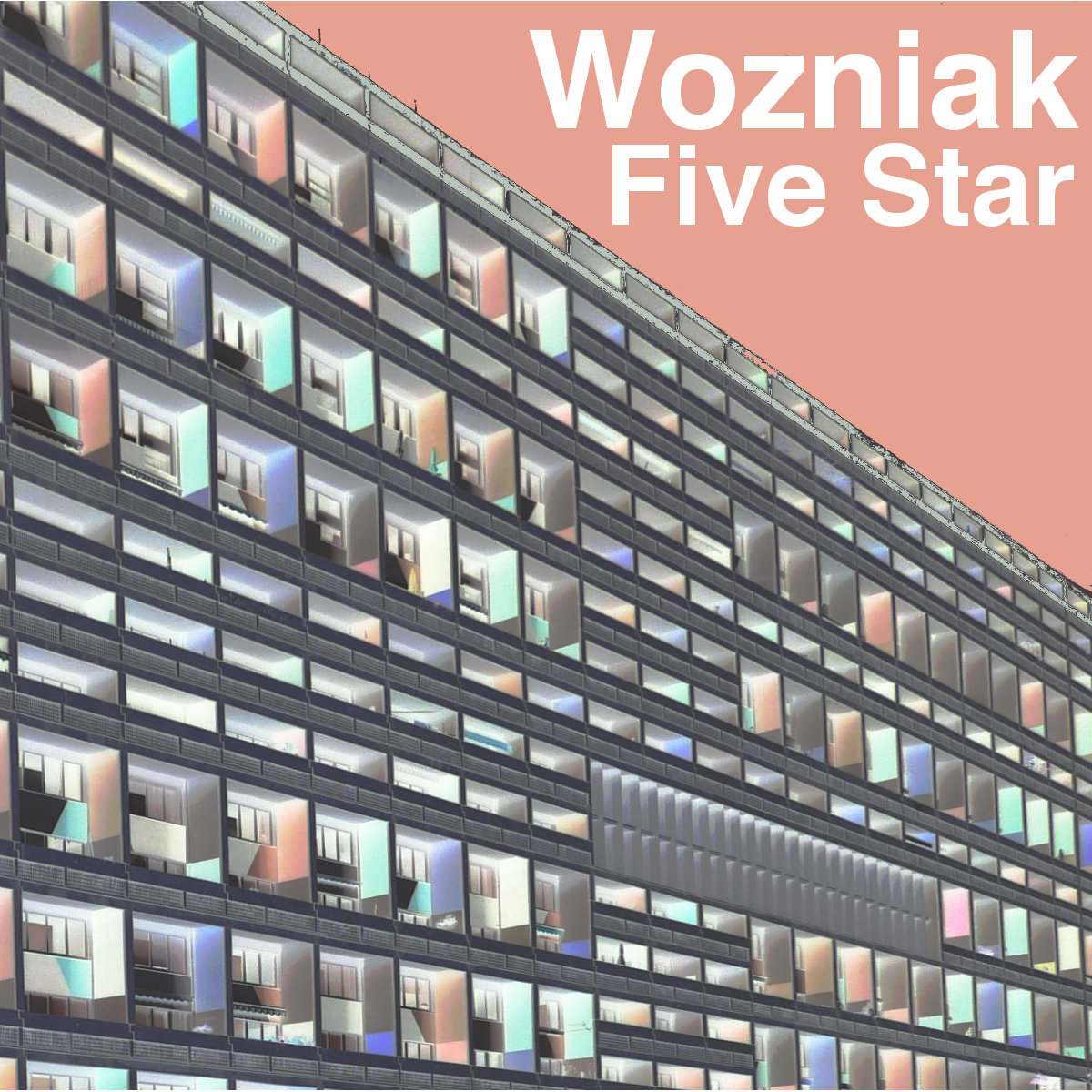 Below are my picks for the 15 top remixes of 2015 in no specific order.

Two names that immediately jump out at you for being both brilliant and sounding like no other are Saint Petersburg’s Pinkshinyultrablast and New York City’s Mahogany. This remix is astounding and worth putting on repeat for a good hour to fully let it become part of your DNA. Apart from just making music that is brilliant, Pinkshinyultrablast have risen to fame with the support of London label AC30 (an unprecedented signing for any Russian indie band), while the latter have a significant history (well, at least for one release) with legendary producer Robin Guthrie. We have yet one other entry in this list in association with the Cocteau Twins guru, which happens to be next in line. Check out the accompanying delightful short film for this here, produced by Andrew Prinz and directed by Jaclyn Slimm.

Well, this is something that’s bound to appeal even to the hardest Bauhaus fans, in a similar way that Tatu’s cover of The Smith’s “How Soon is Now?” took off like a bird with a fox on its tail. I totally commend the band on their rendition here – totally unexpected and refreshing, and not depressing at all. Of course it was recorded for the soundtrack of the Vampire Academy motion picture, so you can guarantee they made a killing on this, even without taking iTunes sales into account. As much as I love them, I actually like this on par and even better than the majority of their material. Would totally love to hear what Peter Murphy has to say about this, though I suspect he’d dig it secretly.

I don’t know how they did this, but it seems the dynamic duo (mentioned above already) have actually created a remix combining parts from five or more tracks derived the latest Novanta EP of the same name, but the speed is modified differently on each track to make it all morph together in an incredibly cohesive way. I don’t think I’ve ever heard a remix quite like this before. So impressed that it’s earned the number one spot. By the way, Best-Selling Dreams is an album is just too good not to mention, so find it here

We first heard of Wozniak earlier this year through the REVOLUTION shoegaze compilation. Their track ‘El Maresme’ was pretty fantastic, but it was followed up by the free-download single ‘Five Star’ and subsequently by the In Violet Remix for that. While hardcore shoegaze is not usually something that could be easily reformulated in any kind of remix whatsoever (seems almost unfathomable), UK artist In Violet has managed to pull this off brilliantly, with a sonic wheelbarrow of psych and electronica thrown in for good measure. This is ace!!!

Find this remix here and enjoy the original track below:

We here are fans of Ummagma, who also featured in our ‘Best Albums of 2015’ list for ‘Frequency’. But we are even bigger fans of Robin Guthrie and anything sounding perfectly in stride with Cocteau Twins, rather than the plethora of copycat acts out there nowadays. I am rather fond of the solo recordings by Mr. Guthrie himself, as well as his remix work. While some solo tracks seem like they’d benefit from delicate female vox to beautifully fill that void, here he has that – this is certainly one instance where having it pans out nicely. This latest remix seems to be the first he’s done for anybody since remixing Cubenx ‘Seegrass’ in 2012. A long wait but well worth it – Robin’s guitar swirls impressively and combines with Shauna McLarnon’s vocals in perfect harmony. Most certainly would nominate this lass for future collaborations with this living legend, were it in my power to do so.

Find the remix here and enjoy the original track here:

Landing – Across The Sky (Gnoomes Remix)

Gnoomes are a Russian psych rock / space rock band from the Urals who often get lumped in the shoegaze camp too, although they really are not. What they are definitely not too is an electronic dance powerhouse, so anyone mistakenly expecting that from this track upon seeing the word ‘remix’ is now going to have to destroy and reconstruct their understanding of this word. Here the Russian trio present one of the most tripped-out creations of the year.

Enjoy the remix, which is a free download, here and, in the meantime, trip out here:

Statickman is one of the more prolific synthpop artists from Chile, releasing music on nearly 8 labels now, perhaps the most famous of them being Germany’s dedicated electronica label Emerald & Doreen Recordings. Here, he’s remixed another labelmate from Hawaii called Lunar Twin. The result is surprisingly fresh with juxtaposition resulting in some kind of retro Alexander Robotnick groove caught up with Boney M and the dark addictive vocals of Mark Lanegan. Very cool trip here.

Meter Bridge – It Was Nothing (Rodney Cromwell Remix)

2015 was the year when Rodney Cromwell, together with brother Dom, tried his hand at a number of remixes – first for several tracks on the ‘Black Dog’ EP and now for Canadian synthwave electro duo Meter Bridge. While the original rocks, this is, of course, a remix article and this remix definitely makes the grade, featuring a Visage baseline, only sped-up multi-fold, along with bell-like synth and the dark ,serious vocals of this female-male tandem of Jill Beaulieu and Richard Kleef. I particularly like the post-vocal synth bits towards the end of the remix.

Find this remix, which is a free download here and enjoy this original track here:

A Copy For Collapse – No Failure (Aucan VIP Remix)

You know, I’ve never actually heard any other music by Aucan, who, according to his (or their) press, is apparently one of the biggest names from the Italian electronic scene, as well as a pretty quickly emerging artist known across Europe. This was my ‘introduction’ thanks to a press release I received about A Copy For Collapse. But this remix is just too clicky-funky to leave out of this awesome collection. Aucan’s synth line takes over, putting A Copy For Collapse in second place in a position that is nevertheless, the pillar for this song. Together, the two work seamlessly and I hope to hear anything they collectively produce again in future.

This is my fave remix from this Irish electronic duo’s latest LP ‘Alternations’, which is available via their Bandcamp page as a free download. This track, both in its original form and this remix, is highly impressive with vocal patterning that is nearly trance-inducing, given the right atmosphere. Vocalist Del Chaney here gives a clearly heartfelt performance that leaves you wanting to come back for more. An electronic act to watch in 2016. Four Point Zero is Jeff Appleton. His production on this track is crisp and remarkable.

Find the remix here, and enjoy the original version here:

Brazil-based Synthetik Form has been creating music – both original and remixes – for some time now. In this latest creation, Synthetik Form mastermind Luciano Oliviera teams up with Europeans New Neon to create a truly fun and exciting electronic track called “Compulsion.” The two parties bring together their respective trademark sounds to this project, with the latter providing sexy and inviting female vox throughout. The accompanying video makes you want to rave out right now, if the track itself were not already enough.

It’s not been been very long since Belgian dance-rockers Soulwax remixed such ‘big deal artists’ like Arcade Fire and Pulp. But this new remix for ‘Let It Happen’ is kind of mindboggling, taken from Tame Impala’s latest album ‘Currents’. Here it becomes beefier and funkier, spanning beyond a whopping nine minutes. While I prefer the innocent fuzz drift of their original early material, this is definitely one of the better remixes I heard in 2015. Judge for yourself.

The Autumn Stones – In With The Out Crowd (Texture & Light Remix)

This is one remix where a very upbeat jangly original of this song gets a total reworking by a band whose own sound is radically different from them. The outcome is really interesting, turning this track on it’s head and bringing in more tasteful electronica into the mix. Both of these artists are Canadian, by the way. So turn your ears North (or West or East), depending on where you are… likely you won’t be among the few who would have to turn them south 🙂 But do have a listen in any case.

While Felicia Morales is a Chilean performer who is widely celebrated in South America, the outside world knows very little of her. In fact, I wouldn’t have discovered her at all if it weren’t for this brilliant remix by Mind Movies. This is a Brazilian electronic producer, whose real name is Raoni Santos. This is likely the first ever remix of Felicia Morales’ creations, which is surely related to the very classical music bent her music has. The outcome of this remix is stunning and enchanting. If you put one remix on repeat today, let it be this one.

The Sweeps – The Last Dream (A Copycat Remix)

Like the previous Lunar Twin remix mentioned above, here is another track provided courtesy of Emerald & Doreen Recording, derived from The Sweeps’ April 2015 album ‘The Last Dream’. The band is also from Germany, but are apparently in love with disco. Swedish producer Copycat also lends them a hand in creating the perfect melancholic Italo-esque synth-pop track, representing a flashback to earlier Giorgio Moroder compositions. Copycat delivers yet another excellent creation in his very large repertoire of fantastic remixes.