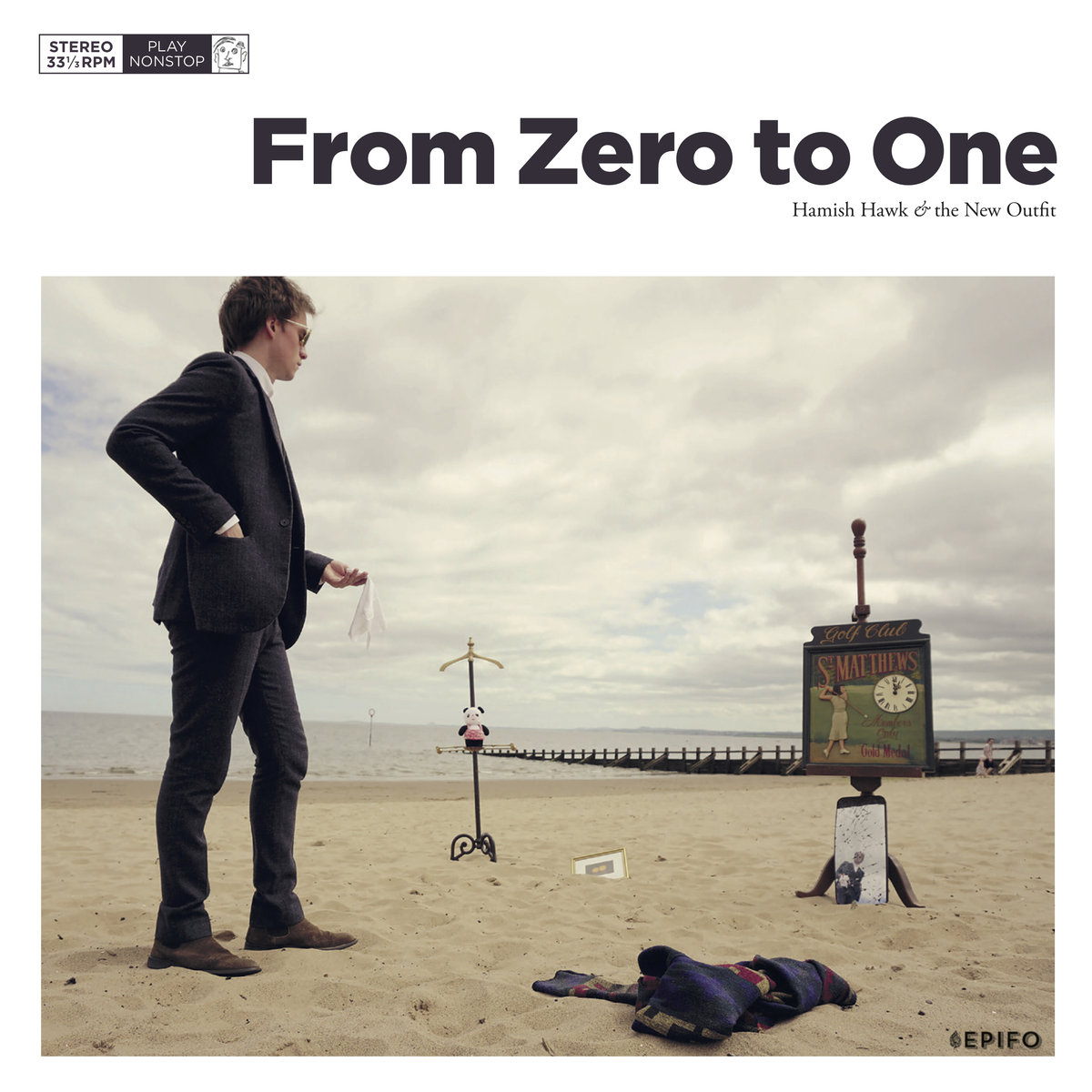 It must be said: This Baltimore-based, self-described ’boutique’ record label Epifo Music has been turning the ears and winning the heart and mind of this listener in a head-spinning hurry. First the debut single from former Phosphorescent guitarist Jesse Ainslie, the Stereo Ember-premiered “Back to Texas” hitting us here at the magazine as hard as Northern Arms did a couple years ago, and now they show up at our door with this witty, biting, delicate and indelicate collection of songs from Scottish singer-songwriter Hamish Hawk. While not by textbook definition a debut – the UK-only Aznavour peeked over the balustrade in 2014 – From Zero to One has the feel of one anyway, what with it not being just primarily one guy with an acoustic as Aznavour by necessity was and, in fact, enjoys the benefit of a stabilized, full backing band in the form of The New Outfit, who fill out the singer’s narratives with the unobtrusive-yet-indispensable telepathy that the Rumour offered Graham Parker.

Evincing, in some respects, the cheeky, literate and off-kilter agility of – coincidentally enough – H.Hawkline, there is also in Hawk’s songcraft a classicism that places him equidistant in the canon between Nick Lowe and Leonard Cohen, and lest you suspect I’m being a bit gratuitous or critically lazy or whatever in citing Mr C, may I invite you to give a considered listen to “Catherine Opens A Window” [It’s posted below and the funny thing? Wrote the above before watching it and its post-performance interview]. As for the former, Mr Hawk has been considerate enough to arrange the tracklisting so that the song immediately following “Catherine..,” “Hubble Space Telescope,” hurtles cleanly along in such a dash and clamor it could be sprinting alongside the Basher to see who makes it to the heart of the city first (a spirit shared, by the way, with “Goldenacres,” a study in snark and envy wrapped in a flirty hope that reminds of Costello’s “New Lace Sleeves” with less overt resentment and sped up to 45).

Elsewhere, roaming idly but ambitiously across the transvaal of the singer-songwriter domain, Hawk’s repertoire takes in the mid-American South – the nimble Tex-Mex-ish swing of opener “Nomad” – the great plains of melancholia – “Snuff”‘s late-relationship lament with its touch of the Jersey shore boardwalk after the season has faded – the sun-streaked shadows of yearning – the poignant, sepulchral twinkle of the undyingly lovely “Blueprints” where the organ itself will be enough to send you to pop church to see about absolving your every regret – and, inevitably perhaps, both the land of the getaway weekend holiday where, amid the subdued breathlessness of the rhythm section, piano-led confessionals and skewed expectations get scrawled in a hurried hand like a short story written on postcards (“(What A) Horrible Weekend”), and the low canyon of unrequited desire where “From Zero to One” floats down its slow-moving river to the same destination no matter how the memory replays it.

Though it hardly needs saying, maybe, Hawk, despite his age, manages all this while attending to multiple matters of the heart as if he’s some longtime student of emotional zen, a mastery most evident in the guy’s lyrical finesse, From Zero to One playing out like a quick encyclopaedia of notable couplets (consider “One year ago this looked so different, our dealing were fair and square/city people move to the country and set fire to their hair” from “Snuff” or “Catherine Opens A Window”‘s devastating “I remember when cancer was just a constellation/a starry-eyed crustacean with nothing to say of whether you and I live or die” to cite but two). In this way, with those words’ impact striking in a kind of suddenly oblique fashion – especially effective inside the record’s sparser arrangements – another antecedent came to mind upon second listen and that was John Howard. While there’s yet, of course, quite the seasoning in the young Hamish Hawk to fully merit the comparison, there’s little doubt to be had that, as an artist, he is clearly on a rarefied trajectory.

Yes yes, high praise that is. It is not undue.