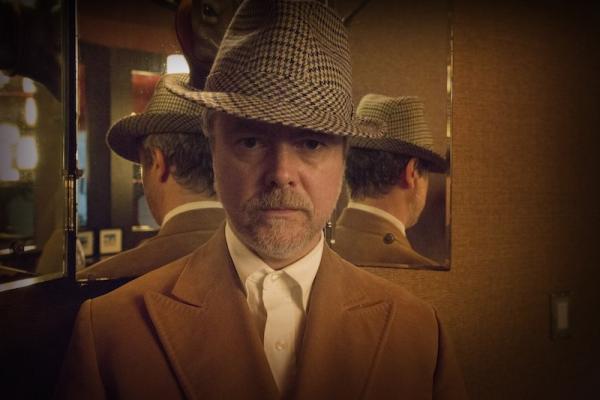 We’ll just say this upfront. There are few so-called singer-songwriter albums that approach the level of sublime as 2012’s The Fates by Matthew Edwards & the Unfortunates. In addition, if one were to go with the label favored by Discogs, there are few (and in fact even fewer) so-called folk rock albums as sublime as The Fates. Gilded with a literary finesse, embossed by inspired musicianship that’s in a stroke both sympathetic and ecstatic, and buoyed by a wry resilience that conveys like a sort of bourbon-smooth nihilism, the record sneaked into existence as a limited, vinyl-only release on Last Tape Recordings, a label that of this writing has but that one album in its catalog. Coyly fitting as that, um, fate may be – a work veiled in a luxurious dismay and softly spiked with exquisite weltschmerz  worthy of Hesse being itself left longing for a wider audience – the record is, in a sense, being rescued by Metal Postcard Records, which is giving it a broader release on CD in January (though advance digital copies can be purchased here). In honor of this, Stereo Embers presents an exclusive interview with Matthew Edwards, conducted over the space of a couple of email months. As a bonus, we thought it only right to ‘reissue’ the review we published when The Fates first emerged over two years ago. Owing to its timeless quality combined with its limited availability, albums like this most often slip into a cult-like obscurity, becoming sought-after talismans of crate-diggers worldwide. Rarely are such albums given a second chance, and the fact that The Fates will once again be available for one and all, well, that’s fortunate indeed.

STEREO EMBERS: There being no better place, let’s start at the beginning, if we may. Where were you born, was your family musical, what turned you toward music and at what age?

MATTHEW EDWARDS: I was born in Birmingham, England. My dad worked in a factory and my mom worked part-time in a psychiatric hospital. I was brought up in the Small Heath area of the city which when I was there was a wonderful mix of cultures: Jamaican, Pakistani, Irish, and English. I mainly palled around with the black kids on my street and their parents music (rocksteady/reggae) was part of the soundtrack to childhood. I am an only child and my family life was very loving, very working class and almost silent (at least in our house) as my folks were not big talkers. However, they both sang almost all the time. All my dad’s brothers and sisters sang; my Dad being the family’s best crooner. My Dad’s father played the banjo semi-professionally but he died of TB before I was born. Most of Dad’s family played a bit of piano too. My Nan’s house was a revolving door of family members and there was always music, either the radio, gramophone or just a sing-song show-tunes, music-hall ditties, Irish songs, hymns, Elvis and Buddy Holly, everything. I mainly hid behind the sofa at such soirees popping out to nick a swig of my uncle’s beers.

I owned a guitar from the age of nine but more for posing (and respraying) than playing. I only thought about singing later. When I was about 15 some mates of mine had this shambolic Fall-esque band that rehearsed above a communist bookstore in Birmingham. One Saturday afternoon the singer didn’t show up so I sang a couple of covers – Lou Reed’s “Vicious” and (I think) “Roadrunner” by The Modern Lovers. The drummer in the band told me I could sing and that was all the validation I needed. That afternoon I began my descent into trouble…

SE: What musicians/writers made you want to be a songwriter? Is there anyone you might have hoped to emulate that might surprise us, like, I dunno, Ian Anderson or Noddy or Lemmy or someone?

ME: Nobody made me want to write songs, I just felt this was my outlet. I struggled to find one before then. I’d painted and won a couple of prizes for creative writing in my teens but as soon as I discovered melody and words together I knew this was my medium.

Of course there were and are songwriters I hugely admire though I have tried to never emulate anyone. In fact if I think a song sounds too derivative of someone else I dump it. I’ve thrown a great many songs away. When I started playing music I really liked Richard Hell, Jonathan Richman, and Lou Reed. And Bowie and Scott Walker (my auntie was a fan).

My only real constant has been Laura Nyro. I discovered her at 15 and still adore those first four albums above all others. I currently find Albert Ayler, Pharoah Sanders and Lee Perry very inspiring but you’d be hard pressed to say they were an influence.

SE: So between those first stirrings above a communist bookstore and the band that put you on many people’s radars – the Music Lovers – there must have been some formative experiences, either in a band format or solo, or perhaps not and instead you spent your apprenticeship as an ambulance driver or got a job in that bookstore. Just trying to fill in some background here to better understand what ultimately led to an album like The Fates.

ME: I formed the Music Lovers in San Francisco to record a demo of 4 songs I’d written. 4 songs I was happy with. Really believed in. I then sent those songs to 10 independent record labels in the US that I admired. I got call backs from 4, went out and played CMJ in NYC and signed to Le Grande Magistery out of Detroit for 3 albums. I loved LGM as they had put out A Girl Called Eddie’s first EP and I adored it. I felt a kinship. Matthew from LGM was a real old school tin-pan alley kind of guy and a superbly gifted album cover artist, so… I signed with him. The first album ‘The Words We Say Before We Sleep’ came out the same day as Funeral‘ by Arcade Fire and we shared a few reviews. We did a further 2 albums for Matthew then I decided to call it quits – the contract had elapsed and the band had done all I wanted it to do. It’s good to know when to say ‘goodbye’ and move on. Also, my personal life was haphazard to say the least and I need to recover/re-group, regain the desire to write which eventually I did. After quite a reclusive time I started playing trio shows with Isaac from The Music Lovers on piano and Adaiha [McAdams-Somer] on cello.

SE: As ashamed as I am to admit it, the aforementioned band the Music Lovers, despite, as I understand it, garnering a trove of plaudits from the press, escaped my notice completely, which is especially galling as the band operated out of my erstwhile home town of San Francisco (though, in my – admittedly feeble – defense, I left in 1989). So, if you would, walk us through a quick or not-so-quick history of that band – what samples I’ve heard have a bit more of a classic ‘band’ feel – and your experience both being its frontman and negotiating the music industry as it began to fray at the beginning of the century.

ME: I had a life: At various times I have been a student (English Literature), a bartender, a park-ranger, sold ladies apparel and worked demolition. I am an Occupational Therapist by trade. I spent a while as a songwriter for Warners and an unfortunate tenure attached to Virgin. On the side I wrote some bloody awful disco records. I had quite a lot of fun.

SE: Yes, I’d reckon the regroup/recover period that led to the desire to write again was a considerable success given the results on The Fates. If you don’t mind, can you talk a little about the songwriting process for you? I kind of collect these sorts of questions/answers, it’s becoming quite the hobby, but the ways in which artists go about their craft is rather endlessly fascinating.

ME: There was quite a creative gap. Then suddenly there wasn’t and I wrote three songs I really liked one after another. My mood lightened considerably if not the subject matter. “Craft’ is hard for me to talk about so I’d rather say the Great God Pan passes them to me in a fever dream, haha! In reality, I take notes, hundreds of notes, on buses, in bars, walking and they become an idea and the idea becomes a song. The lyrics either take 5 minutes or a year.

SE: Just to satisfy the fan/geek side of me, how’d you hook up with Fred Frith? His contributions to The Fates are quite dramatic in themselves, and I suppose the follow-up question would be will he be on board the next time around?

ME: Yes, I have just recorded with Fred again. On what will be the opening song on the next Unfortunates record. He was magnificent. He played on the records because I asked him. He listened and said ‘yes.’ Simple really. I loved Henry Cow but especially his first solo record ‘Guitar Solos.’ I am very fortunate to have him play. He’s a gent.

SE: “..the next Unfortunates record” is a phrase we’ve been eager to hear around SEM. Could you speak to it a little bit (or a lot)? Is it essentially a case of carrying The Fates forward or are we drifting towards a different direction?

ME: We have seven songs basically tracked. I just worked with John Rivers who recorded Felt, The Specials, et al. It was a good experience. Fred added guitars, Adaiha cello, and I have Isaac [Bonnell] switching to electric guitar from accordion. The songs are more expansive and more rhythmic – this came about from working with Derrick Simmonds the new Unfortunates drummer who is incredibly metronomic. I’m hoping for a more songwriterly take on La Dusseldorf. However, who the hell knows? Part of the record will be very pared down though. Lots of space and atmosphere.

Provisionally the record is called Folklore and it may well be the last one I make. I’m thinking of going back into bingo calling as an expressive outlet…