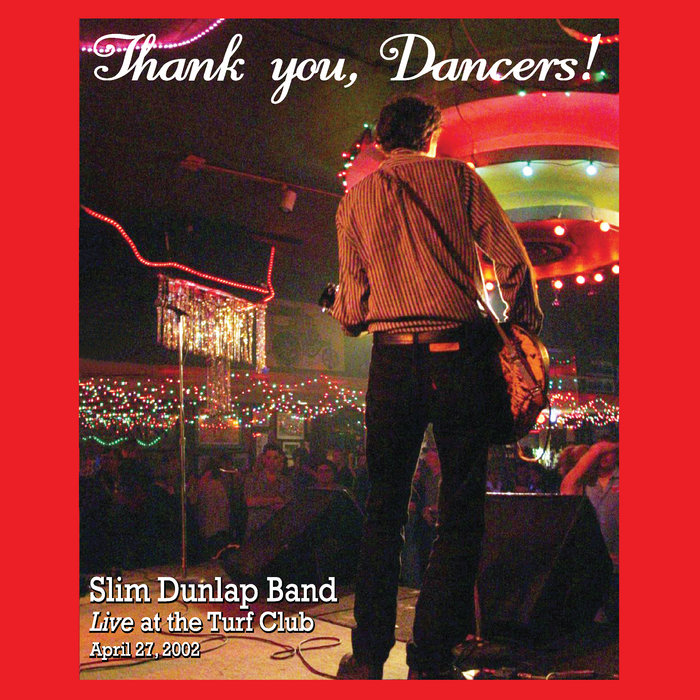 A week after his birthday, Slim Dunlap has given his fans a present.

The former Replacements’ guitarist has released Thank You, Dancers! a live album recorded in 2002 at the Turf Club in Saint Paul, Minnesota.

Comprised of 18 tracks, the album was chosen by the 69-year-old musician, who riffled through stores of tapes before deciding this was the set he wanted to release. It features Dunlap originals along with covers of songs by Steve Earle, Eddie Dean, Hank Williams and Carl Perkins.

Dunlap’s wife Chrissie helped Slim sift through his archives and said in a statement on Facebook’s Slim Dunlap Fan Club Page: “I wish I could describe how therapeutic the process was for Slim…He would laugh and cry, and try to sing along, reliving some of the best times of his life. He gave it the name, ‘Thank you, Dancers!,’ and had the final say on what show. He got to make one more record. He thrived on this. Up until yesterday, he said no one will buy it, and today he just beamed when told that he broke even already.”

The Plainview-born Dunlap was felled by a massive stroke in 2012 and has been convalescing at home ever since.

Chrissie went on to say: “I asked Slim if he had a message for you guys about the CD, and first he said what he always says: ‘Play it loud.’ And then, ‘Just tell ’em: Enjoy the show.’”

The album is available at Minnesota record stores and also available for download via Bandcamp.com.