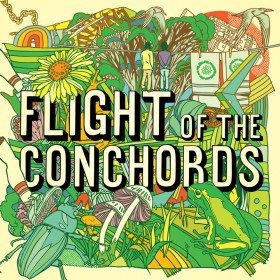 News leaked earlier today that cult heroes Flight Of The Conchords would be returning to HBO for that elusive third season they walked away from back in 2009.

Although it is true that the Conchords (Jemaine Clement and Brett McKenzie) have indeed signed a four-episode deal with HBO, the deal is not for new Conchords episodes, but for a new show the two men have cooked up.

What they’ve cooked up exactly is a big mystery…

Not so mysterious is Clement’s new comedy film What We Do In The Shadows, which follows the lives of vampire roommates confronting the dullness of modern life.

Clement has admitted in interviews that the idea of a feature-length film of Flight Of The Conchords is still a possibility, however, that seems to be a long way off.

Before this rumour gets out of hand – we are not working on a 4 ep Conchords show for hbo… https://t.co/q1607H5vg8