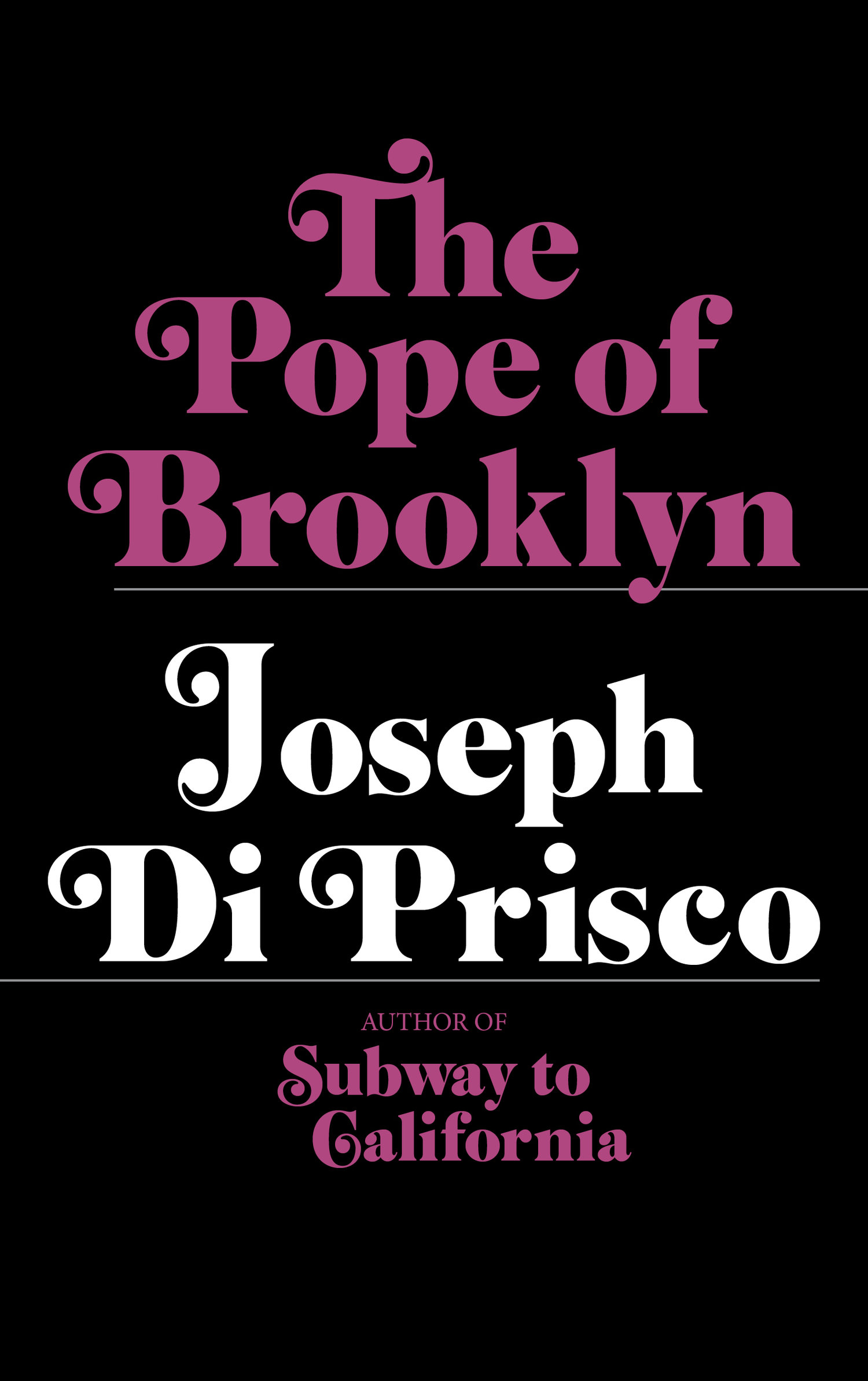 “…our fathers teach us at odd moments, when they aren’t trying to teach us,” Umberto Eco once wrote. “We are formed by little scraps of wisdom.”

Joseph Di Prisco’s new memoir The Pope Of Brooklyn is no better example of Eco’s sentiment and then some. As he pieces together his father’s secret history, Di Prisco comes to terms with his own.

But let me back up.

Di Prisco’s last effort, the rollicking and deeply moving novel The Alzhammer, was a winning piece of fiction about Alzheimer’s and the mob and though The Pope Of Brooklyn is a memoir, it contains similar elements–Di Prisco’s father had ties to the mob and later succumbed to Alzheimer’s.

But The Pope Of Brooklyn, which is a companion piece to Di Prisco’s first memoir Subway To California, isn’t really about the mob, or Alzheimer’s or even Brooklyn. It’s about fathers and sons, the past and the present and making sense of them both while staring down an uncertain future.

In the book, Di Prisco stumbles across transcripts dating back fifty years from the New York State Division trials which detailed his father testifying against corrupt NYPD cops. As a result, questions he had about his father’s past, questions that kicked against the normal life his family was now living in California (which found his father driving a dairy truck), start to get answered.

And as Di Prisco comes to terms with what he learns, he also trains a critical eye on himself, and in an unflinching, honest and open-hearted manner, the author opens up about his own life–his troubles, his triumphs and more of his troubles until in the end, he realizes that fathers and sons are all “separated by their truthfulness.”

Di Prisco may have ended up in California when he was a young man, but his home state of New York is coursing through his blood. It’s in his DNA. It’s in his soul.

We asked him for his favorite songs about New York and his childhood and he kindly obliged.

Enjoy the list and buy the book. You’ll love it.

“Memories Are Made Of This”–Dean Martin

“I’ve Got The World On A String”–Frank Sinatra

“All In The Game”–Tommy Edwards

“I Fall To Pieces”–Patsy Cline

“What A Difference A Day Makes”–Dinah Washington

“A Teenager In Love”–Dion & The Belmonts