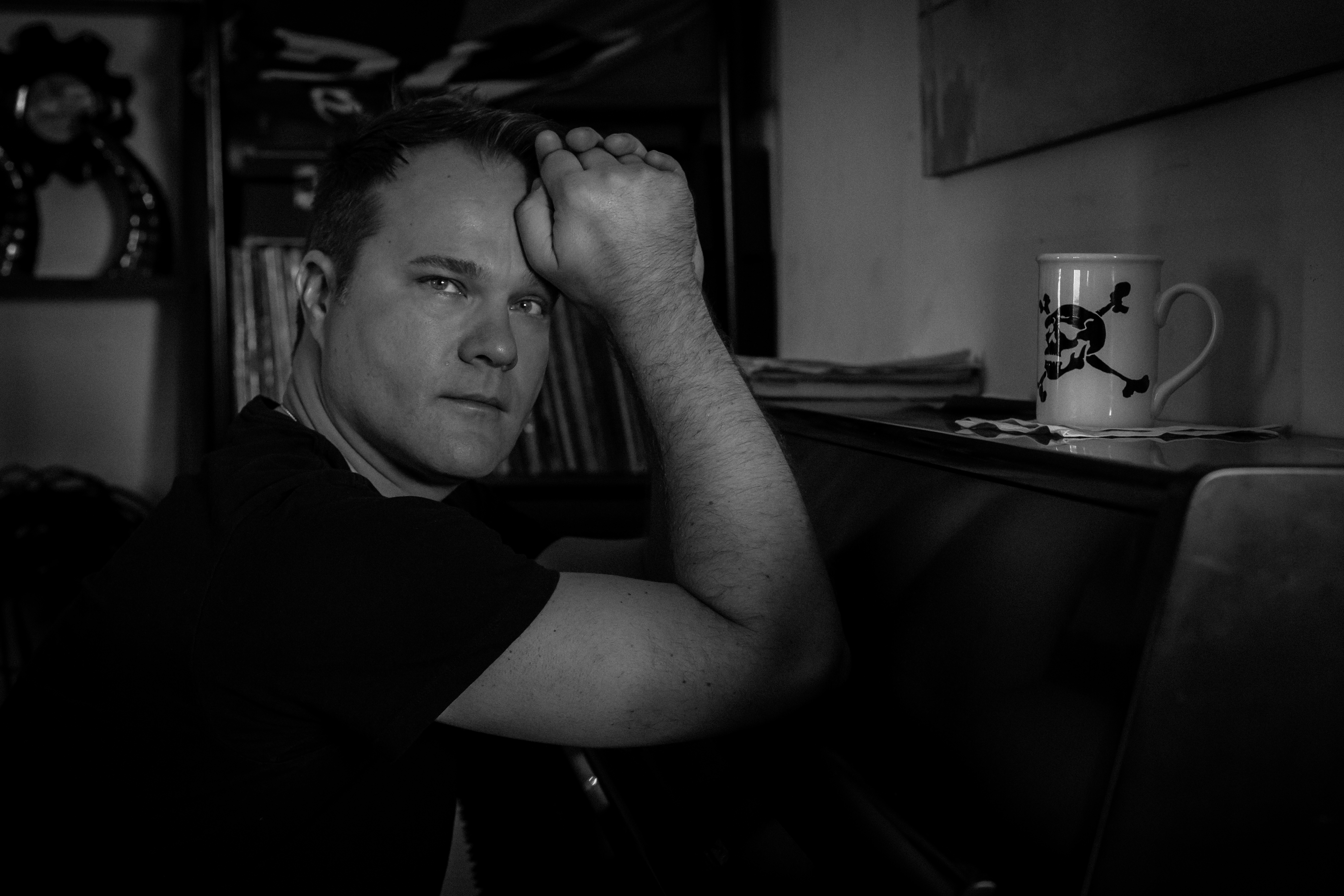 Stereo Embers is excited to premiere the new clip for Divvy’s “Libra Lover.”

Taken from the singer/songwriter’s sophomore album, which is appropriately titled Sophomore Release “Libra Lover” is a delicious slice of rueful snarl and irresistible melodic crunch.

Influenced in part by South East Asian puppetry, Grindhouse Cinema, Bob Fosse, Mid-Town Manhattan in the 70’s and 80’s, Roald Dahl, the films of Almodovar, and spider collectors, the video is a dark and comedic seven-minute blast of urban noir and back alley fantasy that plays like a gritty short film. It also has a storyline that features Samoan impresarios, Bulgarian bodyguards, debonair dirtbags, steak tartare, a sultry trio of ladies and a very specific red wine.

Oh, and there’s also a dog.

Directed by Divvy frontman David Agranov, the clip has quite a backstory that’s linked to mortality, chicken soup and Warren Zevon.

We’ll let him explain: “Several years back,” he says, “I almost kicked the bucket. I had a ball of liquid in my left lung as big as a grapefruit, that somehow stupidly went undetected at the first visit to the doctor. After I was sent home, I passed out from exhaustion, and woke up some 36 hours later, soaking wet and wheezing through wet, crystalline breathing, unsure of where I was. Went back to the doc’s, and this time they confirmed I had a pneumonia to be reckoned with. It was during the delirium of that fever dream that some of the concept for the “Libra Lover” video came to me. (Side note: It was also after this that I was inspired to record a cover version of Warren Zevon’s ‘My Shit’s Fucked Up’ which you can find on your local Spotify and other music stores.)

Once I felt a bit better, a couple of weeks later, after heavy medicines, dedicated rest, and Jewish Penicillin (homemade chicken soup) I thought to myself, what better thing to do than go and build some sets, and shoot a couple of music videos. (Yes, we made two videos over the course of a weekend. ‘Libra Lover’, as well a video for an as of yet, unreleased song of mine called ‘Don’t Be Blue (Be Red)’ ). After the raw footage was kidnapped by a delinquent associate, (less on that later), and a few un-fruitful attempts with editors who perhaps weren’t right for the material, and my leaving the States to go live and work in Europe for a few years on TRUST with Danny Boyle, KILLING EVE, from BBC America, opposite Jodie Comer, and a few feature films), the project finally came off a long stall and found the ideal team to guide it home…”

A known actor who has appeared in the aforementioned Killing Eve, as well as X-Men: First Class, Salt and The Last Alleycat, the Russian-born, D.C. raised Agranov is a natural performer and he commands his band with a perfect blend of scruff and polish.

Agranov goes on to say about the video: “I owe a great debt to Kevin X. Barth who came on board and basically rescued me from a bad situation. Not only is he an Emmy Award-winning editor, he’s a bad ass guitarist and musician with whom it was a joy to share a true cinephile’s vocabulary and enthusiasm. He’s done videos for Panda Bear, SanguinDrake, Broken Bells, The Ting Tings, and N.E.R.D. so he knows a thing or two about the conflation of sound and vision. We would meet intermittently, schedules allowing, as we both left town to work on other projects, including a feature film called ‘A Pity’ that Kevin co-wrote and directed with his brother that I had the joy of being in (which we shot in a monastery outside of Little Rock, Ark.), but after about 101 Werner Herzog imitations between us, some really good Reposado, to wash down the Hamachi loins, of course, and endless belly laughs, we were able to complete our work.

This is the result, and it feels so good to finally complete it.”