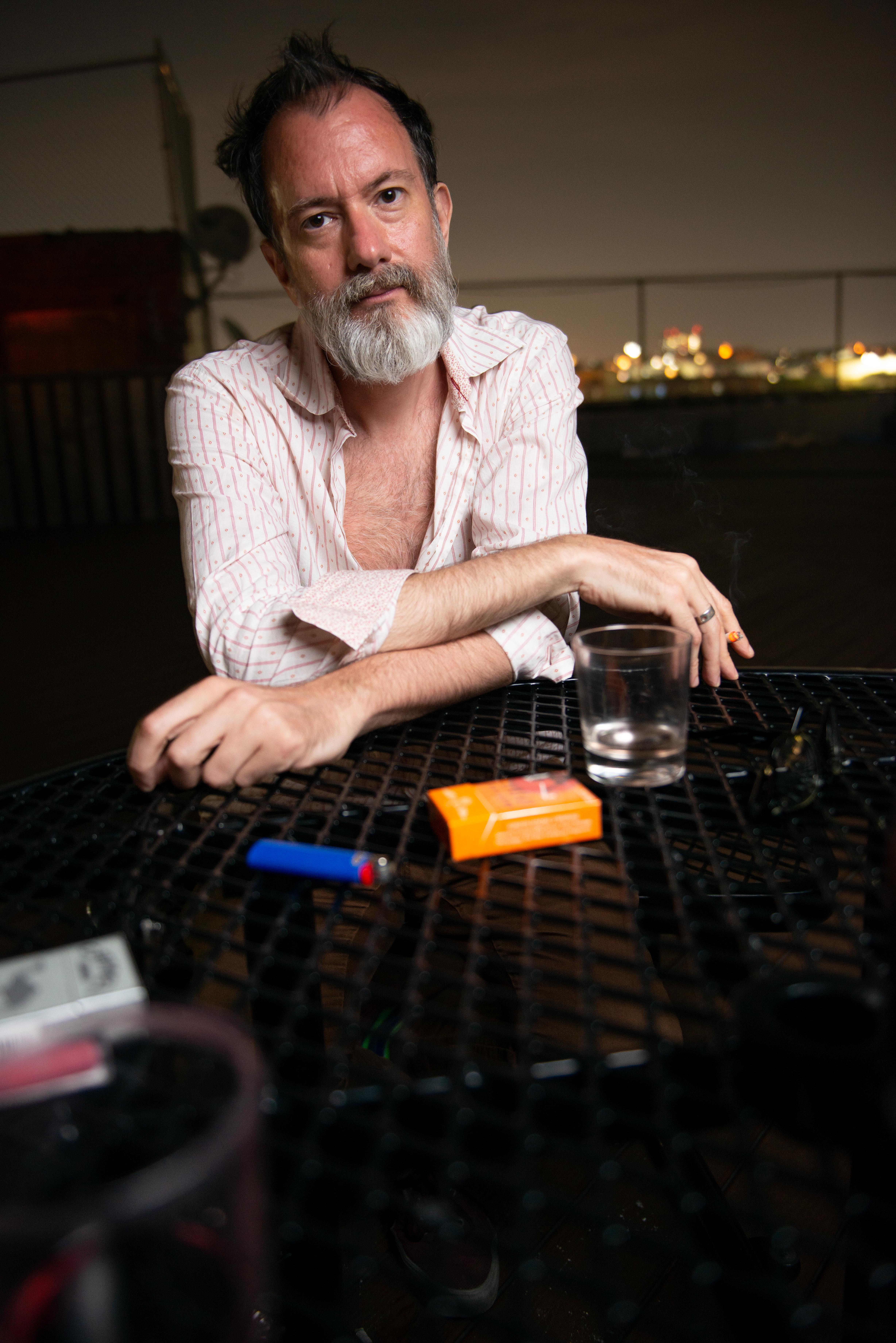 Stereo Embers is thrilled to premiere the new track and video from one of our favorite bands, Tuff Sunshine.

Titled “We Seal Every Deal With A Kiss,” the song features frontman Johnny Leitera at his very best. A dreamy and scruffy blend of Wayne Coyne and Wallace Stevens, Leitera bends phrases with the ease of a linguist and as a result, his lyrics crackle with inventively rhythmic poetic command.

“You could not conceive of the the size of the fist I’m keeping down my throat,” he insists at the beginning of the song. But whatever Leitera’s been suppressing, it’s all coming out now and when he says, “Let’s get this show on the road/It’s taken over me,” he’s already halfway down the road, spitting out clause after clause of utter magic.

The video’s woozy typeface shimmers and blurs behind Leitera as he dresses for the occasion and as the lyrics jitter and tremble next to each other, it perfectly captures how thoughts weave in and out of our brains as both bruises and strengths.

“The video was done by Dave Rubin from DSR Photo,” Leitera tells SEM, “and it’s the first of a series of three that are related both visually and lyrically, with lyrics from all three songs interwoven throughout all three videos (I liked the idea of taking the lyric video to another level that included “foreshadowing” of what’s to come/what you have already seen).”

He goes on to add: “This song is generally a reflection of “spinning”, or repetitive thoughts, and like most of my work, kind of an effort to get what’s going on in my head out in audio form so as to be able to analyze and relate to it. It doesn’t necessarily make traditional “sense” but if I’m lucky it can conjure up a feeling that does–in this song, besides the first two lines, the lyrics do not change, but build and become a round that escalates much like an anxiety attack, and the lyrics are snippets of thought that seek to calm through the repetition.”

Filled with precision, a spry arrangement and an imploringly catchy chorus, “We Seal Every Deal With A Kiss” underscores the fact that Tuff Sunshine are not only one of the best bands around, they’re about to own 2019.