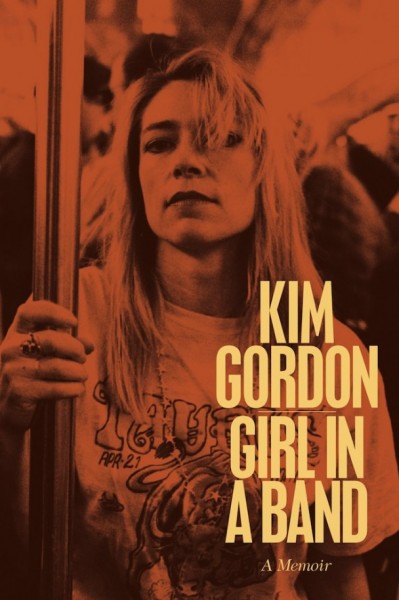 Kim Gordon’s new memoir – Girl in a Band (DEY ST.) – solidifies her position as a great American artist, teacher, and a cultural stateswoman.

As Girl in a Band shows, Gordon is the best kind of artist. She empowers her audience to think for themselves, find value in their individuality, and, perhaps most importantly, deeply reflect on their personal experiences.

Here’s one of mine.

When I was a teenager growing up in the suburbs of Milwaukee in the late 1980s and early 1990s, I heard a voice unlike any other voice that I’d ever heard before. Dangerous, sensuous, off-kilter, and beautiful, the voice blended with and shaped the most revolutionary music that I’d ever listened to.

The voice, of course, belonged to Gordon, and the band was Sonic Youth. Fearless and free, Gordon’s voice crystalized the boundless and relentless creativity of Sonic Youth and the four great records that flooded my teenage years and ignited a relationship with the band that continues to this day: Sister (1987), Daydream Nation (1988), Goo (1990), and Dirty (1992).

But Gordon and Sonic Youth’s true importance transcends their music. They’re great guides that invite you to discover a community of artists, including many of the artists whom Gordon mentions in Girl in a Band: Miles Davis, Joni Mitchell, Swans, Gerhard Richter, William S. Burroughs, John Coltrane, Black Flag, Bikini Kill, William Gibson, Nirvana, Raymond Pettibon, Philip K. Dick…the list is endless (some of these artists appear in the video for “Teen Age Riot”).

That is, Girl in a Band reiterates what I take to be one of Gordon’s central teachings – namely, that true freedom of expression exists and is made possible by commitment to community.

It’s this commitment to community that allows Gordon to write Girl in a Band with so much compassion. She’s gone through some very tough times, but she doesn’t blame other people for her struggles. She empathizes with her schizophrenic brother Keller, even after he sexually assaulted her, showing her strength and love by visiting him as many times as he can handle. She writes about the maternal feelings that she felt for someone else who suffered: Kurt Cobain. And she even shows compassion for her ex-husband – Sonic Youth guitarist-singer Thurston Moore – even after he was unfaithful to her and, effectively, put an end to Sonic Youth.

Don’t get me wrong. Gordon’s compassion is no sign of weakness; rather, it’s a sign of strength – the strength of an individual with the courage and wherewithal to live in the face of adversity. Her steadfastness in raising her daughter Coco; her latest musical venture, Body/Head; and her visual art are testimonies to the confidence that she continues to demonstrate, just like the confidence that she exemplified when she held center stage for Sonic Youth.

Gordon’s compassion even imbues the sections of Girl in a Band on Sonic Youth’s music, especially when she discusses songs like “Pacific Coast Highway” (Sister, 1987) and “Swimsuit Issue” (Dirty, 1992). She writes about the former as “a direct pull from [her] fears of [her] teenage years when [she] focused on the lore surrounding Charles Manson.” By writing the song in the narrative voice of a male sociopath, Gordon uses irony to reveal the cheesiness of pickup lines used by hypersexual and hyper-heterosexual males. The compassion results from her understanding of the way in which women can experience sexual violence and rape.

(An aside: if Kim ever reads this, I want to thank her for helping me understand the horrific trials of my wife, who was raped multiple times.)

Gordon includes all the lyrics for “Swimsuit Issue” – that’s how much the song means to her. As Gordon puts it, the song rages against “an executive . . . who had sexually harassed his secretary.” The song, therefore, functions as the flip side of “Pacific Coast Highway” by unabashedly highlighting the righteous fury of the harassed secretary. In empathizing with the secretary, Gordon gives a voice to and empowers women everywhere who work and live in our patriarchal society.

When you finish reading Girl in a Band, you realize that Gordon isn’t just a great artist and teacher (if you’ve followed her career at all, you probably know this already), but she’s also evolved into a stateswoman.

By “stateswoman,” I, of course, don’t mean that Gordon holds public political office (but maybe she should…); rather, I mean that her art, music, and writing – in all their honesty and courage – have consistently stood up for the rights of personal expression, women, and people who suffer.

Kim Gordon has taught me more about how to try to be a decent person than any other artist that comes to mind. She’s taught me compassion – and that’s how Girl in a Band should be read: as an offering of compassion and a reminder of everything that Gordon has given us over her long career.