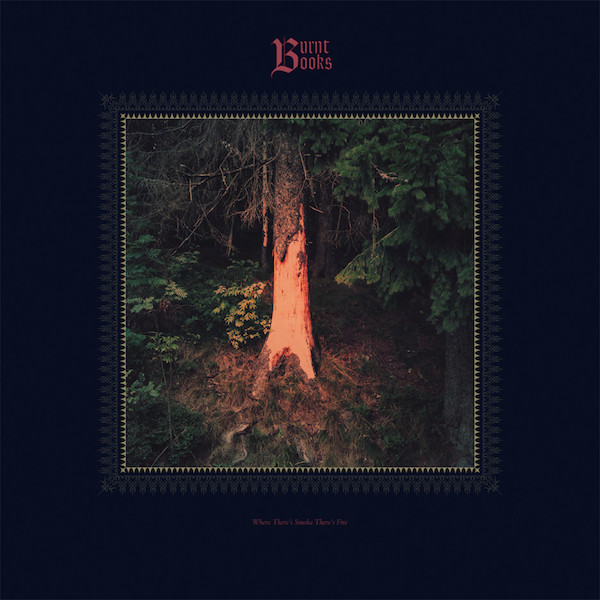 The comedian Martin Mull (and not Elvis Costello) once said, “Writing about music is like dancing about architecture – it’s really a stupid thing to want to do.”

According to Mull, I’ve spent many hours of my life wanting to be stupid – and, in many ways, he’s right. I’ve never been able to capture the sheer beauty of a Brian Wilson song in prose – not to mention the sense of spiritual elevation of John Coltrane’s music and the raw and vulgar power of The Stooges and Pantera.

But, this morning, I’m at it again – being stupid. That is, Burnt Books and their new record, Where There’s Smoke There’s Fire, have put me in the position of having to use words to convince you to listen to a record that words can’t do justice.

Where There’s Smoke There’s Fire needs to be heard for you to understand what I’m talking about. Better, it needs to be experienced. It’s music that insists upon total immersion in its sonic universe. 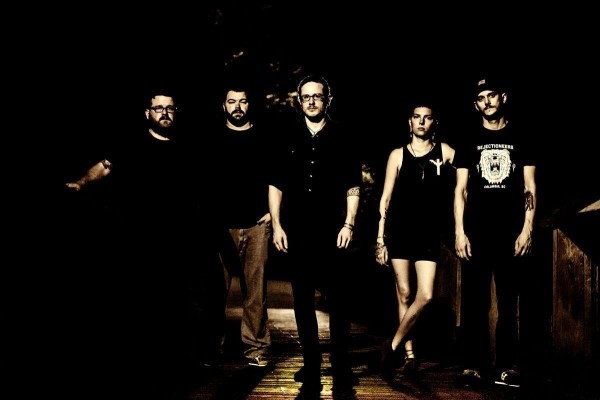 Burnt Books – vocalist Zoë Lollis, bassist and backing vocalist Joey Parker, guitarist Matt Thompson, guitarist Chuck Sligh, and drummer Troy Thames – have created a record that’s so immediate in its presentation and so original in its aesthetic that it demands to be heard – preferably right now.

When you spin the record for the first time, you’ll immediately know what I mean, with Lollis coming to the fore as a vocalist extraordinaire. Writing about Sleater-Kinney’s Corin Tucker, Greil Marcus proclaimed that her voice “starts in an ache, in the desire of the will, which wants to bend the whole world, to escape its jailer, one person’s mere flesh” and results in her “saying everything she means, that’s she’s free.”

The same can be said about Lollis, who, throughout Where There’s Smoke There’s Fire, performs a self-exorcism, freeing herself of her inner demons. Take, for example, “The Harm We’ve Done,” in which her screamed and melodic parts perfectly reflect the gut-wrenching lyrics.

Heck, listen to “Stupid Game,” in which she – this time joined by Parker in sections of call-and-response vocals – does the exact same thing, joining the two songs. In fact, Where There’s Smoke There’s Fire as a whole emerges as a cohesive, thematic, and album-length investigation of the psychic damage wrought by a romantic relationship gone horribly wrong.

Of course, Burnt Books’ incredible skills as avant-punk musicians make possible the lyrics and vocals, mirroring them to perfection. The band are masters of dynamics and arrangement, and their structures give Lollis, and occasionally Parker, the room to create lyrics and vocals that reflect angry and meditative states of being.

When you listen to “Shadow I Cast,” you get a sense of how Burnt Books’ mastery of dynamics and structure contributes to the thematic consistency of Where There’s Smoke There’s Fire.

I don’t want to spoil your listening experience by giving you my interpretation of the conclusions that Burnt Books reach in the record’s final two cuts, “La Rosa, Pt. 1” and “La Rosa, Pt. 2.” That is, I don’t want to dance about architecture any more than I already have in this review.

Instead, I’ll let Arthur Schopenhauer dance about architecture and leave you with something that he once wrote about music: “It’s effect on man’s nature is so powerful, and it is so completely understood by him in his innermost being as an entirely universal language, whose directness surpasses even that of the world of perception itself…”

With Where There’s Smoke There’s Fire, Burnt Books have created this kind of language (or should I say “non-language”?). The record is so direct, raw, powerful, and emotional that, as I said above, you need to experience it right now.