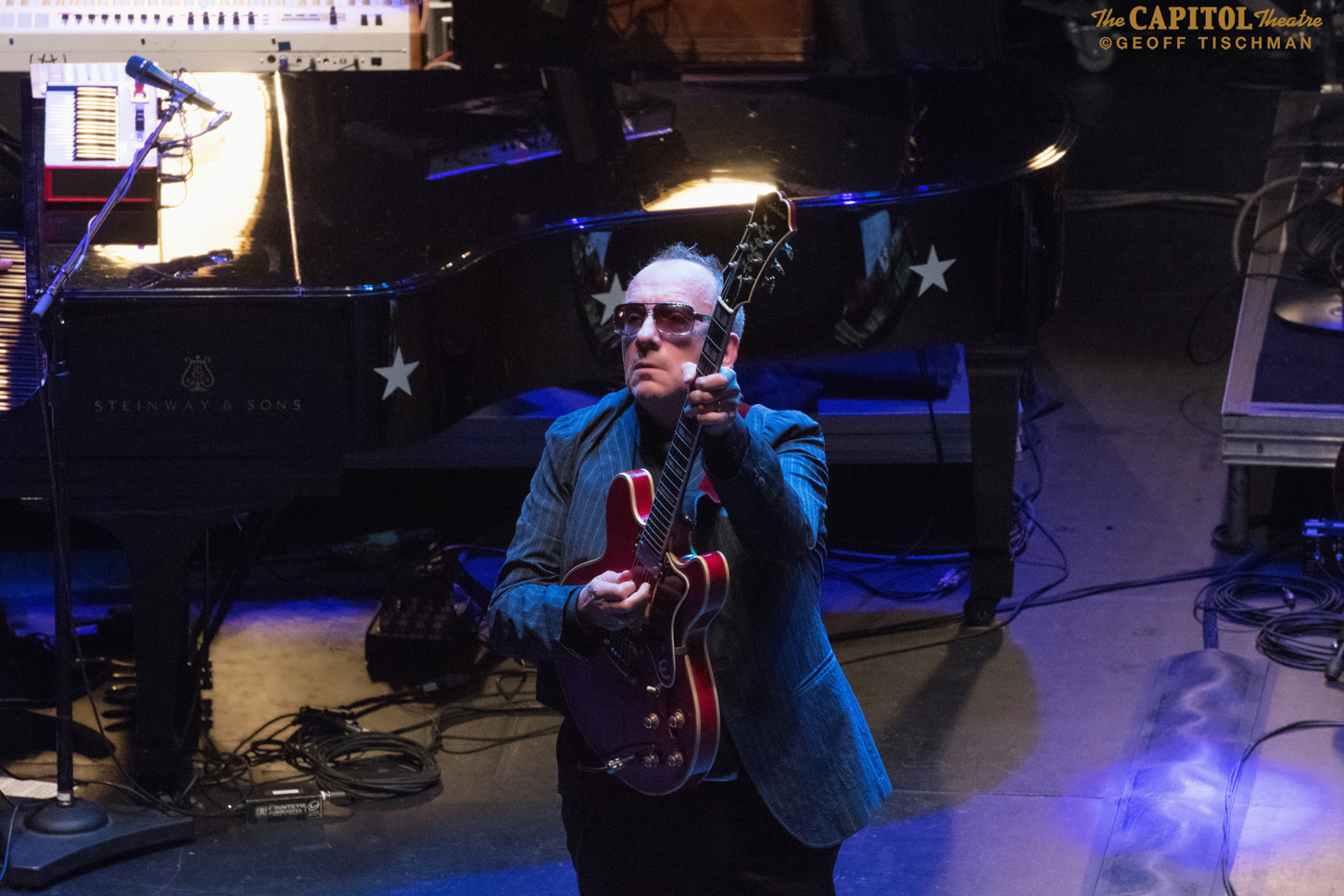 Elvis Costello is set to release a new album this fall.

The 31st effort overall for the Grammy Award Winning singer/songwriter, Costello’s latest is called Hey Clockface and it will be out October 30 through Concord Records.

Comprised of 14 tracks that were recorded in New York, Paris and Helsinki, the album was co-produced by Costello along with the legendary five-time Grammy and 12-time Latin Grammy winning producer Sebastian Krys (Gloria Estefan, Shakira),

Of the album, Costello had this to say in a press release: “I sang live on the studio floor, directing from the vocal booth. We cut nine songs in two days. We spoke very little. Almost everything the musicians played was a spontaneous response to the song I was singing. I’d had a dream of recording in Paris like this, one day.”

The album has been heralded by the release of three singles: “No Flag,” “Hetty O’Hara Confidential” and “We Are All Cowards Now.”

Revolution #49
No Flag
They’re Not Laughing at Me Now
Newspaper Pane
I Do (Zula’s Song)
We Are All Cowards Now
Hey Clockface/How Can You Face Me?
The Whirlwind
Hetty O’Hara Confidential
The Last Confession of Vivian Whip
What Is It That I Need That I Don’t Already Have?
Radio Is Everything
I Can’t Say Her Name
Byline