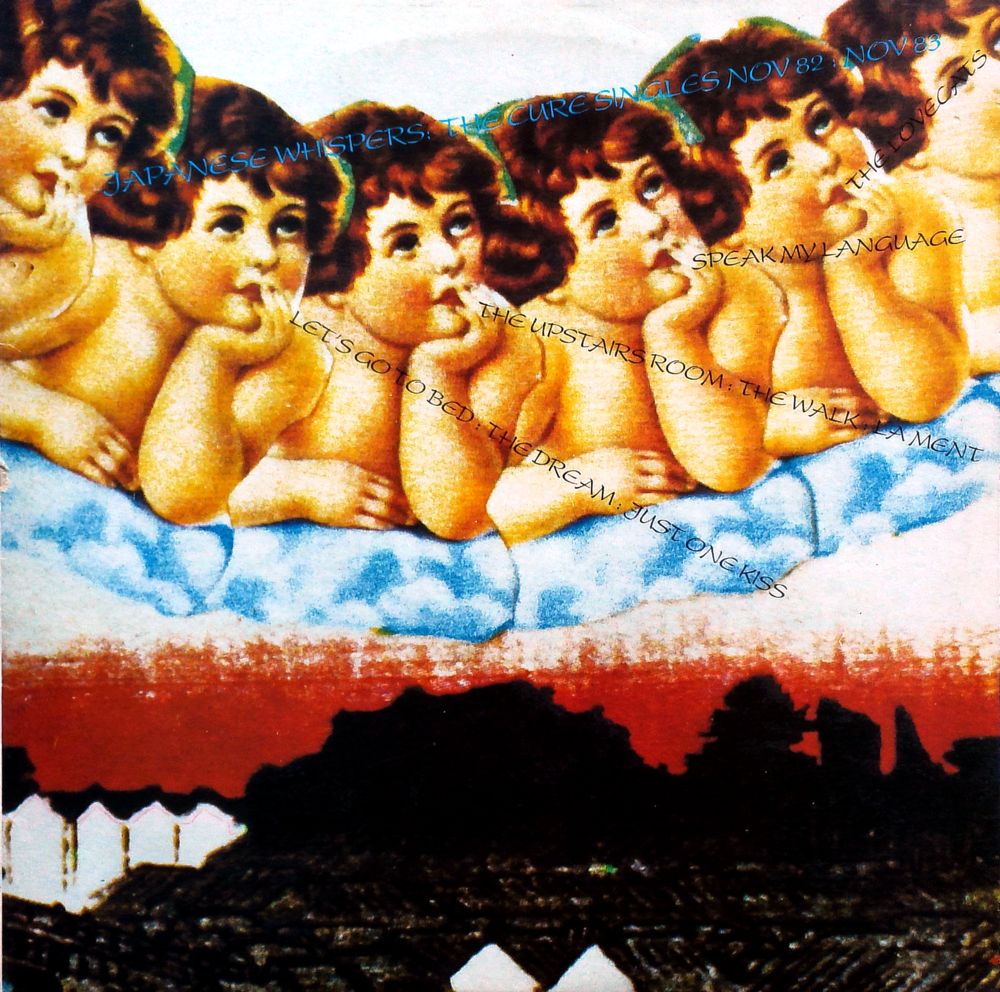 The Essex-born Anderson revealed on Facebook just last week that he had been diagnosed with terminal cancer.

The talented percussionist played with The Cure from 1983-1984 and appeared in the concert footage that was shot at the Oxford Road Show in Manchester. It was a lot of pressure for the then 32-year-old drummer–he had replaced original Cure drummer Lol Tolhurst, who was always a fan favorite. But Anderson fit right in and gave the songs the exact rhythmic tension they needed. An artful and inventive player, Anderson could play conga fills and straightforward post-punk grooves–and famously, on The Top album he played the spoons.

He went on to play on the Cure records like the aforementioned The Top and Japanese Whispers, as well as the live album Concert.

Anderson had known Cure singer Robert Smith when he played on his side project The Glove. Anderson was the drummer on their lone effort, Blue Sunshine.

Smith acknowledges this period in the band’s history to be one that was decidedly psychedelic and he attributed that partly to Anderson’s famous pots of magic mushroom tea that he would make in the morning.

Anderson toured with The Cure through 1984 and his performance for the Live In Japan concert film would be his last with the band.

On February 17th, Anderson took to his Facebook page to deliver his diagnosis:

“Hi guy’s, I am and I have Terminal 4 Cancer, and their is no way of returning back from that, it’s totally covering the inside of my body, and I’m totally fine and aware of my situation I’ve gone for a no resuscitation, with that, I have a next of kin, in place and there is no way I would want them to be looking me as a vegetable, if I were to survived a resuscitation, because it may well involve the possibility of sustaining cracked ribs and Brain Damage, and I would hate to lay that on anyone. Chemotherapy and Radiotherapy will be discussed over the next few days, hopefully I’ll be able to get back to get to you in the next few days about the outcome, and please, No Boo, Hooing, here, just be positive, for me it’s just another life Experience and Hurdle, that one has to make yet another Choice in life, be cool, I most definitely am and positive about the situation , well that’s it for now, good folk, and thank you all for the well wishes I love them all, and are held very, very close to my heart dearly, and will stay with me for ever, any way, stay well yourselves and chat soon. Ax.”

Tolhurst weighed in on Anderson’s condition via Twitter, writing: “Andy’s Dad was a boxer, now Andy is in the fight of his life. I’ve talked to him, he’s as upbeat and calm as anyone I’ve ever talked to facing what he’s facing. Send light, send love, send whatever you believe will help my friend in the battle royal he now faces. Love you Mr A.”