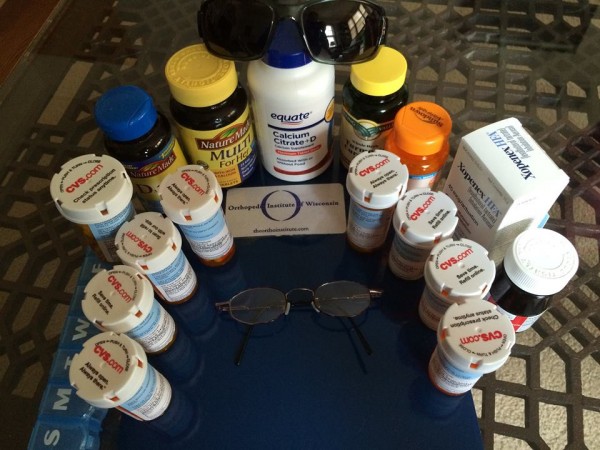 This family photo was a hard picture to set up and take:

Ritalin couldn’t hold still. Nuvigil had passed away from swelling, rash, fever, and mouth sores – she was of weak constitution to begin with – but the loss was definitely felt by everyone. Estradiol kept putting bunny ears on Depo-Provera, who ended up too camera-shy to be in the picture. Midodrine was fighting with Diltiazem who decided to show up randomly after Metoprolol exited the scene, thinking he was more of a nuisance than a help (this fact confirmed by Xopenex and Singulair as soon as he was out of earshot). Singulair got snotty with Claritin, too, who burst into tears and fled after Singulair, a multitasking overachiever, insulted her for doing only ONE thing semi-well. Percocet refused to smile; he felt used and resentful that he was totally ignored – even though he called all the time – unless something like a hip surgery was happening. Nobody bothered to invite Cymbalta. Tumeric was the only one protesting this decision, but the rest of the Supplement clan acted completely natural the whole time. Meanwhile, the photographer, already berated for her tardiness, fell asleep, overwhelmed and exhausted with no patience left for people who didn’t appreciate her efforts.

In her dream, the photographer filmed Quadrophenia and the Family Reunion of Jimmy and all of his constituent personalities. This film was hard to set up and take: 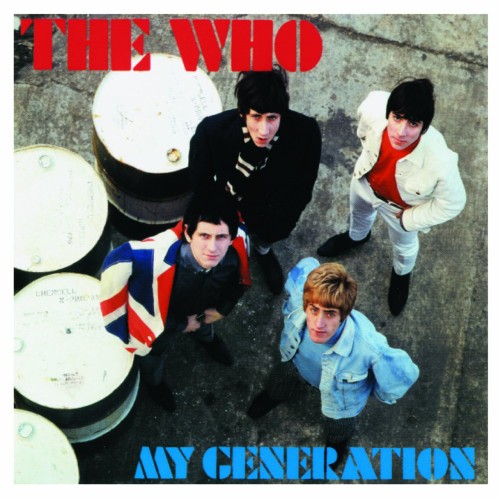 Bell Boy couldn’t hold still, despite all the Extra Pills (and Alcohol and Cocaine and Etcetera, Etcetera, Etcetera) he took. Doctor Jimmy (he even asked, “Is It Me?”), eventually couldn’t stay upright because of his weak constitution, and his heart probably could have used Diltiazem’s support and could have stood to ditch the Amphetamines. The Hypocrite was a little snotty at times, especially toward The Helpless Dancer, whom he once claimed could do only ONE thing semi-well: sing. On the contrary, The Hypocrite hailed three of the others (including himself) as obvious geniuses as soon they arrived for the shoot.

The photographer, already sleeping, rested assured that people would appreciate her efforts. Drugs or dreams, Rx’d or Rx-induced, drug interactions or family interactions, the family or the band… “Love Reign O’er Me.”