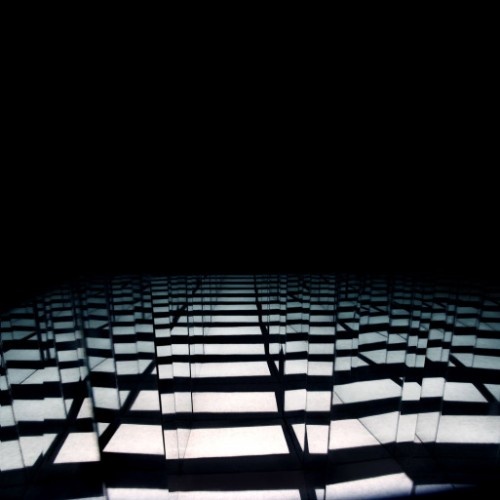 Once in a while, a record comes along that’s so intricate in its production, so moving in its performance, and so immediate in its emotion that you know – upon your first listen – that you’ll return to it again and again.

The best albums, therefore, are offerings that are instantaneous and forever. Pet Sounds was. My Bloody Valentine’s Loveless was. The Dark Side of the Moon was.

And now The Black Ryder’s The Door Behind the Door is. Just listen to “Let Me Be Your Light.”

“Let Me Be Your Light” is the perfect portal into The Door Behind the Door. Aimée Nash’s gorgeous voice is on full display, intoning a melody that fits somewhere between My Bloody Valentine and Cocteau Twins. She and band mate Scott Von Ryper draw you into the track with mysterious percussion spatters, waves of distortion, and Middle Eastern vibes, which evolve into the propulsive bassline that carries the track. And the outro, with its swelling church bells and swirling feedback, adds a second-wind of interest to the song.

The track – and the entire album are so strong – that you immediately feel how much you’ve been missing The Black Ryder, who haven’t released a full-length since 2009’s Buy the Ticket, Take the Ride.

But when you spin The Door Behind the Door, chances are you’ll experience a similar feeling to the one you had when Kevin Shields finally got around to issuing m b v, My Bloody Valentine’s 2013 follow-up to 1991’s classic, Loveless.

In its almost-industrial beats and grating guitars, opener “Babylon” clocks in at a scant 2:13 but shows that Nash and Von Ryper are as creatively restless as ever. It’s the perfect setup for the majestic, soaring guitars and melancholic melody of “Seventh Moon” – a dreamy track that makes despondency beautiful. And the strings and backing vocals work together to create a choir of distorted angels – a choir unlike anything you’ve heard before.

Songs like the acoustic “The Going Up Was Worth the Coming Down” and “Santaria” show that The Black Ryder aren’t afraid to leave their noisy, shoegaze homeland – and this lack of fear characterizes The Door Behind the Door as a whole. Von Ryper takes the lead vocal on both tracks, showing his penchant for catchy melody.

On “The Going Up,” his lead vocals and Nash’s harmony lines blend with the strings (which sound all the world like a mellotron) to craft a tune that sounds like the love child of Mazzy Star and Peter Gabriel-era Genesis. It’s that original.

Heavy guitars come back into play on “Santaria,” but only after Von Ryper has had a chance to strut his melodic stuff over quietly picked arpeggios and perfectly arranged drum hits that evoke the loneliness of infinite space.

Acoustic guitars merge with distorted electrics, strings, and keyboards on “All That We Are” to create the bed track for one of The Black Ryder’s most moving melodies. Catchy, wondrous, and beautiful, “All That We Are” won’t be leaving your head anytime soon. It one of those songs – like R.E.M.’s “Nightswimming,” MBV’s “Sometimes,” Pink Floyd’s “Time,” and The Beach Boys’ “God Only Knows” – that promises to accompany you wherever you go and wherever you are. It’s perhaps the strongest track in the set. 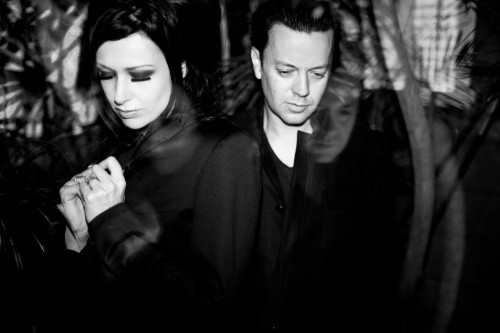 “Throwing Stones” recalls The Rolling Stones’ “Moonlight Mile.” But Nash comes up with a vocal line that would never have occurred to Jagger. Her voice is at its most naked here; it’s not as produced as it is on the rest of the record. The song, therefore, attains a sense of intimacy, and the choir-like backing vocals and gospel soloist make the lyric, “Let your love shine on / If you want to be free,” into a universal message. 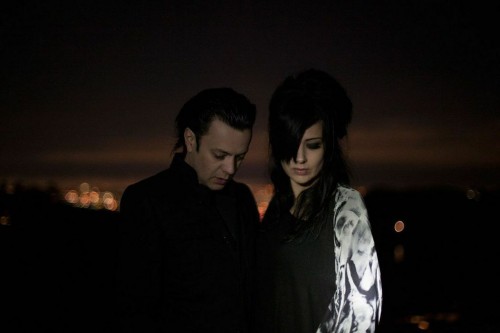 The string-laden “Until the Calm of Dawn” shows another aspect of The Black Ryder. It’s a disturbing lullaby for the bereft, with wavy, chorus-like backing vocals. Von Ryper and Nash take turns on lead vocals. They sing “Hold on to somewhere else / Everything’s fine / Just medicate and close your eyes.” When Nash sings, “Everyone’s known to heal” at the song’s conclusion, she leaves you pondering the validity of her statement.

“Until” blends in well with the strings of which the epic closer, “(Le Dernier Sommeil) The Final Sleep,” is constituted. It’s a true lullaby, which – in the traditional sense of the world – lulls you into a meditative state in which you reflect on the album you just heard and, hopefully, how it relates to your life.

But this meditation won’t be temporary. Essential, enlightening, and beautiful, The Door Behind the Door – like Pet Sounds, Loveless, and The Dark Side of the Moon – is a record to which you return again and again.