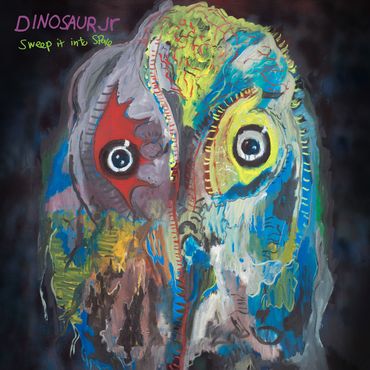 Dinosaur Jr.’s new album will be out this Spring.

Sweep It Into Space is the Amherst outfit’s twelfth album and it’s the follow-up to 2016’s Give A Glimpse Of What Yer Not. It features the classic core lineup of the band: guitarist J. Mascis, drummer Murph and bassist Lou Barlow.

The Kurt Vile-produced effort was slated to be released in 2020, but recording was delayed by the COVID-19 global crisis.

Set to hit virtual and actual shelves April 23rd, Sweep It Into Space is 12 songs deep, including two written by Barlow, who also handles lead vocals on those tracks as well.

Vile plays acoustic guitar on the album’s first single “I Ran Away.”

Sweep It Into Space will be released through Jagjaguwar.