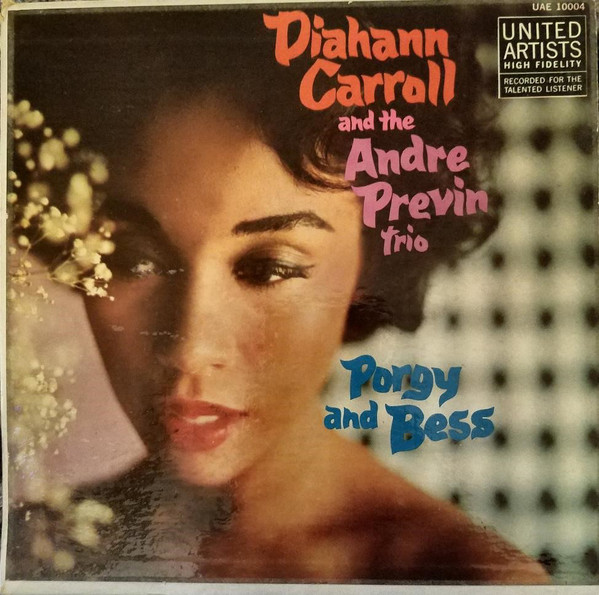 Julia Baker wasn’t a maid or a servant.

She was a nurse, working with Dr. Chegley at an aerospace company. She was also a single mother (her husband died in Vietnam) and she was an inspiration.

The reason why people still remember the sitcom Julia fifty years after its debut is that Julia was played by Diahann Carroll, an African American woman who wasn’t typecast in a subservient role. She and Dr. Chegley were working together. In the late sixties, seeing this representation in Hollywood was long overdue.

By the time Julia debuted, the New York-born Carroll was known for her stage and film work. She starred in the film versions of Carmen Jones and Porgy and Bess, then, on the strength of her performance in No Strings became the first Black actress to win a Best Actress Tony award. She also became a regular on variety shows, appearing on The Hollywood Palace, The Judy Garland Show, and The Ed Sullivan Show.

But it was Julia that truly put her on the map.

Julia was typical of sitcoms of its time: it set up a problem that was magically solved by the end of the show. Julia needs a housekeeper! Julia has to deal with a fellow wacky nurse! Julia goes to a Gary Crosby concert! You would not see Julia hanging out with the Chicago Seven smoking pot, or hanging out with Kathleen Cleaver.

And because of her wholesome and dependable image, Julia was on lunchboxes. And there was a Julia doll. She was literally everywhere.

However, the depiction of Julia drew criticism from members of the African American community, saying Julia was acting too white and that the character was watered down for Hollywood. Singer/songwriter Gil-Scott Heron mentioned Julia in his famous “The Revolution Will Not Be Televised” when he sings: “The revolution will be brought to you by the Schaefer Award Theatre and will not star Natalie Wood and Steve McQueen or Bullwinkle and Julia.”

Meanwhile, Ebony magazine brought up positive features of the show, saying, “As a slice of Black America, Julia does not explode on the TV screen with the impact of a ghetto riot. It is not that kind of show. Since the networks have had a rash of shows dealing with the nation’s racial problems, the light-hearted Julia provides welcome relief, if, indeed, relief is even acceptable in these troubled times.” That said, Carroll was also frustrated with the limits of playing Julia Baker. She told Smithsonian magazine she had to be hospitalized several times for stress. She wanted the show to talk more about race. She wanted Julia to have an afro. But the producers said no. She asked to be released from her contract and Julia was canceled in 1971.

The next significant role for Carroll was the title role for the film Claudine. Claudine was definitely not Julia. She was a woman barely getting by on welfare and working as a housekeeper for a white family. The role landed Carroll an Oscar nomination, and The movie was mentioned in an episode on Good Times when Thelma mentions that Diahann Carroll was playing a welfare mother. In a truly meta moment, Florida (Esther Rolle) rolls her eyes and says, “Julia on welfare? Now, this I gotta see.”

After doing several variety specials (including oddly, a singing appearance on The Star Wars Holiday Special), she broke ground yet again. In 1984 she called her manager and declared, “I want to be the first black bitch on television,” then implored him to call Aaron Spelling, the executive producer of Dynasty. If Joan Collins could do it, by God, she could do it as well. Spelling was up to the challenge: Enter Dominique Devereux, a singer who had a secret connection to Blake Carrington. Surprise! She’s his sister She made her presence known right away while walking into the La Mirage Hotel wearing a mink stole and a white pantsuit. When presented with a junior suite, she snarls, “I don’t sleep in my clothes nor do I sleep with them. I require one bedroom for my clothes and one for myself.” She then made enemies of Alexis Colby. While entering Alexis’ penthouse, Dominique says, “I do appreciate you inviting me for a drink.” Alexis then says, “You weren’t invited. I sent for you.”

Carroll was woefully underused on Dynasty, so she left in 1987. She guest-starred on several shows, most notably as Marion Gilbert, the snobby mother of Whitley in “A Different World.” She broke ground again when she assumed the role of Norma Desmond in the musical Sunset Boulevard, being the first woman of color to take the part. She also starred on “White Collar” from 2009-2014.

In 1997, Carroll found out she had breast cancer. She was stunned; there was no family history of the disease. She used that information as a platform, telling women to get mammograms, and early detection would save lives.

Along with actresses Donna Mills, Mary Frann, Linda Gray and Joan Van Ark, Carroll founded  Celebrity Action Council, which was a Los Angeles-based volunteer group working with women who were recovering from drug and alcohol abuse or prostitution.