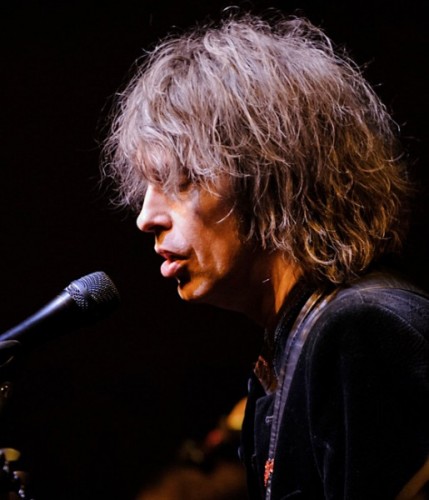 There’s a moment in every Waterboys’ set when Mike Scott invites you to rejoin him on the musical and spiritual journey on which he embarked in 1983, when he was an ambitious troubadour with poetry on his lips and a big music to support it, singing about “A Girl Called Johnny.”

Sometimes, Scott’s invitation comes through a new arrangement of an old classic. Sometimes, it comes through his addition of new lyrics to a song that you thought you knew by heart.

At Milwaukee’s Turner Hall Ballroom on May 5, 2015, it came two songs into the concert, when Scott – his voice as powerful as always – turned to face his bandmates, his smile all-inclusive, sweeping the audience and the players. It was a smile that expressed the union that Scott, his fans, and his band feel whenever a performance of Waterboys’ music transpires.

The song was “Still a Freak” – one of the best from the new Waterboys’ album, Modern Blues – which came hot on the heels of opener “Destinies Entwined,” another new cut. Mike’s “Freak” smile simply glowed, and it acknowledged the tightness of the band and the glory of the new songs. It drew the audience into keyboardist Brother Paul’s enthusiasm and skill as he took a solo, soaring over the groove of Scott’s rhythm guitar, Ralph Salmins’ drums, and David Hood’s bass. It helped the people in the hall recognize the bluesy power of Scott’s latest Waterboys’ lineup. 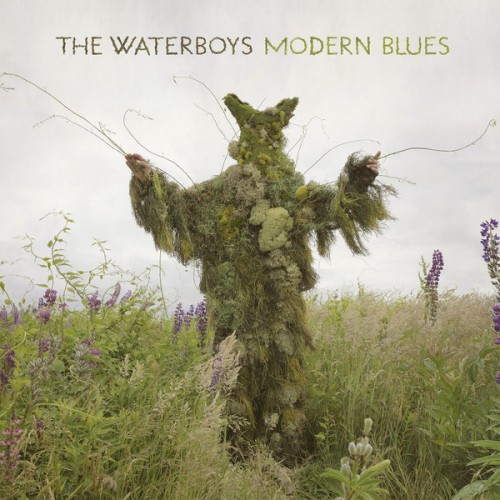 But this was after the attention-grabber of an opener, “Destinies Entwined.” Steve Wickham – whose fiddle playing has been Scott’s secret sauce since he first appeared on a Waterboys’ album, This Is the Sea, back in 1985 – appeared on the stage a couple minutes into the song, taking flight with the kind of swirling solo that only he can play. When he joined Scott on a few leg kicks near the song’s conclusion, he made it clear that his brotherhood with Mike is the foundation of The Waterboys. And, when Scott sat down at the piano to pound out “A Girl Called Johnny,” Wickham was with him every step of the way, providing melodic fiddle fills that took the song to a new place.

A new place – this is where Scott always wants to take you. That’s why he didn’t take the easy way out and lead his band through renditions of Waterboys’ classics. He focused on the Modern Blues material, proving that The Waterboys can rock just as hard as they can take you into the mystic.

In fact, the Modern Blues songs were tougher and more strident than they are on the album. And this is a good thing. When I heard Brother Paul, he reminded me of Garth Hudson, the organist for The Band and, occasionally, for Bob Dylan. It was then that I understood Scott’s latest record. Like Dylan, whose best studio songs are snapshot takes meant to take on new life and new meaning every time he plays them live, Scott has made an album in Modern Blues that’s fully realized in a live setting.

Modern Blues songs like “November Tale,” “Rosalind (You Married the Wrong Guy),” and “I Can See Elvis” blazed out of the speakers with passionate intensity, while set closer, “Long Strange Golden Road,” was rapturous. Jack Kerouac in a pagan place, “Golden Road” showcased some of the finest poetry on Modern Blues and gave room for Brother Paul, lead guitarist Zach Ernst, and Scott himself to present some of their most fiery instrumental work.

Two of the quieter songs on Modern Blues – “Nearest Thing to Hip” and “The Girl Who Slept for Scotland” – demonstrated that Scott hasn’t lost his pop penchant. Both songs had infectious melodies and indicated that Mike’s very funny. Only he could transform the lines, “It was the nearest thing to hip / In this shithole and it’s gone,” into a catchy, crowd-pleasing sing-along, as he did on “Hip.” Only he could find the humor in an ex-lover’s sleep disorder, as he did on the melodic “Scotland.”

When Scott led The Waterboys through his classic songs, he made new his most famous tunes. “We Will Not Be Lovers” was heavier and more psychedelic than it is on Fisherman’s Blues, with Wickham swirling his way into the stratosphere (Mike’s glowing smile returned on this one). “Song of Wandering Aengus” was just as beautiful as it is on An Appointment with Mr. Yeats – but its stripped-down arrangement allowed the song to find a new kind of beauty, one that allowed Brother Paul to play one of his best solos of the night. And “The Whole of the Moon,” from This Is the Sea, was a first-rate rendition of what’s perhaps Scott’s finest song.

Scott and Wickham’s duet on “Don’t Bang the Drum” was the standout moment of the night. The pair metamorphosed the song from the triumphant opening rocker on This Is the Sea into a sadly-gorgeous, dirge-like cry of existential pain. Scott’s piano and voice, along with Wickham’s fiddle, simply wept – and Mike offered some new lyrics that referred to the racial strife that has dominated Baltimore and the rest of America for the past few months and, in all reality, since the country’s inception. 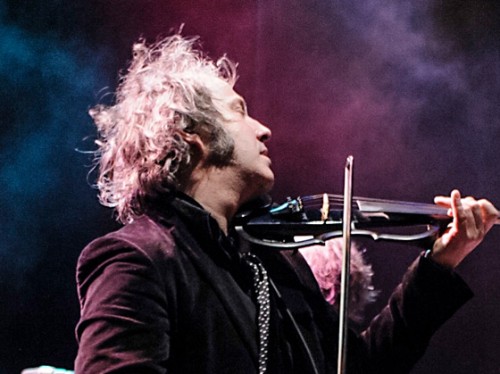 Scott and Wickham soared on the first encore song – Prince’s “Purple Rain.” Scott brought out the introspection inherent to Prince’s chord progression and hit the falsetto notes at the tune’s end, while Wickham reproduced Prince’s heavenly guitar solo on his fiddle as if he were channeling the song’s spirit.

After closing with a rousing rendition of “Fisherman’s Blues,” Scott and his band went off stage and into the Milwaukee night. It was an evening and a concert that proved once and for all that that he more than fulfilled his destiny to be one of our greatest contemporary troubadours – and that his destiny is entwined with fans everywhere, who lend him their ears every chance they get.