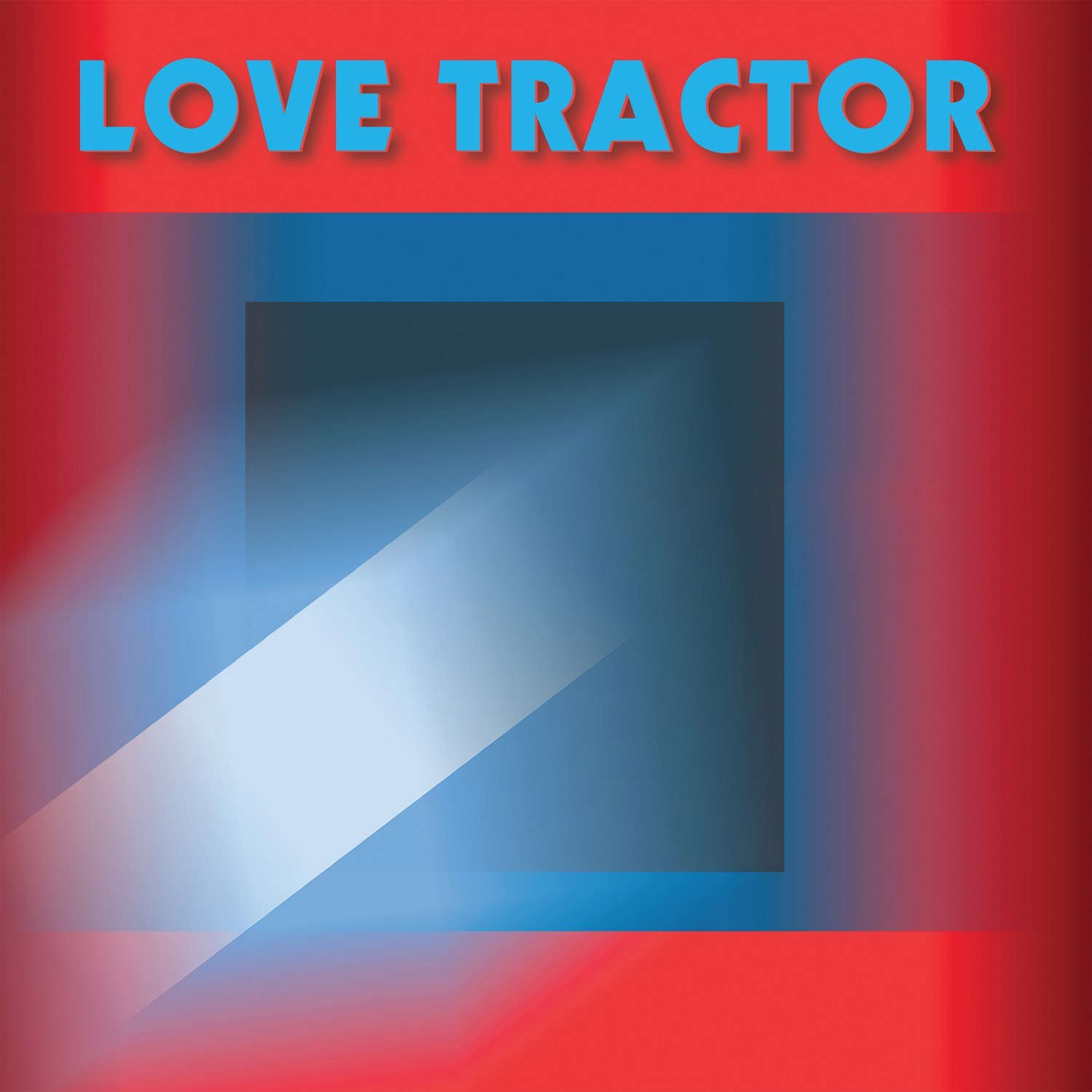 If it weren’t for the fact that I’ve just recently renounced that most vaunted of music writer conceits, the end-of-year best-of list (essay forthcoming), this newly remastered self-titled debut from these originators – along with the B-52, Pylon, and R.E.M. – of that long-legendary scene from the little hick city that could, Athens GA, would sit with a grace both knowing and unassuming at the top of the ‘Reissues of the Year’ category.

Appearing originally in 1982 on Danny Beard’s local DB Records, Love Tractor, for a host of reasons, was a breath of fresh air in a post-punk world that had begun to edge toward the stale, its original flame, while reignited periodically over the years (and currently, of course, stoked back to no less than a roaring inferno) guttering at that time from the desert winds of pale imitation and, well, change. Quite possibly, for many, the foremost reason this eponymous first strike struck with such guile is that it’s 100% instrumental – the weird sibilance heard in “Tropical” that sounds like a snake’s phone has been tapped notwithstanding – relying not on lyrics and their message but instead a plucky, innate inventiveness to carry the day, which in Love Tractor’s case it did so with an aplomb that would be cheeky were it not so down-home charming. And though one could, at a stretch, characterize the band’s sound as quirkiness cousins to the likes of New York’s Polyrock and, say, The Tapes from the Netherlands, the herky-jerky quotient to the extent that it exists at all here is less anxious, less urban, more, perhaps, southern. To put it simply, their sound, as was endemic to the whole of that little city’s early milieu, was particularly unique, catalyzing what cues could be culled from the bigger wider world by subjecting them to the naturally occurring influence of what was, in a sense, despite it being a ‘college town,’ Athens’ village-like DNA. Whatever the case, on the vaguely avant-pop family tree of the time, Love Tractor was, delightfully, out on a limb of their own.

Deftly pugilistic arrangements punching, yes, above their weight but with a wildly meticulous nonchalance-of-sorts that finds the fraught and the calm living in a convivial harmony, the presiding vibe permeating these original eleven pieces (there are a trio of truly worthy bonus track remixes tacked on at the end of this reissue), not unlike likely touchstone the Feelies, is oddly gentle given the often frenetic energy being expended. From the moment the needle drops on the first track first side (“Buy Me A Million Dollars,” chirpy, bright, irresistible) we’re dropped into a taut whirlwind in which the pace may not always be exactly breathless but the concise, inspired songcraft, maintained with an unstinting consistency throughout, is breathtaking.

Rendered from what seems, on the first impression surface, a naifish palette, Love Tractor cuts with such a sinuous, almost jazzy sophistication that, besides disabusing one of that initial impression, is nearly trance-inducing, luring one up to dance like the proverbial cobra responding to its keeper’s pungi. A quartet consisting of core members Mark Cline, Mike Richmond, Kit Swartz, and Armistead Wellford (with assistance from a small handful of others, former member Bill Berry among them), the band coalesce around a level of intensely shared intuition that few others could match. “Sixty Degrees Below,” in its brief two minutes, corrals an expansiveness sixty times its size (true just in general with your basic LT composition), “Festival,” past its vaguely cow punk jump-in, boasts a quick attention-getting middle passage that wields a cinematic shimmy that might suggest Morricone in a mathy punk band sweating it out on a muggy summer’s night in (let’s say just for fun) the original Athens, while the irrepressibly buoyant “Chilly Damn Willy” doubles down on the very precepts that undergird the very soul of the Love Tractor schematic – a complicated economy of notes cast in service to compositions whose goal, it would appear, is to lull the listener in with a purport of nice, safe predictability while in the same moment tripping you up with its exact opposite – and thus ends up being so sneakily accessible that even MTV took it home to meet its parents.

And, really, that’s the gist, isn’t it? Just when you think you’ve got Love Tractor and their stylistic wiles figured out they torpedo you with another sly little squiggle of genius that, yes, blows you out of the water. Incomparable down to the last drop – Lester Square’s their only potential go-to comparison which is some fine company to find oneself in indeed – the wonder isn’t that the debut from, frankly, a band of relatively modest renown would merit a remaster after thirty-eight years but rather that it took this long. In a way, though, that’s fortunate as this freshened-up version of Love Tractor here before us on the fine Happy Happy Birthday To Me label fucking snaps a crisp and spangled edge that’s noticeably finer than the crisp and spangled edge that brought it to our attention in the first place way back in yonder halcyon days. Some things, they say, are worth waiting for, and this is, most certainly, one of them. [One, below you’ll notice a Soundcloud link to the entire album. You’re welcome. Two, Love Tractor was released on November 6, 2020 and is available here: https://lovetractor.bandcamp.com/album/love-tractor ]