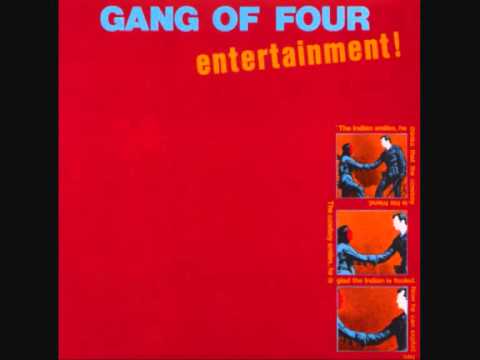 Let’s begin with the premise that of all the many genres that have emerged in the history of rock’n’roll – setting aside for now their very validity, whether they’re all naught but mere media constructs etc – the two most vital and enduring, based on influence, innovation, and sheer sonic audacity, have been the ‘psychedelic’ years circa ’66-’72 or so, and post-punk, for which we’ll use Simon Reynolds’ parameter of ’78-’84. As a matter of course I’ve always ceded the top tier to the psych faction (in which I include garage rock and the earliest, most vivid stirrings of prog and krautrock), citing its vast reach – you can find psych collections from every corner of the planet – and the fact it literally transformed culture. All the while, though, the contrary view – that the two positions should be flipped – has nagged at me, and I’ve just the other day figured out why.

For one, nothing that’s come since the psychedelic era has had the advantage of, well, psychedelics. The injection of widespread pot use and, especially, LSD into a til-then bland-by-comparison booze-based culture, not to mention a musical landscape that had barely escaped the shadow of Tin Pan Alley and/or the blues and R&B blueprints borrowed from black America, is enough of an unfair advantage to merit an asterisk in the record books. So there’s that, having an enormous blank canvas on which to explode like a world-wide collective of audio Jackson Pollacks, which no one after was ever going to have again. But even considering that, I’ve always secretly held that the music that the post-punk era produced in its prime was of a greater lasting value than its lysergic forbears and then a few mornings ago walking across the Willamette River the reason why hit with the force of a Joycean epiphany: the music never ages.

There is of course no shortage of neo-psych bands plundering the aesthetic archive these days and coming up trumps. From Tame Impala to Black Angels to whatever John Dwyer’s doing this week, the entire schematica seems to have someone plugged into it. But I would argue that despite – and because of – psych’s revivalist fervor these past few years the sound remains redolent of its origin times, exciting as they assuredly were. Socially and culturally, of course, the 60’s early 70’s inhabited a very specific zeitgeist – Vietnam, assassinations, protest, Nixon, countered by all that love and inherent grooviness – one that had more or less evaporated – or been expunged – by the time the dogmatism of punk gave way to the dark blossoming of post-punk. Come that time, what resulted, in terms of character of sound, for any number of reasons, isn’t as subject to its time period’s distinct imprimatur. In a sense it never had a date stamp, the atmospheric values post-punk reflected – alienation, politically-driven despair, the feeling you’ve been painted into a corner – haven’t changed, haven’t abated, are as real as ever. This is how those currently revisiting ‘the ‘sound of ’79’ – witness Eagulls Savages Holograms Iceage – can sound as vivid and x-acto knife sharp and brimming with challenge as they do. It may well be a revival but what’s being revived, in terms of tone and motivating circumstance, has never left, and in fact fits these Snowdenized days of internet insecurity and the irony of social media seclusion meeting rampant government surveillance as well as it did the still Cold War-shadowed era of Thatchered ruination. As I said, it doesn’t age.

With that in mind we come to Entertainment!.

It’s only our shared consciousness of its existence, its standing as one of the most thrilling rock albums ever issued – never mind among the most mind-blowing debuts – that rather disallows my reviewing it as a modern-day release. Entertainment! hasn’t just stood the test of time, it’s trampled it.

I’ve loved this record since the day it hit my turntable, we all have, yet it still surprises me. Not so much in what I hear – I swear I know every note and nuance (though I still can’t fully make out Jon and Andy’s vocal overlap on “Anthrax” but who can?) – but in how I hear it, how I physically respond to it every time. It’s as if I have to catch my breath anew with each listen, calm the nascent twitch of muscle, let the internal 23-year-old fade, with grace I hope, back into the guy on the brink of impending dotage. How does any record do that?

Entertainment! arrived in September of 1979 on the heels of both the “Damaged Goods” 7″ EP that had landed with staggering force the previous December and the subsequent electrified buzz that EP and reports of live shows had generated. Anticipation was keen, expectations high. Still, it’s doubtful much of anyone would have wagered their wage packet on the chances that we’d get what we got, an album of bracing, almost cutthroat consistency, twelve tracks throwing off fantails of dry incendiary sparks like those flying from a welder’s torch, adapting and compressing to a near-breaking point the writhing spines of fractured funk and the Augustus Pablo’d hauntings of dub, the latter transformed from floating mystic echoes to just another essential item on the menu of shards that characterizes the entire record. Added to this, clipped, unstintingly intelligent lyrical content that stuffs both loaded innuendo and oblique-to-outright polemic into a jar and lets it explode in its own time. Taken together we’re assaulted, and with unparalleled pleasure, by a kind of trenchant ecstasy, a state of mind and body and intrinsic spirit where we’re simultaneously on edge and being pushed over it, landing in a breathless mess on a peristaltic dancefloor, catharsis and tension in a hopelessly tangled tango.

It starts, in the form of “Ether,” with rhythm. First Dave’s bass, throaty and direct, monstrously articulate, then the kick-in of Hugo’s drums, a sense of explosive compression in every stroke, more restlessly intense than angry, skittish even, but the tightest skittish imaginable. That rhythm section, in the course of the next near-forty minutes, will carve out an incomparable foundation, Allen’s bass playing virtuosic but primal – there’s a ruthless economy at work – that Burnham in turn plays a kind of muscular hide’n’seek with, his drum patterns scampering and dodging with enough fitful surprise to stymie hopeful imitators to this day. Stitch in Andy’s guitar, flinty agit-funk scatterings wreaking their own blistered precision (Dr Feelgood was a cornerstone influence on these guys and you can hear it not least in the tight frenetic whips of Gill’s stabs and jabs) and Jon King’s vocal – in the case of “Ether” trading lyrics with Gill – its tenor somewhere between being somewhat plainspoken and just plain desperate, an undercurrent of existential exasperation hoping to find a way to vent and never really succeeding, the tension – and the release – withheld, and we’re left gasping, almost exhausted, even as an agitated exhilaration vibrates in the air around us. That’s the thing about this record, about its nervous, pacing dynamic – it’s intrinsically physical, kinetic, both in how it’s presented and how it’s heard. You can listen while sitting in a comfortable chair and the charge will still well up in you.

To this point we’ve only talked of “Ether” but in many regards we’ve covered the whole record. The template and its elements don’t much vary but when the ‘sameness’ of your sound amounts to a sonic textbook definition of ‘riveting’ the point is largely immaterial. And lest we forget, an infectious – if a bit spiky, tetchy – groove permeates Entertainment! front to back, with juddered melodies dropping in and out in pop guerrilla fashion, aided by what may safely be called ‘killer progressions’ that climb all over and virtually attack every track. As if in sly deference to what its title promises, there is no shortage of hooks on this record to leave the punter happily entertained and whistling down the pub.

None of which is news to any of us since we’ve heard Entertainment! hundreds of times (and if you haven’t heard it, oh my am I envious of you). An iconic staple of the collective library, engraved as if by diamond stylus on our common consciousness, there’s no added value here in detailing the chipped rhythm marvel of “Natural’s Not In It,” the live ammo funk shots taken in “Not Great Men,” the ruined-chime beauty and utter irresistibility of “I Found That Essence Rare,” the visceral-bass-throb-meets-guitar-defenestration of “At Home He’s A Tourist.” It’s surely a testament to the record’s undiminished durability that every one of those tracks just mentioned played in your head just now as you read them, as would any of the others. All one has to say is “Anthrax” and our jukebox brain lights up and buzzes and the song starts playing, “..and I feel like a beetle on it’s back..” Nor need much ink be spilled extolling the hard squint of intellectualized awareness that suffuses this album’s every waking moment, the biting observations – grounded in Situationism, in university Marxism, in layers of Brechtian dislocation – delivered by King with a deadly perceptive, detached zeal. As much an integral part of Gang of Four to be a fifth band member, that aspect couldn’t be escaped no matter how hard you danced. All of which, again, we all know, so how does Entertainment! retain its immediacy? Oh yeah, that’s right: it doesn’t age.

This presents a peculiar challenge when tasked with writing a review. The eager energy with which Entertainment! continues to leap from the speakers belies its standing, its pedigree. The record has never stopped having an impact through every one of its thirty-five years and is in the unique position of still exerting influence while actively challenging those it influences. Which makes it nearly impossible to speak of in the past tense. In the end I only know a couple of things. One is that thirty-five years from now someone else will be wrestling with this same slippery paradox, and the other is that the presence – and I mean presence – of Entertainment! in my life has been a privilege.

Check out our interview with Gang of Four bassist Dave Allen HERE.

Check out our interview with Gang of Four drummer Hugo Burnham HERE.

Check out our interview with Gang of Four’s Entertainment! author Kevin Dettmar HERE.