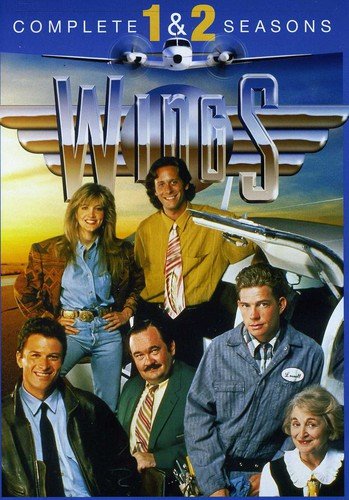 The 73-year-old Schramm graduated from Julliard in New York (he attended from 1968-1972), and over the course of his winning 40-year theatrical career, he appeared in everything from Chekov’s “Three Sisters” to Alan Ayckbourn’s Bedroom Farce.

The Kentucky-born actor who made his first Broadway foray in 1973 in “Three Sisters,” was a founding member of the Acting Company, a theatre collective that counts Patti LuPone and Kevin Kline as alums.

In recent years he appeared in George Bernard Shaw’s Candida, Samuel Beckett’s Waiting For Godot, and the New York Theatre Workshop’s production of Amy Freed’s The Beard of Avon. His later stage work was a 2009 turn in E.Y. Harburg and Fred Saidy’s Finian’s Rainbow at the St. James Theatre in New York City as well as playing Sir Toby Belch in Twelfth Night and Falstaff in the Merry Wives of Windsor.

Biggins, who owned the rival airline of the show’s protagonists (played by Tim Daly and Steven Weber), was a comic foil whose antagonism Schramm played with the perfect blend of  a Shakespearean villain and the comedic touch of Zero Mostel.

“We mourn his loss and will miss him,” The Acting Company’s Margo Harley said in a statement issued Sunday afternoon.

Schramm also appeared in “Jake and the Fatman,” “The Equalizer,” “Miami Vice” and “Spenser: For Hire.”

In an interview with D.C. Theatre scene a few years ago, Schramm reflected on his profession: “A lot of people go through their lives without really centering in on what it is they should do. They go from thing to thing and they don’t quite find something that consumes them. I’ve been very fortunate in finding acting…this is what I’m meant to be doing.”