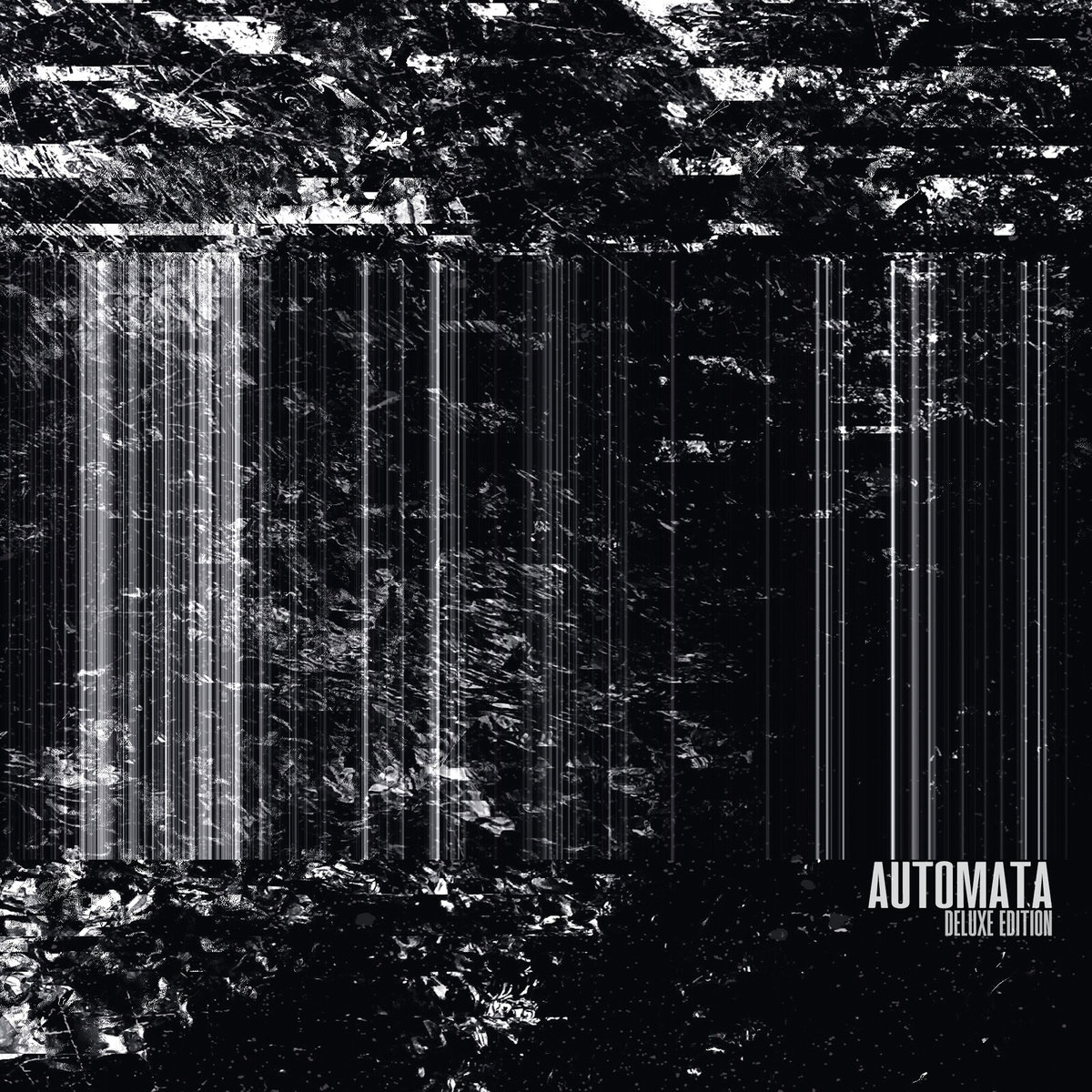 If indeed we have radars, this guy Colin Cameron, doing deeply moody business under the Slighter moniker, has quite likely been flying beneath the one many of you reading this possess, which is odd and more than a bit unfortunate. Odd, because there’s a fair chance you’ve already heard his work without realizing it – the artist/producer’s aptitude for the darkly atmospheric has found favor with an unholy host of media productions (Fox’s Bones and Lethal Weapon, for instance, Showtime’s House of Lies for another instance; there are more);  unfortunate, because this is not a talent you want to remain absent from your listening life for another day.

Shrouded, agile, pinging about the multiverse with a dystopian grace, the sound Slighter conjures could viably be considered the score to our collective nightmare but only so long as it is understood that, even in the face of a disorienting, lurid fear, much beauty nevertheless presides. Yes, Automata seems to allege, these may well be, at differing levels, the presentiments of horror, but notice the glints of light, the way the shapes, though they writhe, exhibit enchantress movements like an underworld Isadora. Surely this is the type work an engaged, modern-day composer should be making in times as fraught and brink-teetering as these.

That Automata would begin its push into your consciousness with a heartbeat beat creeping at you from out of a black silence should be expected, but even given that it still unsettles in a foreboding kind of way. As it grows, “The Shadow” audibly becomes the manifestation of its title, folding in on itself with a hint of the outwardly sinister in its whispers and echoes and the lulling persistence of that rhythm. It’s a typically peerless maneuver from this artist, enveloping you before you realize it’s happening then holding you in a state of suspended abeyance until the album finishes some thirty-nine minutes past “The Shadow”‘s end. Along the way one of the many impressions that’s sure to strike is the utter confidence Slighter has in his material.

Even as his aesthetic raison d’etre borders – at least – on what might be termed the sublimely bleak, his instincts as an artist are too strong to simply float from one caliginous pall to the next as if the alluring force of being an ‘enigma’ is enough to get him by. Throughout Automata, as has been his trademark, Slighter gives full freight to considerations of melody, of structured cohesion, of an ambience rich with pathos. Not to be too blithe or flippant, but if Joy Division had emerged from a modern-day Manchester saturated by tech and surveilled at every intersection rather than the grey industrial doomscape of late 70’s poverty and decay, an argument could be persuasively made that they’d sound something like this, Ian’s emotional turmoil modified by multiple software updates into a hushed murmur flatly accustomed to paranoia and disorientation. As powerful, as evasively haunting, this is but a sleeker iteration of that sense of disconnected human experience that drove Slighter’s forebears toward pleasures unknown. None of which would mean jack, of course, without the hooks – and the production – to drag us faithfully along for the ride.

Of the latter, well, this record rather luxuriates in lush textures that both unnerve and soothe, alienation has seldom felt so darkly captivating. Of the former, take your pick. The lowing counterpoint melody of a mournful bass synth in “Isolate,” essential to its status as a nightmare lullaby; “Give Me” (with vox by OHM’s Craig Joseph Huxtable, one of three guest vocalist appearances), which slyly evolves from a chilly, mid-tempo cynic’s love song fletched with a peristaltic rhythm track – both primal and chrome shiny – into something close enough to a club banger that it could conceivably kickstart a Grace Jones revival; the irresistibly sinister groove – over Moris Blak’s beat –  of “The Hurt,” under your skin and making you itch with (a wholly delectable) fear before there’s a chance to check it. Of Automata‘s nine tracks, however, the quote-unquote catchiest might be one of those where it’s just the man and his machine(s). It may also be this album’s most disturbing.

Enveloping, steeped in a dread of inevitability, “Survive” looms in a nether-consciousness, its core melody a moaning gift from purgatory. Presenting as its primary character an unseeable, unnameable force – one could also say ‘unspeakable’ as well except, in the quiet menace of Slighter’s vocal delivery, it’s enumerated with exacting clarity – it’s a presence whose origins my be murky but its intentions are far from opaque. All evocative enough in itself, of course, but it’s that guitar breaking in midway, cracking the track open like an abyss opening beneath your feet, that truly seduces and leaves you helpless, it owns you.

Above all else, Slighter’s work is bracingly intelligent, as economic as it needs to be, as expansive as it needs to be. There is, in a phrase, an intuitive elegance to it, a quality that edges Slighter towards an on-par level with the great composers past and present, possessing as it does an uncanny ability to capture in something close to three-dimensional audio detail the melancholic zeitgeist of our own deeply fraught and troubled age. Indeed, what may be the most frightening truth seeping from the rich textures of Automata‘s sound is that there’s nothing really futuristic about any of this at all. Rather, it reflects a darkened futurism that’s is already arriving. We can wake up and blink into the glare of dawn every morning, immerse ourselves in that glimpse of brightness and hope, and yet we know a darkness is coming. In the end, though, as this work seems to suggest, there’s no saying it won’t be beautiful.