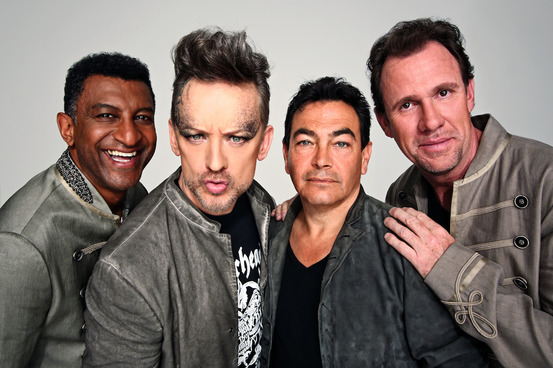 With all of the original members back in the fold, Culture Club are hard at work on a new album.

Working with Youth (Primal Scream, Crowded House) as their producer, they’re set to release the record in 2015.

Meanwhile, the band announced North American tour dates that will kick off in November, marking the first time in nearly 15 years that they’ve played together.

Boy George will reveal more details this week (August 14) when he appears on “Late Night With Seth Meyers.”