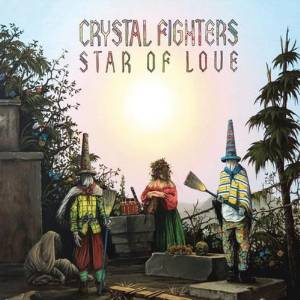 Crystal Fighters have revealed the cause of death of their drummer Andrea Marongiu.

The passing of Marongiu on September 11 came as a shock because the 32-year-old seemed to be a picture of good health. Energetic and athletic, Marongiu’s tireless performances marked him as one of the most innovative and gifted drummers in modern music.

The recently-married Marongiu last Tweeted the following message on September 11: “At home recovering…watched #Locationlocationlocation, #GordonRamsay and #Jamie Oliver…Defo getting older…”

This last Tweet left fans of the band befuddled at what exactly Marongiu was recovering from and now his bandmates have cleared the matter up in a statement on their official Facebook page:

“Thank you all so much for your messages of condolence, sadness and shock over the passing of Andrea. We don’t wish to go into too much detail at this time, but we must let you all know that he was taken from us due to an underlying heart condition that we didn’t know existed. Andrea was a keen water polo player and complained of some heart pains after training, so sought professional advice the following day and seemed to be recovering well at home, but was taken from us by the same affliction on the evening of Thursday 11th September. His wife and family wanted all Crystal Fighters fans to know that he absolutely loved playing for you all, and I want to thank you all for loving him back for it. Peace to you all at this difficult time.”

The Sardinia-born Marongiu was a self-taught musician who joined the London band in 2010. His creative drum fills were deeply rooted in African and Spanish rhythms and his almost preternatural sense of swing and groove translated perfectly to electronic dance music.

You can make a donation in his memory here: