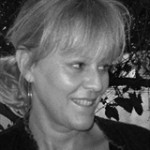 Yvonne Prinz is the owner of Amoeba Music (Berkeley, San Francisco, Los Angeles), the largest independent record store in the United States. As the outlet likes to say, “We’re more than just a record store — we’re a 21st century music outlet, a website, a popular live performance venue, and together with our customers we’re a meeting place for California’s most colorful community of progressive and creative minds.” Yvonne Prinz is also the author of five Y.A. novels and her publisher is the internationally respected house Algonquin Books. 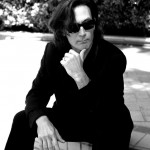 Acclaimed film director Tom DiCillo won a Grammy for “When You’re Strange” a documentary on The Doors. DiCillo is the writer and director of “Living In Oblivion” and “Delirious,” (both starring Steve Buscemi), as well as “Double Whammy” with Dennis Leary, “Box of Moonlight” with Sam Rockwell and “Johnny Suede,” which gave Brad Pitt and Katherine Keener their first starring roles. 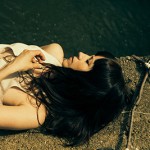 Orenda Fink got her start as one half of the critically-hailed dreampop duo Azure Ray. Fink has appeared on several Bright Eyes albums and is signed as a solo artist to the widely respected Saddle Creek label, which is one of the only record labels in the world to own its own entertainment venue (Slowdown, in Omaha, Nebraska). A combination of a live music venue, shops, restaurants and apartments, the venue was developed by Saddle Creek Records as a direct competitor to the Sokol Auditorium in Little Bohemia. Slowdown is said to be “unlike anything in Omaha – or the Midwest” because of its comprehensive, mixed-use design. 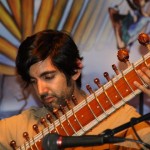 Montreal’s Elephant Stone was formed in 2009 by sitarist/bassist Rishi Dhir. As one of the most highly sought out sitar players in the psychedelic music scene, he has recorded and toured with Beck, The Black Angels, Brian Jonestown Massacre, the Horrors, the Soundtrack of Our Lives, and many more. Elephant Stone’s debut The Seven Seas was long-listed for the 2009 Polaris Music Prize. The band’s Glass Box EP, a 5-song suite of inspired power-pop/psyche classics found them supporting the Brian Jonestown Massacre’s North American tour, playing multiple European/UK tours with sold-out dates in London and Berlin, and making festival appearances at the Iceland Airwaves, Osheaga, and SXSW. 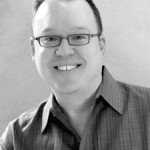 Christopher Phillips is the Editor of Backstreets Magazine, an international circulated quarterly which has been covering the music of Bruce Springsteen and other Jersey Shore sound artists since 1980. In addition to being a print magazine, Backstreets is also a website (www.backstreets.com). It’s the major source of information for the Springsteen fan community. The magazine is now distributed in all 50 states and has subscribers in more than 40 foreign countries.