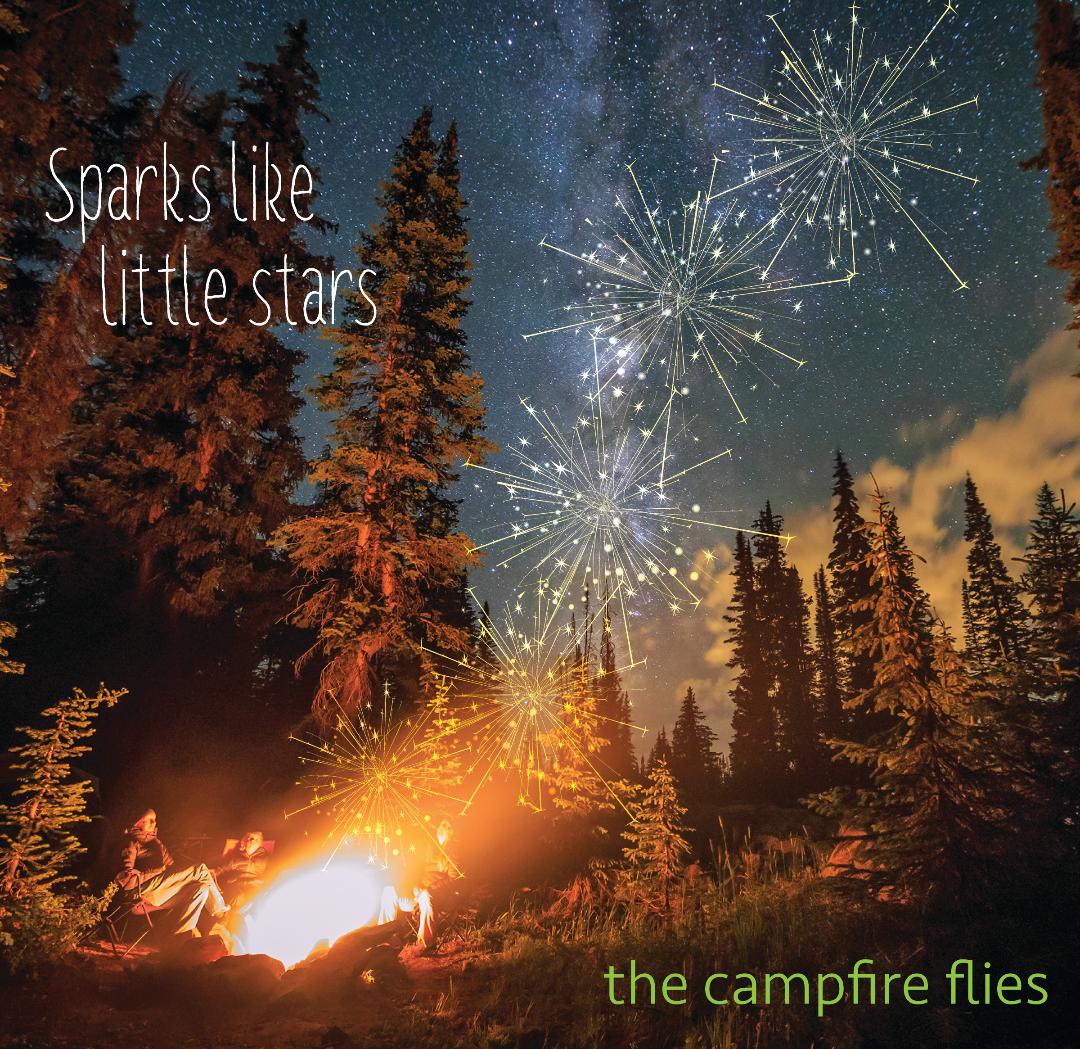 Y’know, we all know them. People made of music. Individuals who, it would seem, have bloodstreams flowing with melody, brains that process nearly every thought as a chord progression, lungs that breathe in lyrics, breathe out harmony. Though clearly I exaggerate you’re no less nodding your head in recognition, picturing those folks that move through life in a pulsebeat of rhythm and key. And though it’s rare enough to have a couple of such pure conduits in any given band, with Campfire Flies we have a whole half dozen of them, every member of the band a veritable font of song.

Now, not to diminish what, by any measure, is a rousing – and only slightly overstated – lede, those claims of natal virtuosity might be a touch less gasp-worthy when factoring in the provenance (and turnpike exits) of the players involved. When you’re a down home, down to earth, down right dream team of a band, comprising members of Feelies-affiliated Speed the Plough (John and Toni Baumgartner, Ed Siefert), the Cucumbers (Deena Shoshkes and Jon Fried), all joined by The Thousand Pities front man Matt Davis, you’re not only bound to wind up creating some of the Garden State’s most deeply burrowing earworms, it’ll be rather expected of you. Debut album Sparks Like Little Stars, released March 22nd on OverPop, meets such expectations in a truly unobtrusive and, shall we say, quietly bold fashion.

Reflecting its dramatically intimate origin story throughout – the Flies’ first rehearsal, a relaxed opportunity amid busy schedules to try out each others’ songs for the fun of it, ended up a candlelit affair at Chez Baumgartner as a storm unleashed hell on tree and powerline alike – the record maps its way with a soft, storm-impervious authority, from the aphoristic folk-pop of Siefert’s opening “If You’re Eyes Are Closed,” its flute and accordion backdrop giving it a strummed touch of New Jersey gaelic, to the timeless, slow country waltz of Shoshkes’ closer”Your Lips Were Made For Me” (co-written by David L Graham), an affectionate unaffected love song that hangs sweetly in the silence that follows. Between that arrival and departure we pass alongside Davis’s brightly aching “Blue Fall Day,” Toni’s flute here hugging its lower register in echo of the track’s shadowed existential ecstasy; “John’s Song” – which is, um, John’s song – a lovely, piano-grounded declaration that presence will be maintained despite time’s relentless grind and the distractions ever-circling; “I Can’t Find A Place That Feels Like Home” (another Siefert effort) through which courses both warmth and doubt and sounds a bit akin to Steeleye Span had they called Hoboken home; the intricate layers and agile juxtapositions of John’s “Deep Water,” flinty philosophical gambits set back-to-front against the summery harmonies and a hopeful piano progression, leaving one in a sweet dark limbo.

During a journey on which Campfire Flies face the tricky navigational feat of upholding those not inconsiderable expectations their various pasts put in their path while trekking over fertile new territory, it no doubt surprises zero of you familiar with this sextet’s collective history that they’ve disported themselves on Sparks with what feels a nonchalant aplomb. On an album where the comfortable and the challenging were treated as conjoined twins joined at the heart, one gets the very strong impression that that origin story storm could have blown the damn walls down around them and they just would have kept on playing, Fate’s focus driving every one of them.